STAR WARS GALAXY OF ADVENTURES Takes on the Battle of Hoth

Star Wars: The Empire Strikes Back celebrates its 40th anniversary on May 21. Lucasfilm is looking back at the movie with some insightful posts on StarWars.com—including how the original ending for the film changed—and also with some special episodes of Star Wars Galaxy of Adventures. Nerdist is pleased to debut a new installment of Galaxy of Adventures focused on the Battle of Hoth. The Empire’s discovery of the rebel base makes for a tense, action-packed opening to the film.

As you can see in the above episode, Galaxy of Adventures captures some of the biggest beats of the battle and subsequent escape. Luke in the snowspeeder! Leia cutting her evacuation too close for comfort! Even though I know how the battle ends, I couldn’t help but get caught up in the action.

I’m not saying I want a remake of The Empire Strikes Back; it’s the kind of film that should stay untouched. However, I would be okay with seeing more of the movie (or any Star Wars movie) in this particular animation style. But barring that, I will content myself by enjoying the manga adaptation of Empire by Toshiki Kudo. 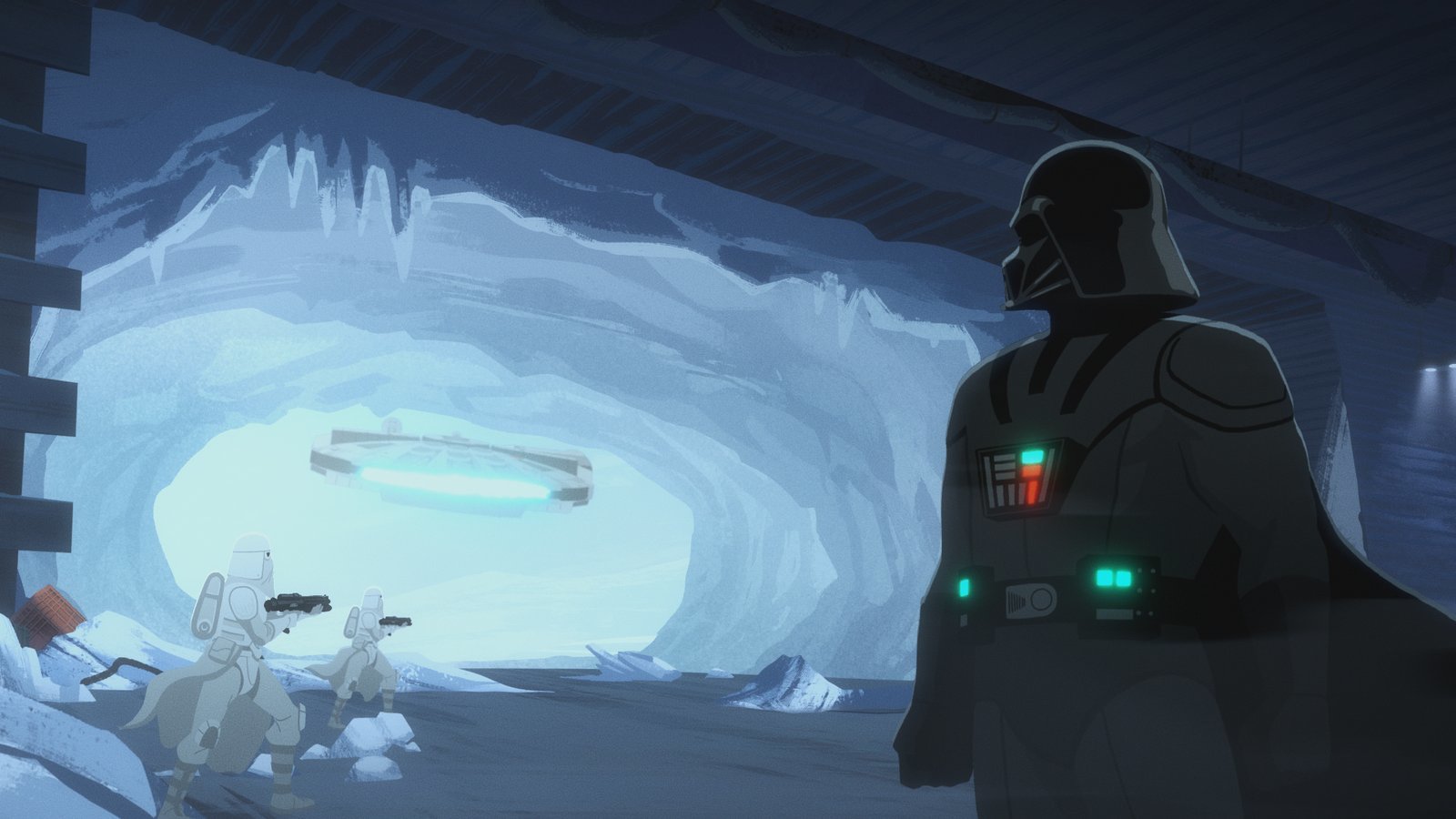 If you’re not familiar with Star Wars Galaxy of Adventures, consider the above video a small sampling. Other episodes focus on everything from a supercut of BB-8 saving the day to Finn and Poe becoming BFFs. The Star Wars Kids YouTube channel releases the show that retells some of the saga’s best moments. While adults can and should enjoy watching these shorts, they’re definitely an ideal way to bring kids into this galaxy—particularly if you’re not sure about introducing them to Star Wars‘ broader themes just yet. This way they can watch some colorful character moments and action and get an idea of just how awesome Star Wars is.