The Battle of Endor changed everything. The Galactic Empire fell after years of the Galactic Civil War. Then the Rebel Alliance, looking to organize a new and fairer governing system, built the New Republic. We know what happens next in Star Wars canon, but isn’t it fun to imagine what’s happening outside the existing story? That’s what the fan made, feature length audio drama The Adventures of the Zolan Dart does. It’s fanfic at its finest. 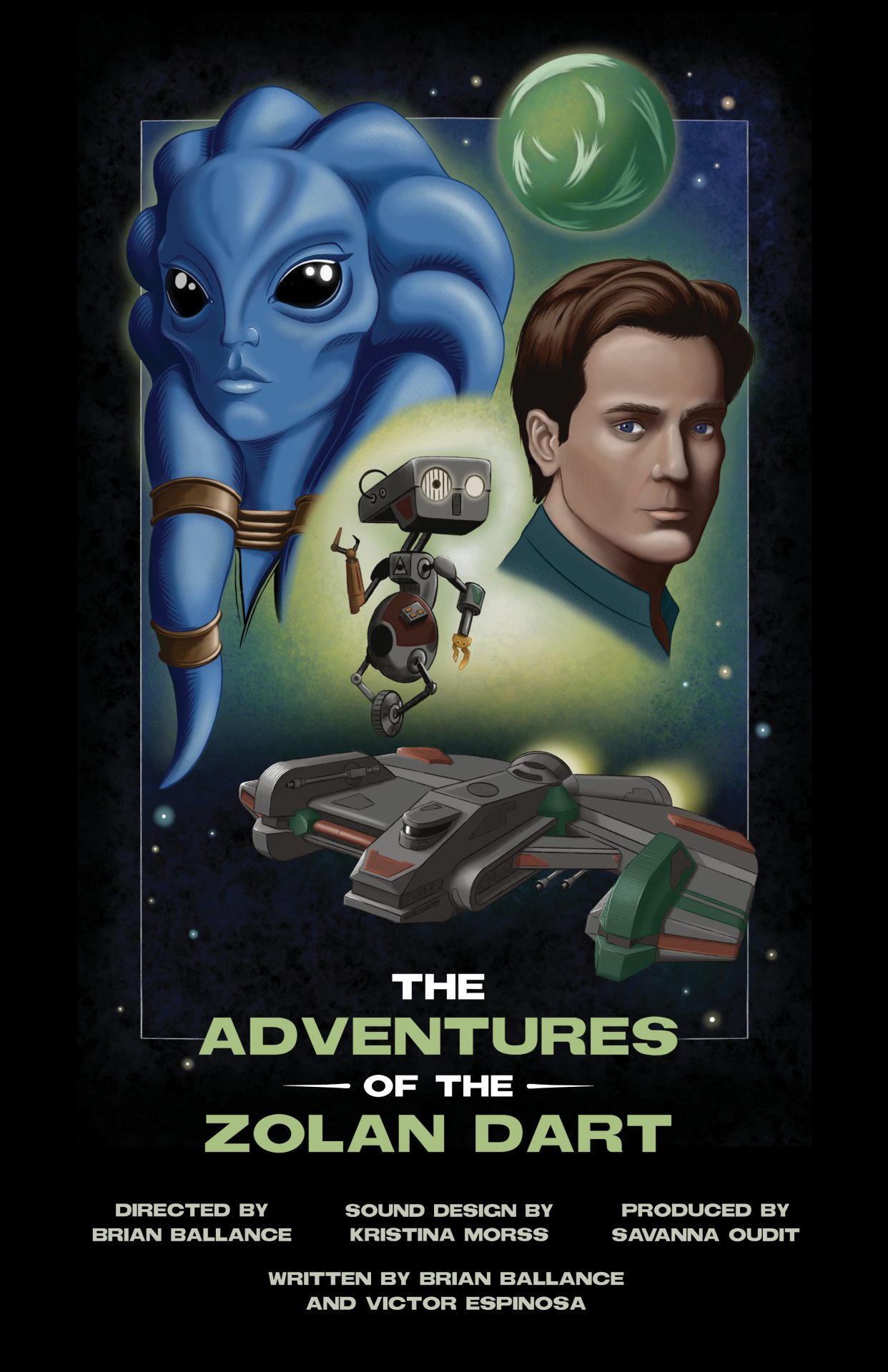 The fully produced Zolan Dart story springs from the minds of Savanna Oudit and Brian Ballance. They’re both lifelong fans of the galaxy far, far away. In June 2019, they had the idea: why not craft an audio drama set in the Star Wars galaxy? And so this romp of an adventure was born. Writer Victor Espinosa, sound designer Kristina Morss, and a whole cast of voice actors joined them to create a story that’s rich and alive—and an absolute blast.

The Zolan Dart‘s crew is just trying to get by. Set several years after the Battle of Endor, their day-to-day business has become more challenging given the lawlessness in the Outer Rim. That crew includes Captain Navsana Otoah, co-pilot Relldar Sias, and the delightful droid MURPH-E. The group has quite the dynamic. They snip at each other the way that people who have worked together for a long time do. You’ll fall into the story in no time at all.

The Adventures of the Zolan Dart is available to stream wherever you listen to podcasts. Just look for The Dorky Diva Show. At just an hour long, it’s the perfect length for a long walk. Or if you’d prefer, you can listen to the above video on YouTube.