Star Wars: Episode IX arrives later this year, and the film will bring a culmination of the Skywalker saga we’ve loved and followed since 1977. Sure, other Star Wars films will be released in the not so distant future, but reaching the end of this arc that started with a farm boy on Tatooine is going to be a huge milestone. What better way to celebrate the entire series thus far than with this amazing super edit trailer, showcasing all eight Skywalker films plus the standalones?

Thanks to io9, we’ve learned about Topher Grace’s love letter to the saga called Star Wars: Always, which he edited with fellow superfan Jeff Yorkes. This is not the first time actor Topher Grace (That ’70s Show, BlacKkKLansman) has shown his love for Star Wars. A few years back, he edited together the entire prequel trilogy into one 85-minute movie; he’s also taken scissors to The Hobbit and edited that trilogy down to two hours.

Of course, only Topher Grace’s friends and family have ever seen those edits, as he’s never released them, but they have become the stuff of nerd legend. But Grace did release his five minute long love letter to the entire Star Wars saga for all to see, and it’ll remind you of all the reasons this story has resonated with generations of fans everywhere. If you don’t get misty-eyed while watching… 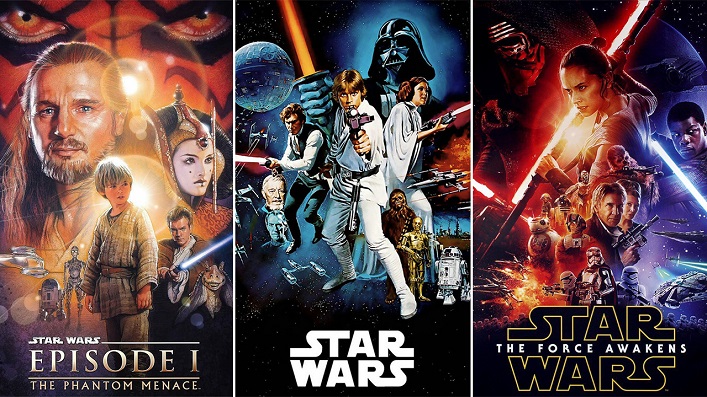 It’s interesting to note that Grace took advantage of the entire Star Wars live-action film canon and even the deleted scenes from the original films. In fact, the opening shot of this tribute features the original opening scenes from A New Hope, which shows young Luke on Tatooine watching the battle in orbit above.

This super edit is similar in tone to Disney Parks’ Path of the Jedi, but I’m going to go out on a limb and say I like this one better. Should Disney ever decide to update that film, they could do worse than giving Topher Grace a call!