Over the years, many fans have made Star Trek podcasts. Some revolve around specific series, others cover the entire franchise. Sometimes, actual Star Trek actors appear as guests. Now, for the first time ever, a former Enterprise crew member is starting one of their own. Via Collider, we’ve learned that Gates McFadden, Dr. Beverly Crusher herself, is hosting a new podcast called Gates McFadden InvestiGates: Who Do You Think You Are?. The limited series podcast debuts on May 12, featuring McFadden talking to Trek luminaries from across the franchise.

In a statement, McFadden said “I can’t say I know the ins and outs of podcasting, although I am learning. But I do know how to be funny and silly, serious and truthful, and ultimately, how to have lively conversations with my extraordinary group of close friends from the Star Trek series. And no, we don’t dissect the episodes, we speak about our lives.” You can hear a brief clip of McFadden chatting it up with LeVar Burton right here.

Aside from Burton, several more of her former castmates from TNG will beam in. These include Jonathan Frakes, Brent Spiner, Marina Sirtis, and Denise Crosby. Another early guest coming to the show is Wil Wheaton, who played McFadden’s son on the series, Wesley Crusher. Hey, all we need now is Sir Patrick Stewart and Michael Dorn, and that’s your entire original TNG cast! 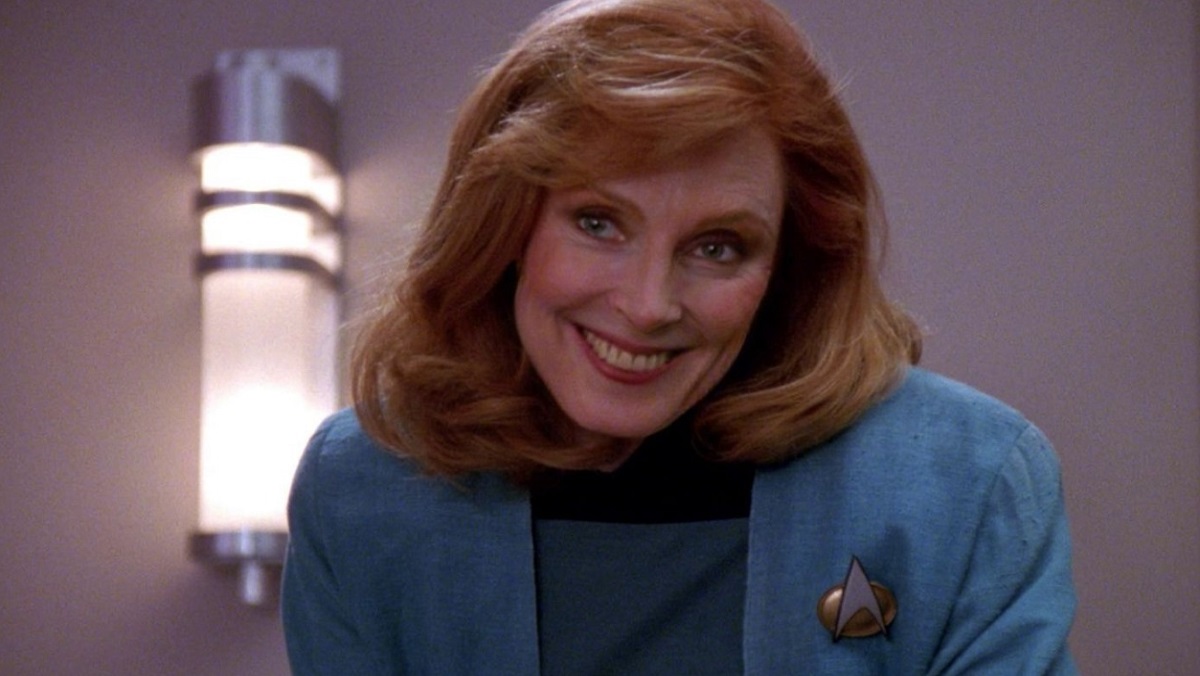 The podcast arrives via NacelleCast, the same company behind Netflix’s The Toys That Made Us. They are also branching out into another Star Trek property later this year, with the History Channel’s documentary series The Center Seat: 55 Years of Star Trek. Beginning on May 12, Gates McFadden InvestiGates: Who Do You Think You Are? is dropping on Spotify, Apple Podcasts, Stitcher, Podbean, Amazon Music and more. So get ready to report to Sickbay.