One of the most talked about films at the Sundance Film Festival this year is Emerald Fennell’s Promising Young Woman. It features Carey Mulligan as a former med student who forsakes her career to devote herself to catching men out attempting to forcibly have sex with her when they think she’s blackout drunk. It toes the line between comedy and thriller rather brilliantly. After the premiere, we spoke to Mulligan and her costar Bo Burnham about what makes the film so special, and why it should empower people to make more art of this kind.

“To just come in and make tea on a film that Emerald had made would have been so cool,” Mulligan gushed about writer-director Fennell. “I just feel so lucky to have got to be in this and work with [her], and obviously everyone else, but to be part of that vision which is just so distinct and so unique. It just doesn’t happen very much. I felt overwhelmingly proud of Emerald.”

“They really seemed to get Emerald’s sense of humor,” Burnham added about the audience reaction at the premiere. “I couldn’t believe it. I was pleasantly surprised that people could switch gears [between the comedic and serious parts]. And Emerald is just really sort of deft in that.”

When I was watching it, I was struck by how of the moment it seemed. The story of a woman taking aim at the “nice guys” out there who aren’t feels very 2019 to me. But as Burnham rightly pointed out, this isn’t a new problem. “It’s interesting, because I felt that way too. But I think to men it feels very much like a 2019 movie. To women, they go like ‘no, this was 1994 as well, this was 1978.’ But the fact that this is actually being given a space and a platform now, I think is specific to this time.”

Promising Young Woman is going to spark a lot of conversation when it opens wide. But for the actors, that was never on their mind. “When we were making it, we really weren’t thinking about the release,” Mulligan laughed. “I don’t ever go into a job and think like, ‘Oh, I wonder how this will go down.’ I really don’t think about what the reception will be or what it will mean. Obviously you understand what the themes are and what it might theoretically bring up for people, but I never think about how my character will be perceived, or how the story will be perceived, or whether it’ll be liked or not liked. When I’m making it, I’m just in an absolute, like joyful bubble of making it.”

“This was like the most heavenly bubble that we were in. I never wanted it to end,” Mulligan continued. “It was only 23 days. It just it went so fast. And it was over. So there wasn’t really any sort of thinking like, ‘well, I wonder if we ever get into a film festival?” The fun on set only happened, Mulligan explained, because Fennell knew what she wanted and how to get it. “It comes from the top. We just felt that kind of leadership, where you make everyone feel valued. Everyone wanted to work. And they had to in just 23 days; everybody had to absolutely crush it. And because of who she is, everyone was doing their utmost. Never once did I see a bad mood or a frustrated moment. She just was hilarious and delightful and thoughtful and brilliant. The whole way through.” 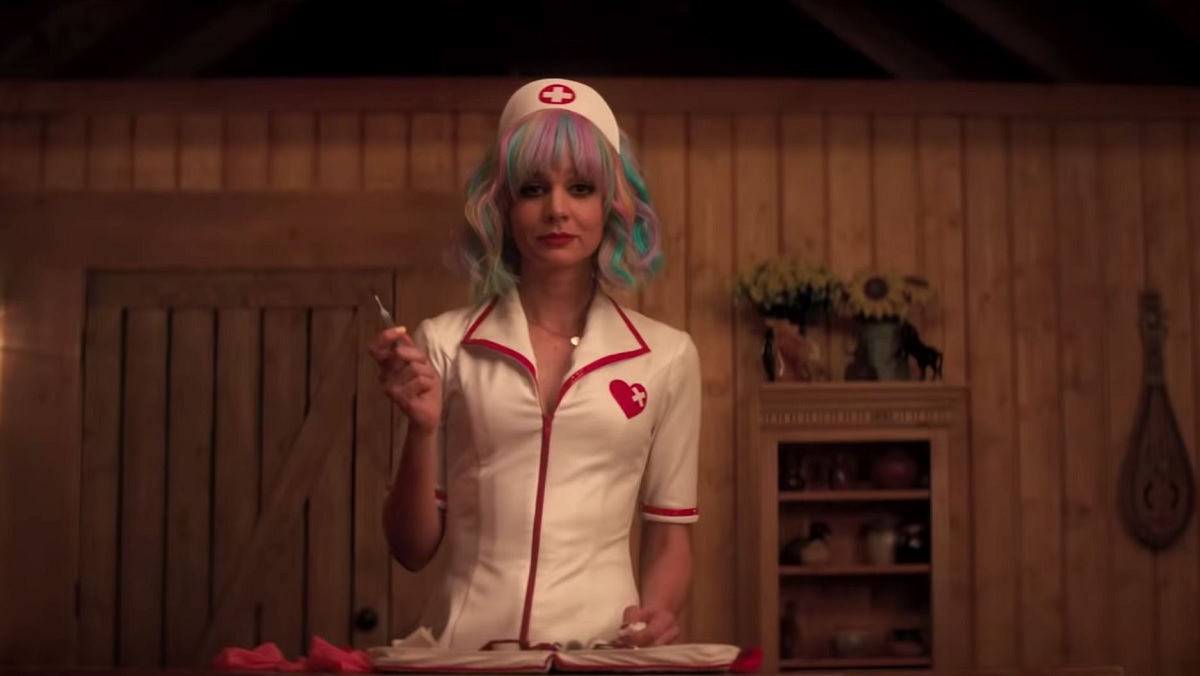 I finished up by asking if they found the movie empowering. Burnham responded that people probably should, but not the way you might expect. “I’ll tell you what, as a person in the arts, I feel f***ing empowered by [this] film,” he said emphatically. “And a lot of people leave that film like, ‘Fuck yeah, like, go for it. Do what you want, your vision, say what you want, f***ing lean into it. That’s empowering. To treat the audience like adults, that understand moral ambiguity and can engage with something like that; that’s inspiring. I think just the film and Emerald as a person is inspiring to go like, ‘yeah, you can walk into the fire and build something if you want.”

“To be so completely uncompromising,” Mulligan joined in, “and to pull it off in 2020. You can do anything without watering it down. That’s what Emerald did.”

You can see Carey Mulligan and Bo Burnham in Emerald Fennell’s Promising Young Woman when it opens wide April 17, 2020.