It's STAR TREK: DEEP SPACE NINE, but With the FRIENDS Theme - Nerdist

So nobody told you it was going to be this way, huh? Your job’s a bad tweet, your crypto account is down 6,800%, and your love life is a ToS agreement with your 13th dating app. It’s a sad place to be. But fret not! For here, we have a mashup between Star Trek: Deep Space Nine (DS9) and the theme song from Friends. And it’s so good you’ll forget about all your problems for exactly 47 seconds.

A YouTube user by the name of Sheldon recently posted the above mashup to their channel. Sheldon, who has no last name, is completely anonymous except that they appear to love DS9. Alongside this video, Sheldon has posted four other dabbles into editing DS9. All of which take clips from the show and stitch them up out of context. (The videos are funny, although to be fair, the show can be ridiculous in context a lot too.)

Sheldon nails the Friends vibe in this mashup, perfectly matching the sitcom’s theme song to bits and pieces of DS9. Starfleet commander Sisko dancing and gambling, Worf looking at some gold underpants, and Kira singing in cocktail attire all work flawlessly as slices of comedy. There’s even a sequence of kisses at the end that would definitely tantalize viewers into tuning in… If Deep Space Nine meet Friends was a real show. 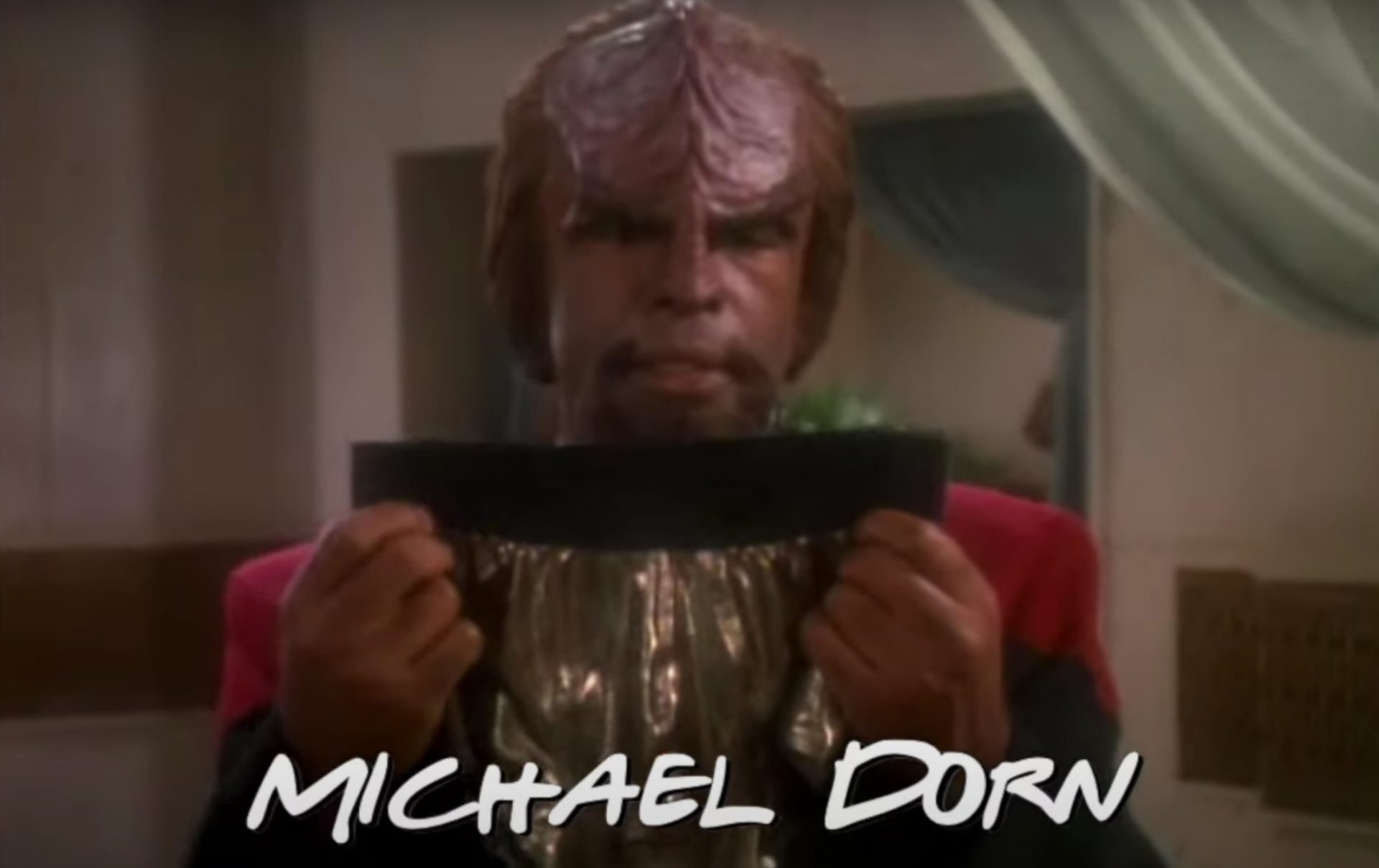 Unfortunately, there are no fountains, couches, or umbrellas in the DS9/Friends mashup, which is fair, as it doesn’t rain all that often on giant starships. But what we’d love to see in future mashups is a deep space visitation from Joey and Ross. The ship’s right next to a stable wormhole, after all. And they could bunk with Worf and Miles and get into shenanigans. That would be a stellar reboot episode for either show.