Were Ross and Rachel really on a break? The debate could rage on forever, but for Friends fans, there is now a way to engage in the argument. And it’s for a good cause!

Jennifer Aniston recently took to Instagram to show off the new Friends merch collection with Represent. This clothing line, which we first saw on Entertainment Weekly, is officially described as a “limited edition ‘Cast Collection’ [that] has been curated by the cast and will highlight some of the cast’s favorite lines of dialogue and iconic moments from the show.” In Aniston’s post, she models a hat that says, “We were SO not on a break,” in the traditional Friends title format, as well as a patented Monica “I know” shirt. The star also made a point to repeat the line in her post caption sharing, “For the record… we were SO not on a break.” And so the running gag lives on!

Those with other Friends favs are in luck, too, because every single main character appears in the collection.

David Schwimmer, a.k.a. Ross Geller, showed off his “Lobster” shirt, which pays homage to Phoebe’s romantic line about Ross and Rachel’s romance. He also shared his charity of choice in the post.

Meanwhile, Matt LeBlanc, a.k.a. Joey Tribbiani, used his mug to toast to an epic exchange that took place between Joey and Chandler over some stolen clothing.

Lisa Kudrow, a.k.a. Phoebe Buffay, elected not to don her character’s shirt from the collection but instead took the opposite stance as Aniston and declared, “We were on a break!”

Matthew Perry, a.k.a. Chandler Bing, showed off his shirt, which doubles as a PSA.

Finally, Courtney Cox, a.k.a. Monica Geller, brought it all together with a shirt celebrating the iconic Friends theme song. Cox also shared her charity of choice, EBMRF, in her post.

The official store also shared that, “The Collection will be released over the next nine months, divided into three ‘drops’ from Seasons 1-3, 4-6 and 7-10 respectively. Each ‘drop’ in the Collection… will be available for one month only, never to be sold again.” 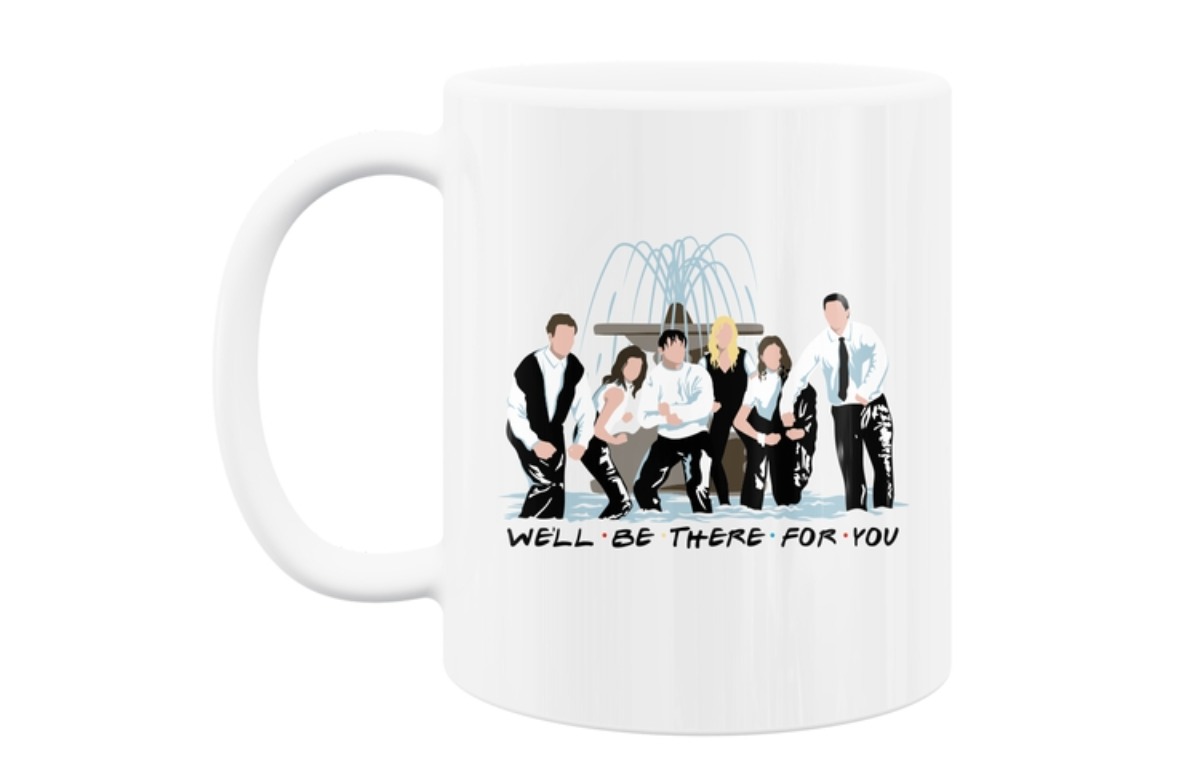 PRINCESS DIARIES 3 Reportedly In the Works, Anne Hathaway Not Yet Donning Crown