This week, the whole world is mourning the legendary Stan Lee, who passed away at the age of 95. Celebrities and fans of all kinds have been hitting social media with their personal tributes to the Marvel Comics icon, posting their selfies with Stan, and sharing their favorite stories of meeting the writer who co-created the vast majority of the most iconic Marvel Comics properties. Now, via CBR, we’ve learned that steaming giant Netflix is paying special tribute to Stan as well, and using one his most iconic catchphrases to do it.

Go to your @netflix. Give it a shot. In the words of @TheRealStanLee: “â€™Nuff said.” pic.twitter.com/JBT39Uzc3P

Netflix put out a tweet that told their subscribers that if they type Stan’s famous catchphrase “Excelsior!” in the service’s search engine, it will actually provide a shortcut to the catalog of Marvel movies, animated series, and original Netflix series (like Daredevil, Jessica Jones, Luke Cage and Iron Fist). Interestingly, only one of those characters involved Stan Lee in their creation, but even shows like Jessica Jones used Lee’s characters like Killgrave, so they count too. 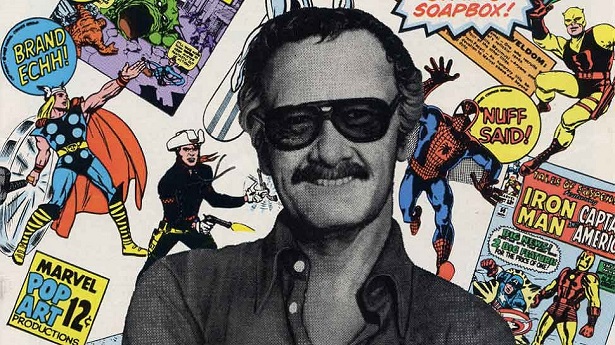 Oh, and if you’ve ever wondered what the term “Excelsior” actually means but were too shy to ask, we are here to help. The phrase means “ever upward,” and was for many years the motto of New York City. Which is fitting of course, as that is the home of the vast majority of the Marvel characters created by Stan and his collaborators. It also means “fineÂ woodÂ shavings,Â usedÂ forÂ stuffing andÂ packing,” but we have a hunch that Stan was referring to the other meaning when using the word.Â What do you think of this cute little way of paying homage to Stan? Be sure to let us know your thoughts down below in the comments.