We recently told you about these amazing stained glass windows based on Marvel superheroes like the X-Men. Those are super cool, but what if your taste runs a little more towards anime? Then these amazing creations based on the films of Studio Ghibli most definitely belong in your house of worship (otherwise known as your home office). Via Geeks Are Sexy, we’ve discovered these incredible windows based on the iconic work of Hayao Miyazaki. 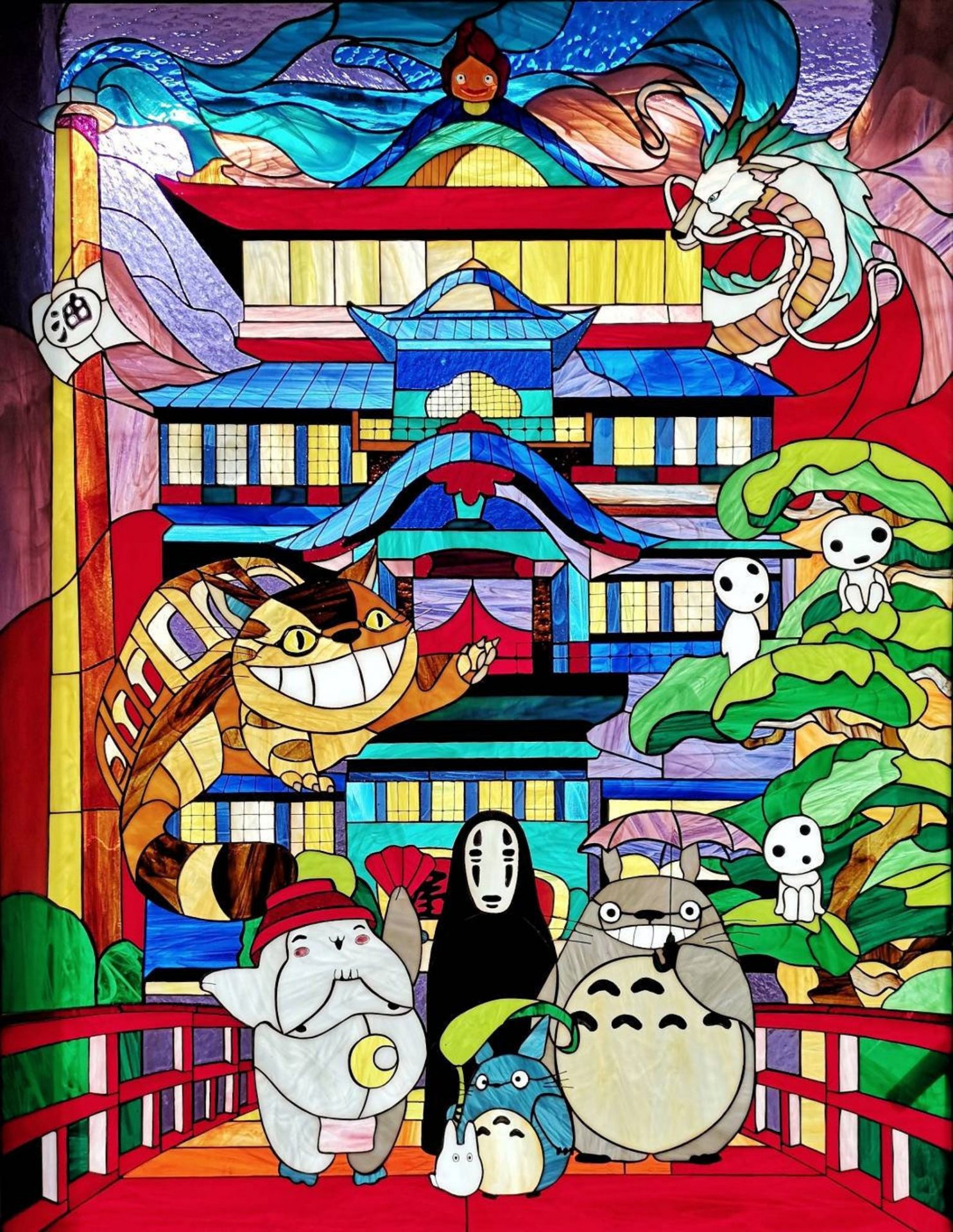 This celebration of the Studio Ghibli characters was created by Russian artists Eugene Koksharov and Anna Dobrunova of Art Brothers Glass. This piece measures 36″ x 27″ (90cm x 70cm). It’s made with 750 individual pieces and in 45 different colors. This one is isn’t for sale—would YOU part with it?—but they have an estimate for how much a commission for a nearly identical piece would set you back. And it’s only a mere $5,000. That seems like a lot. But if you’re a hardcore Miyazaki fan, you’re probably at least considering it. 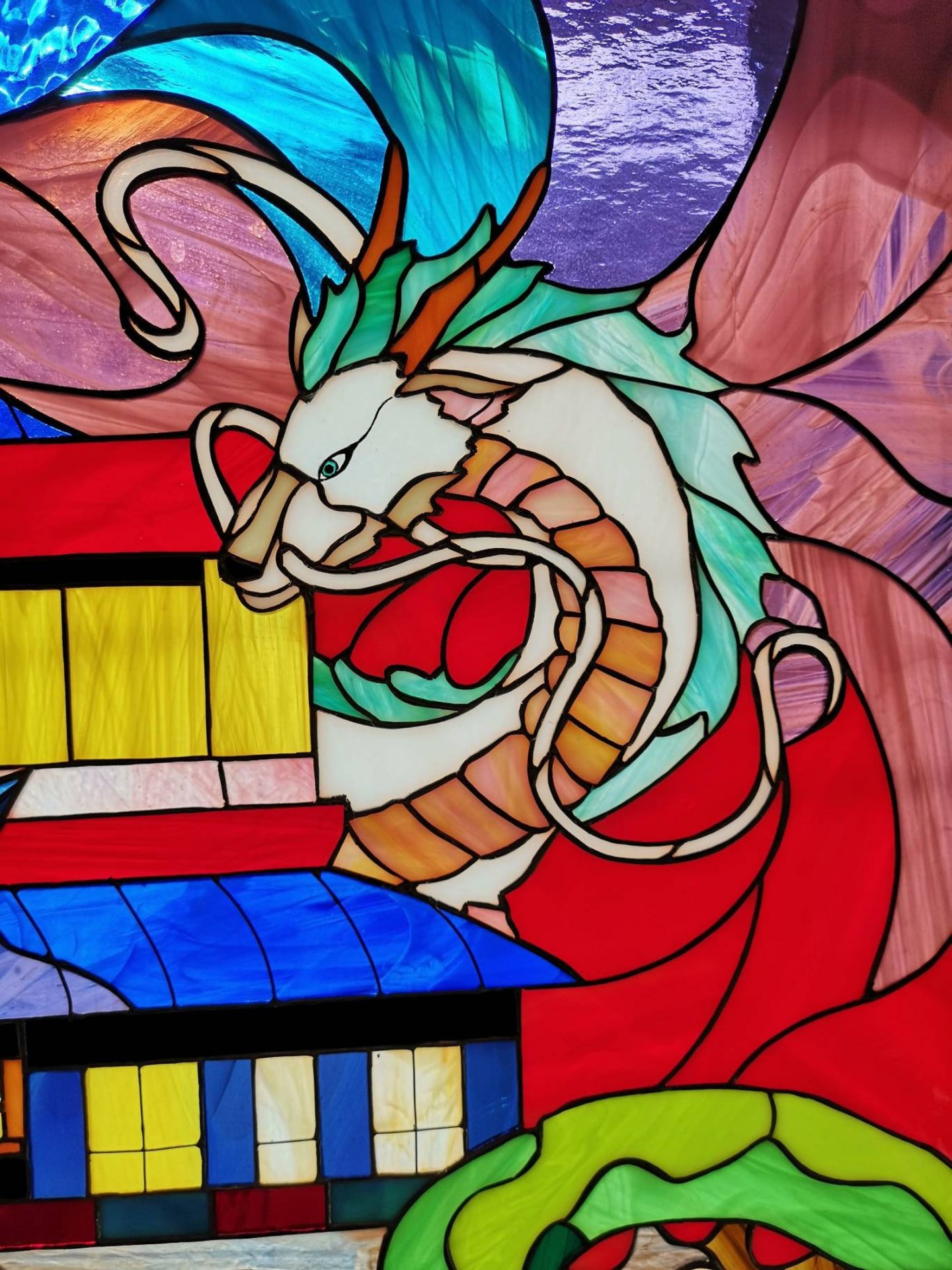 Several of the most iconic characters from the Studio Ghibli library make an appearance in this unique piece of art. There’s Kaonashi and Haku from Spirited Away; Big Totoro, Little Totoro, and Catbus from My Neighbor Totoro; and the Kodama from Princess Mononoke. Sheeta and Kiki don’t make an appearance, unfortunately. But there’s always the chance we get a second Studio Ghibli piece from Art Brothers at some point featuring characters from the other films. 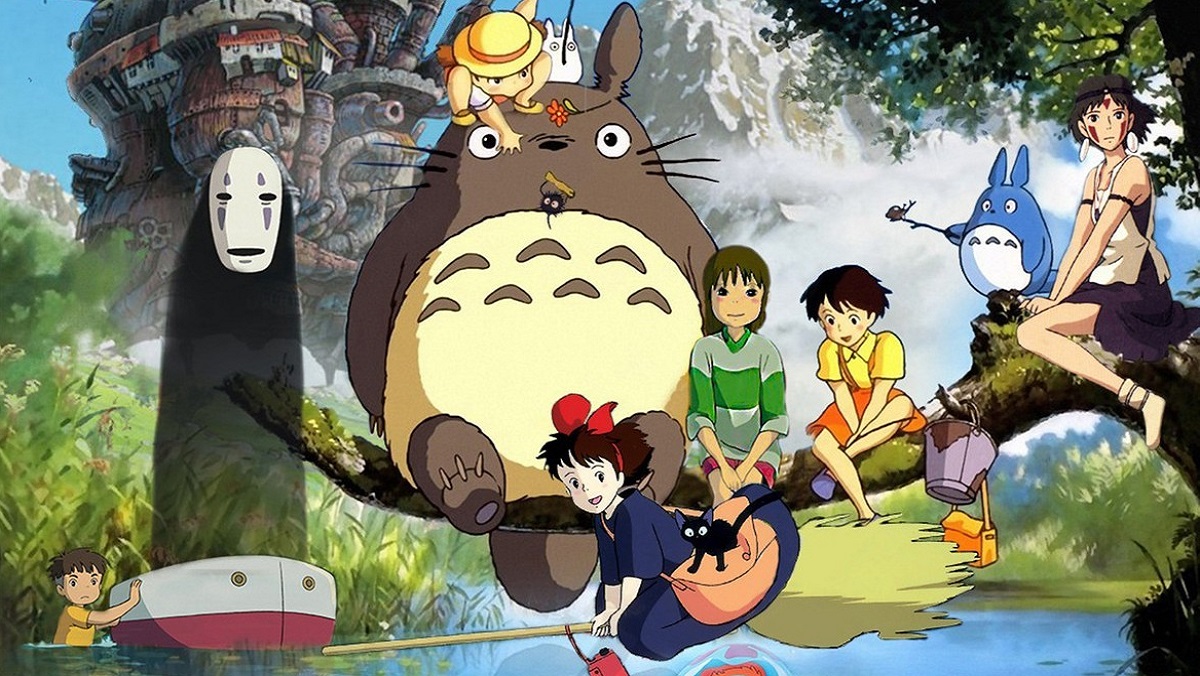 Art Brothers have other amazing pop culture-based stained glass windows for sale via their Etsy shop. There’s a menacing Boba Fett and an Arkham games-looking Batman. There is also several Marvel heroes like Spidey, Iron Man, and Deadpool. One of their most interesting ones is “Hellgirl,” a genderbent version of Hellboy. For more images of the Studio Ghibli piece, and to see some of their other work, be sure to head on over to their Etsy shop.