Netflix’s newly-released thriller Squid Game has taken the world by storm in a very big way. The South Korean TV series follows a group of contestants competing in a series of children’s games—with a giant cash prize. But the consequences of losing a game are deadly. Of the 456 contestants playing the game, Squid Game follows the down-on-his-luck Seong Gi-hun and a handful of other players as they try to survive the game in the hopes of securing the 45.6 billion won (a little over $38 million in US Dollars) cash prize.

Yep, the very terrifying doll is real and currently lives at a Korean museum. Though we cannot imagine she really has camera eyeballs that mean certain death for anyone she sees move. Well, at least we hope not. But the giant doll itself is based on Younghee, a character from Korean textbooks. (Maybe season two will feature a spooky doll based on Chulsoo, who appeared in the textbooks with Younghee!)

Luckily, it seems like, amid all the intensity on-screen, the cast did have a lot of fun behind the scenes. For example, Lee described a failed attempt at improvisation that absolutely broke his scene partner Jung. And Park shared the incredible news that he became a dad on the very day Squid Game debuted on Netflix. 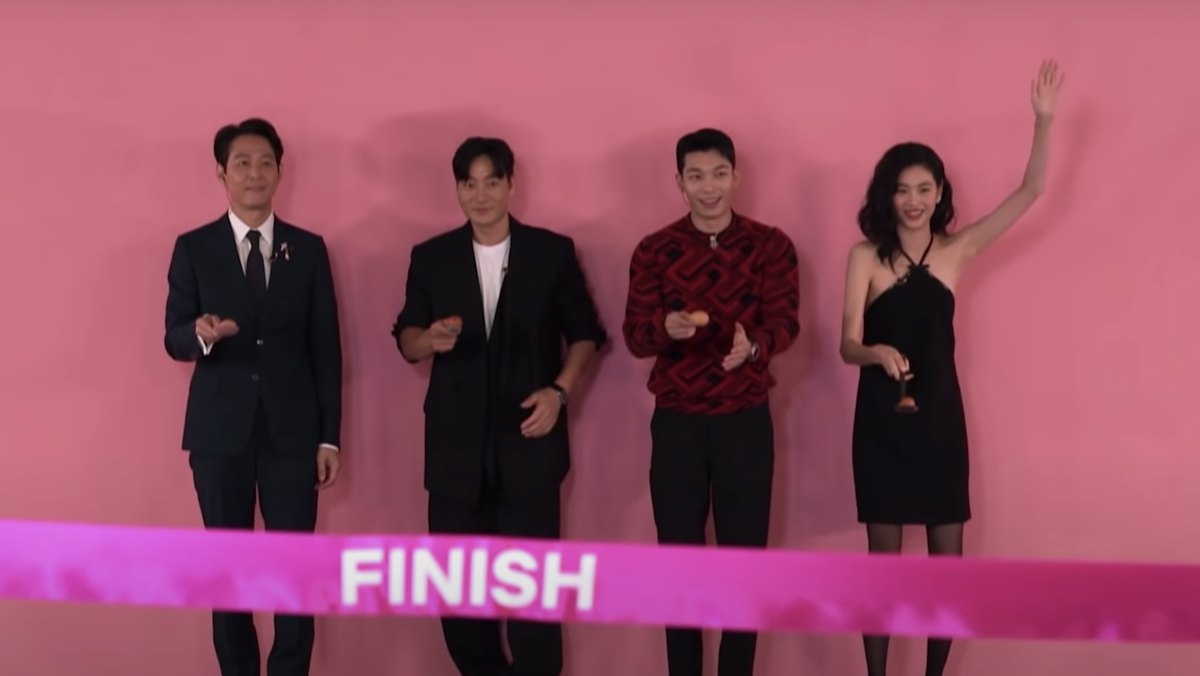 The cast of Squid Games may never want to play children’s games ever again after shooting the series. But Fallon had just a few more games up his sleeve. The cast played a trio of games: Red Hand (which the Tonight Show dubbed as “Slapsies” for the occasion), Rock Paper Scissors, and an egg-and-spoon race.

Luckily, it was not a fight to the death and just a lot of fun.

The series, created by filmmaker Hwang Dong-hyuk, is engrossing and deeply unsettling. So, naturally, people can’t get enough of it. In fact, Squid Game is apparently one of Netflix’s biggest hits ever. While Hwang was initially hesitant to do a season two, it seems he’s been kicking some ideas around, so we maybe haven’t seen the last of Squid Game just yet