SPIDER-VERSE Almost Had All 3 Live-Action Spideys

Spider-Man: Into the Spider-Verse isn’t just one of the best animated superhero films ever made, it’s one of the best superhero films ever made, period. And in many ways, it’s the ultimate comic book movie. It overflows with references to lesser known Marvel Comics characters and obscure alternate versions of Spidey. During a recent quarantine watch party, Spider-Verse producer Chris Miller revealed the film almost had the ultimate Spider-Man cameo scene. It would have made all those other reference pale in comparison. All until the higher-ups nixed it, that is.

We pitched the Sony brass an ambitious tag involving Spider-Ham, Tobey, Andrew, and Tom. They felt it was “too soon”#SpiderVerse #QuarantineWatchParty https://t.co/E91H1eLysr

A fan asked what the often rumored Tom Holland cameo would have been, had he made one. Miller revealed it was going to be even cooler than just the current live-action Peter Parker meeting the animated Miles Morales. At one point, it was going to be all three live-action Spider-Mans.  That’s right; Tobey Maguire, Andrew Garfield, and Holland, together in a post-credits scene. But Sony thought such a huge moment was “too much, too soon;” They instead decided to save that moment for a future film down the line. 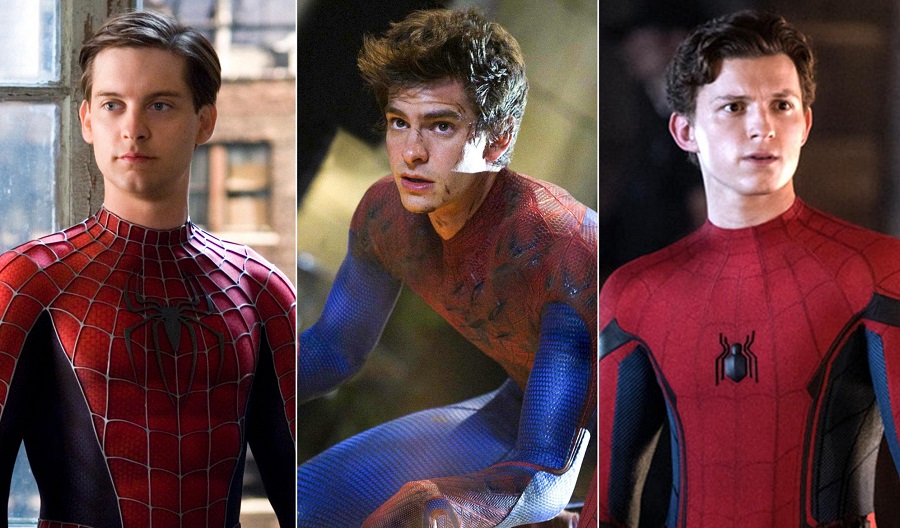 Although it is sad that this cameo was scrapped, hopefully they are saving this moment for Into the Spider-Verse 2. And maybe it’ll be more than just a cameo appearance. It would be a great way to tie-in the entire film adventures of Spider-Man since the original film into one mega narrative, similar to how DC recently did with their own past shows on the Crisis on Infinite Earths crossover. Of course, you don’t want the live-action Spidey actors to overshadow Miles Morales, but having them be a part of the story is something that would certainly make most fans lose their minds with nerd glee. As cool as having Spider-Man 2099 in the upcoming sequel might be, I must say, this would have that beat.