Kraven the Hunter's Solo Film Could Include Spider-Man - Nerdist

Kraven the Hunter’s Solo Film Could Include Spider-Man

With the box office success of Venom, it seems plans are rolling right along for Sony’s shared universe of Spider-Man characters that, until now, don’t actually have Spider-Man in them. While Spidey was not in nor mentioned in Venom, it seems one of the next Spidey villain movies might include the web-head. According to a report viaÂ Discussing Film,Â screenwriter Richard Wenk (The Equalizer) confirmed he’s aiming to include Spider-Man in his script for the upcoming Kraven the Hunter solo film. Created by Stan Lee and Steve Ditko, Kraven was a Russian big game hunter namedÂ Sergei Kravinoff, who saw defeating Spider-Man as his ultimate challenge.

“It’s in the Spider-Man universe. I’m going to adhere very closely to the lore of Kraven the Hunter, and he’s going to come face-to-face with Spider-Man. I think that where we’re all circling is that this is Kraven’s Last Hunt,” said Wenk in the interview. Sounds like Peter Parker vs. Kraven could really play out in live-action.Longtime Marvel Comics fans knowÂ Kraven’s Last Hunt; it’sÂ easily the most iconic story featuring the legendary big game hunter. Published in 1987, this story fromÂ J. M. DeMatteis, Mike Zeck, and Bob McLeod sees Kraven hunt down Spider-Man and seemingly shoot him dead. Kraven then buries him and starts wearing a replica Spider-Man’s costume, looking to prove himself to be the superior urban crime fighter. It ends with Kraven’s death. But it’s comics, so Kraven eventually gets better. 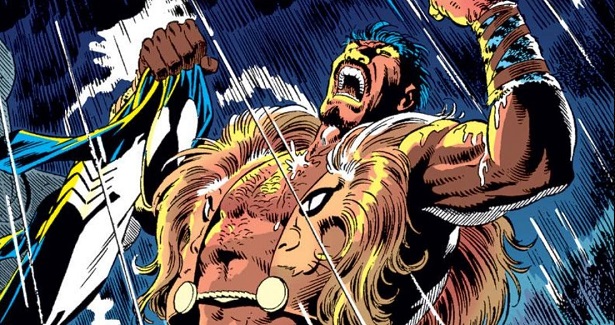 This story could be adapted entirely from Kraven’s point of view with Spider-Man as just a supporting character. He could conceivably never take his mask off. Or maybe Sony is planning something more daring by casting a totally different Spider-Man for their villain-centric universe, and leaving Tom Holland for the Marvel Cinematic Universe.What do you think of a Kraven vs. Spider-Man stand off on the big screen? Be sure to let us know your thoughts in the comments.