SPIDER-MAN: FAR FROM HOME Trailer Brings Peter to the Multiverse

Warning: This post and the new trailer for Spider-Man: Far From Home contains major spoilers for Avengers: Endgame. 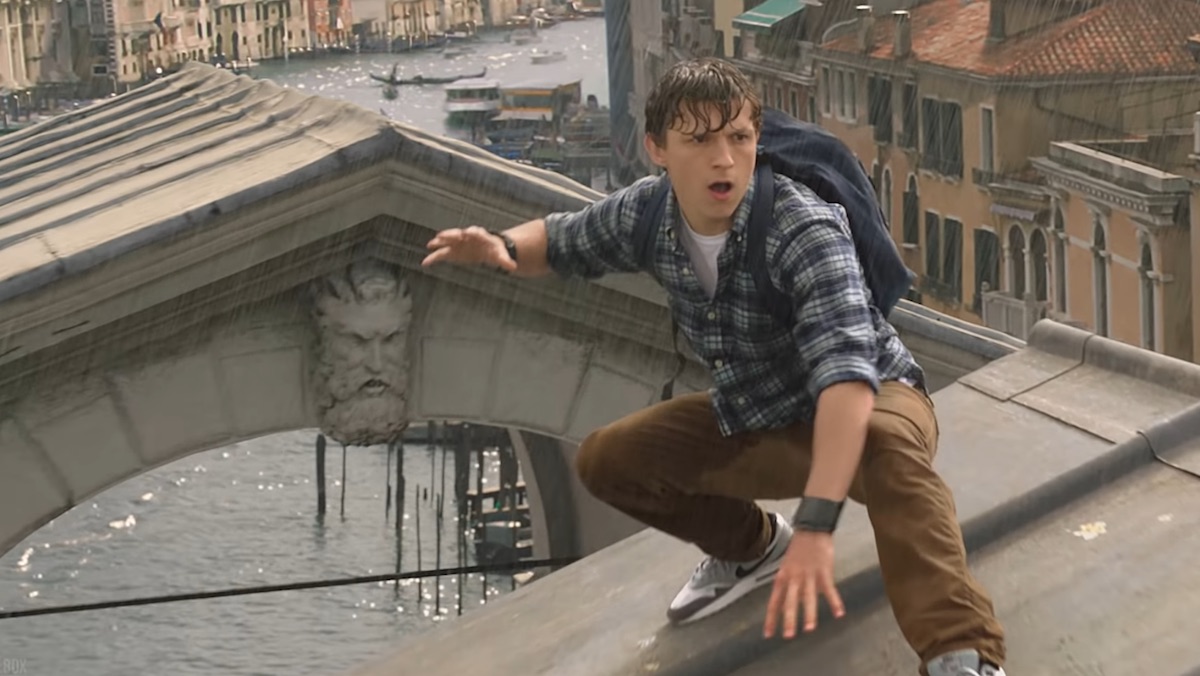 If you still haven’t seen Endgame, seriously, turn around now, because this latest look at the next Spider-Man movie is so full of spoilers for the Avengers’second battle with Thanos that even Tom Holland is worried about ruining it for you. Tom Holland!

We’ve been wondering what the MCU would look like in a post-Avengers: Endgame world, and now we have a better idea of thanks to the new trailer for Spider-Man: Far from Home.

The beginning of this trailer offers more of what we expected from Peter Parker after Tony Stark sacrificed himself to save the universe. He’s devastated by the loss of his friend and mentor, which is made worse by constant reminders of Tony. But there’s no rest for the weary, and Happy—still looking after the kid—tells Peter that Nick Fury wants to talk to him.

Turns out Fury is already working with Jake Gyllenhaal’s Quentin Beck, who Fury says is from another Earth, on creating a “multi-verse.” Fury says the Snap tore a hole in our world, which brought Beck (and a lot of very large bad guys) into ours, hence Far from Home‘s surprise double meaning. We don’t believe this story for a second, since we know all about Mysterio’s comic book past. What is far more interesting is how Beck has convinced Fury to believe this story of alternate dimensions. That is, unless that’s not Fury at all.

So much for Peter’s vacation to get away from the pain of his life.

Also, Zendaya’s MJ is the smartest person in the MCU. It IS obvious Peter is Spider-Man.

One thing we know about the post-Endgame MCU is that Tony Stark saved the universe, but he didn’t make it any easier to live in for Earth’s mightiest heroes, no matter where they go on the planet.