In April of this year, flooding in New South Wales led to an invasion of highly venomous spiders who sought higher, dryer ground. Now, 800 miles south of the Australian state, in Victoria, more flooding is forcing even more arachnids to take shelter away from the rushing waters. And this time, the spiders are leaving behind massive silk blankets covering large swaths of land.

Boing Boing reported on the invasion, which comes as the Gippsland region endures a spate of rainy season floods. This year, it seems the incoming waters are especially harsh, however; forcing many residents to flee their homes while dodging flash floods.

As residents have left, hundreds of thousands, or perhaps even millions of spiders have “ballooned” into Gippsland. Ballooning, for those unfamiliar, is a technique wherein sheetweb spiders—a family of the creepy-crawlies native to New Zealand and Australia—shoot what is basically a kite made of super-fine silk threads into the air. The kite, in turn, catches the wind, allowing the spider attached to it to catch a ride up into the air. (This is a ridiculously cool phenomenon, incidentally.)

I, for one, welcome our new spider overlords. 🕷️

Due to the number of spiders ballooning simultaneously, they’ve left behind gossamer webs that span dozens of feet long. The Reuters video above shows one particular wavy web billowing somewhere in Gippsland. Local councillor Carolyn Crossley captured the video while assessing flood damage in the area.

“It wasn’t scary—it was beautiful,” Crossley told the BBC. “The fact [the web] didn’t separate—it was like these spiders had co-ordinated to make this incredible landscape art installation or something,” she added. 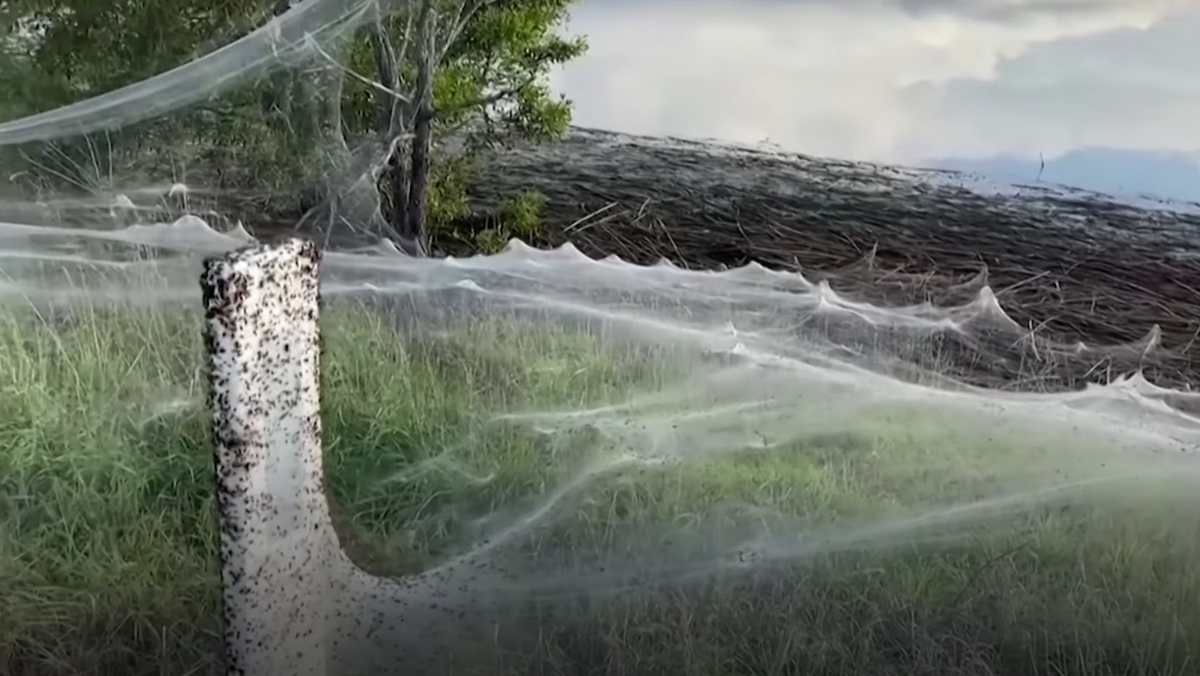 Unfortunately—or fortunately for non-spider-fans—the art installation will soon blow away. Although hopefully it sticks around long enough to see Gippsland residents return to their homes post-flood. They deserve a glimpse of strange nature and its art installations after all they’ve been through.
Top Stories
Game of Thrones