Given the increasingly precarious state of things on Earth, some scientists have begun devising plans to commence human life elsewhere. Thus our continued fixation on the habitability of planets like Mars; likewise, strategies for relevant uses for our old friend the Moon. While the Moon isn’t an ideal candidate for permanent residence, it may serve as a storage unit for invaluable resources. In fact, the scientific minds at the University of Arizona have suggested using our lunar nightlight as a sperm bank. At a recent aerospace conference, the group’s representative proposed sending millions of sperm and egg samples to the Moon. For safekeeping.

This past Saturday, the Institute of Electrical and Electronics Engineers hosted its annual Aerospace Conference. (For COVID-19 safety, this year’s conference was all-digital.) Aerospace and mechanical engineer Jekan Thanga hosted a session titled “Lunar Pits and Lava Tubes for a Modern Ark.” (You can listen to the recorded discussion here, or just below; we caught sight of the news via The New York Post.) Thanga presented the facets of a study he co-authored with five other scientists; the most colorful detail in the talk involved shooting millions of specimens of reproductive material into space.

In the interest of repopulation following not-terribly-unlikely global disasters, Thanga proposed harvesting 6.7 million species’ worth of sperm and eggs. Such would then find safe haven in a vault buried safely beneath the surface of the Moon; the vault would theoretically preserve the specimens via cryogenic freezing. So if we needed to jump-start the human/bonobo/rhinoceros/echidna population, the contents of that treasure trove would be fresh and ready.

For a model of this kind of project, we can look to the Svalbard Global Seed Vault, located on a Norwegian island within the Arctic Circle. (So, cold, but not exactly Moon cold.) Vessels of the sort can withstanding extreme temperatures and keep its contents safe and undisturbed; at present, Svalbard houses about 992,000 unique sperm/egg samples; nothing to sneeze at, but a far cry from Thanga’s much vaster proposal. 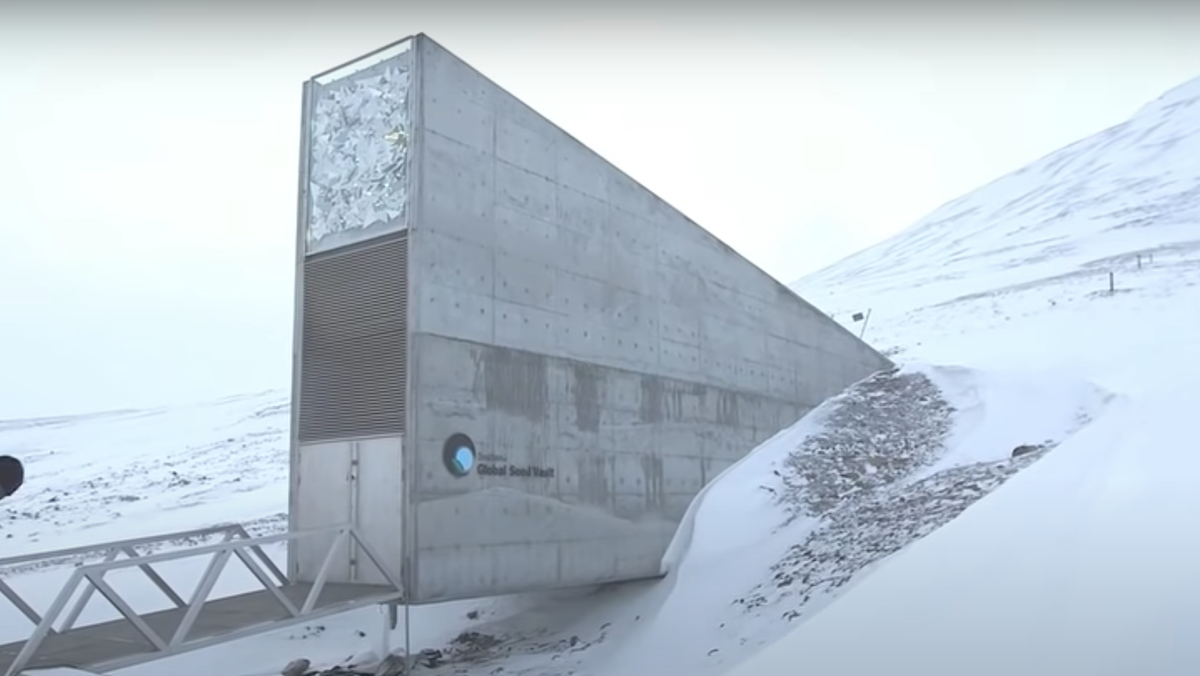 So what is the likelihood of Thanga’s plan coming to fruition? Yet unknown, though he stressed in the lecture that the project wouldn’t cost much. Although I don’t think that was the first question on anybody’s mind.