This Real-Time Video Around the Moon Is Deeply Relaxing

While the internet hive mind’s been buzzing with this and that stock “going to the Moon!” lately, the real Moon’s been doing what it does best: chilling. In fact, existence on our partner rock is always the inverse of chaotic life on Earth with its barren, serene landscape. A landscape you can enjoy for hours on end in this real-time trip around the Moon from YouTuber, Seán Doran.

Doran’s denoised, repaired, and graded four-hour video, which comes via BoingBoing, isn’t real-time in the sense that it provides a live view of the Moon. Rather, “real time” is a reference to the speed of the video, as Doran has taken video images captured by a Japanese orbiter and re-timed them to play at normal speed.

The Japanese lunar orbiter, SELENE (Selenological and Engineering Explorer), captured this video back during its tenure scouting the Moon from 2007 to 2009. SELENE was in orbit for nearly two years, which means—somewhere out there—there’s enough of this zen footage to last you for that amount of time.

The Moon. For REAL.

Speaking of the footage, it is indeed worthy of the Monks of Dschubba. (You know, the ones who’ll eat shoes if they have to.) As SELENE, a.k.a. Kaguya, which translates to “Moon Princess,” moves through the vacuum of space, the Moon passes by below, cratered by asteroids of old. It’s waiting in utter tranquility for us humans to get our act together and build a freakin’ base there already.

Doran has tons of other serene, and fiery, space videos on his channel. You’ll find more slow glides over the Moon and long looks at our great fusion reactor in the sky. You can also pair these soothing videos with various meditation guides if you’re looking for true inner peace. Or maybe if you invested in the wrong crypto currency and need a breather. 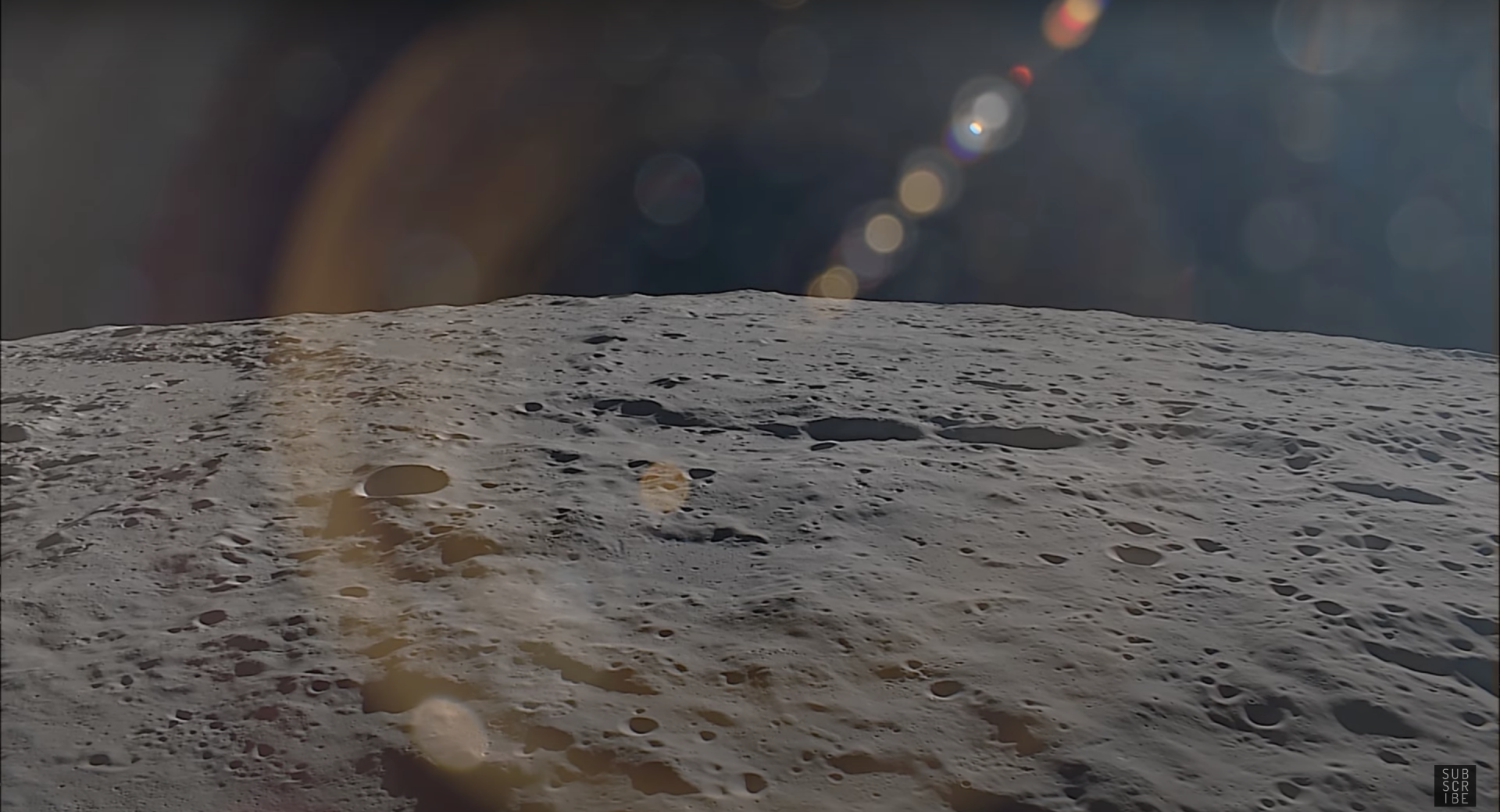