On May 27, NASA and SpaceX are set to launch American astronauts into space from American soil for the first time in almost a decade. The seminal mission’s aim is to send astronauts Bob Behnken and Doug Hurley to the International Space Station (ISS). To hype up the launch, and let people have in on the fun of riding in a spacecraft, SpaceX has released a Crew Dragon simulator that anyone can play.

SpaceX recently released the simulator, which allows players to control the astronaut capsule—dubbed Crew Dragon—as it docks with the ISS. SpaceX noted on Twitter that while this mission will see the spacecraft dock and undock with the ISS autonomously, the crew members will still be able to take manual control if necessary. 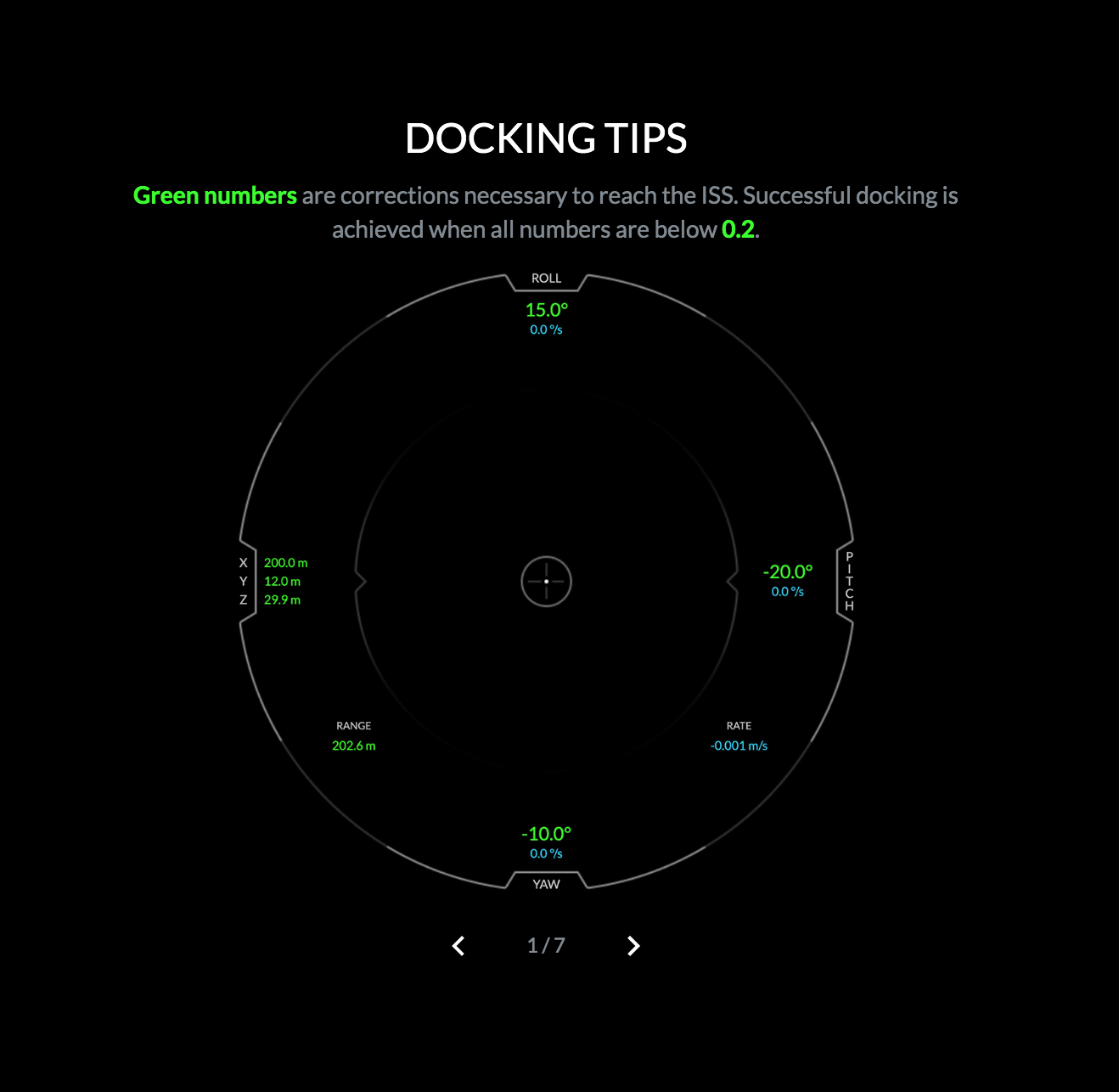 Players are tasked with guiding Crew Dragon as it docks with the ISS by lining up the spacecraft with the the International Docking Adapter. Essentially, the goal of the game is to line up the crosshairs in the foreground with the center point of the green diamond. The controls at the bottom left and right let players control the yaw, pitch, roll, and forward and backward movement of the crew capsule. (Don’t ask us what happens when you win the game ’cause we failed miserably over and over.)

A visualization of the upcoming Demo-2 mission.

In terms of the real mission, it’s been dubbed Demo-2, as it is a demonstration of Crew Dragon’s ability to successfully deliver astronauts to space. The launch is a part of NASA’s Commercial Crew program, which is a partnership between the space agency and SpaceX to launch astronauts to the ISS. Boeing is also a part of the program, but is not associated with the work being done by SpaceX.

Demo-2 is set to launch on May 27 at 4:33 p.m. ET from NASA’s Kennedy Space Center in Florida. It will be launched into space by one of SpaceX’s fully reusable Falcon 9 rockets. Those who want to follow along with the launch as it happens can do so on either NASA’s website or SpaceX’s.

What do you think about this Crew Dragon simulator? Were you able to dock with the ISS successfully, or do you need some more work on your yaw control? Let’s get some dock talk going in the comments, people!