We here at Nerdist love a good pun. At least I hope we do since me and a couple of colleagues won’t stop making them in our work Slack. We also love the slang of The Sopranos. The show introduced everyone to wonderful Italian-American lingo like “Oh Madone!” and “stugots.” Now those two loves of ours have combined with our favorite season of the year. All for one perfectly absurd commercial. A Sopranos alum is the star of a new Halloween ad for deli meat; Vincent Pastore is the Gabaghoul.

Ooooh! Can you believe this guy here? It’s the actor who played Salvatore Bonpensiero on the iconic HBO mob series. (Though you might remember him better by his character’s nickname. A moniker not suitable for a story a kid might read.) He’s the star of a new campaign (which we first saw at /Film) from Dietz & Watson. The Philadelphia-based company has been selling deli meat and cheeses for 80 years. Now they’re serving customers a perfect Halloween pun. Seriously, you think you can do better than “The Gabaghoul?” Fuhgetaboutit!

Casting someone from The Sopranos to play this Halloween cold cut mascot is what truly makes this ad perfect. The show turned “gabagool,” a slang term for capicola—a fatty Italian pork cold cut I would eat every day if I could—into a running gag. Not by making fun of it though. Merely by talking about it and eating it all the time. “Gabagool” is not only delicious, but it’s also impossibly fun to say. 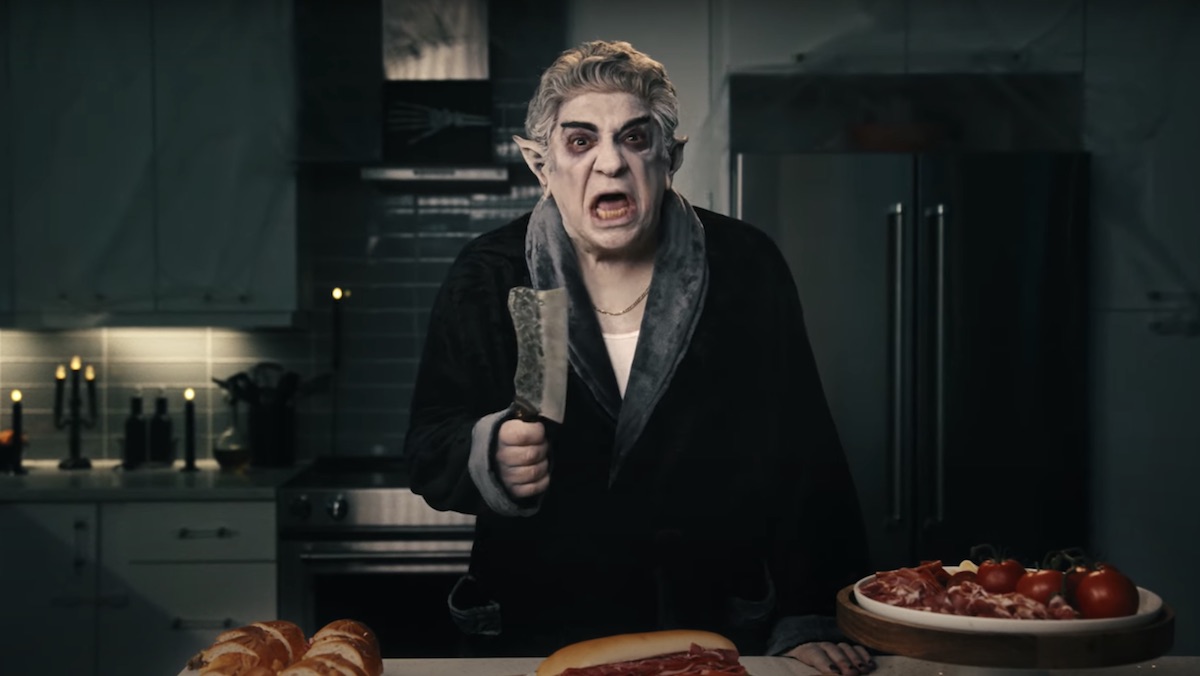 Our only regret is that we didn’t come up with “The Gabaghoul” first. It was right there! But we’re still glad the character is here now to offer us some Halloween party tricks. And he has a whole bunch of them. Check out Diets & Watson‘s YouTube page to see them all.

Then make sure to serve gabagool on any sandwiches you put out at your party. Not only because it’s amazing, but because a Halloween-pop culture pun this tasty has earned it.