For St. Patrick’s Day 2020, people will, of course, have to expect plenty of “Top o’ the mornin’ to ya” greetings from people who are allowed out of self-quarantine. But one of those cheerful salutations is coming from an unexpected friend this year: Sonic the freakin’ Hedgehog. In this new, official video, a very green Sonic wishes us all a Happy St. Paddy’s Day, and does so with a voice that may sound oddly familiar.

Polygon picked up on the Sonic St. Paddy’s Day video, which was posted to the official Sonic the Hedgehog YouTube channel with a description that reads, in part, “One year later, Irish the Hedgehog is real.” And if that sounds like there’s a story behind this version of Sonic, it’s because there is!

On St. Patrick’s Day in 2019, the official Sonic the Hedgehog twitter account posted a tweet featuring Jet the Hawk—an anthropomorphic hawk and the leader of the current generation of Babylon Rogues in the Sonic the Hedgehog series—next to a pot of gold rings. In response to the tweet, Irish YouTube megastar, Jacksepticeye, asked “Can I voice Irish the Hedgehog?” And now, one year later, Jack’s dream has come true.

In the clip, we listen as Jacksetpiceye/Irish the Hedgehog wishes us a happy St. Paddy’s Day, and then talks about going to meet up with his friends “Tilly and Sonk” for some “good ol’ praties.” (Praties are potatoes, apparently.) Unfortunately, Irish the Hedgehog’s soliloquy quickly devolves into unintelligible Irish colloquialisms, which are translated with a few real worlds and a whole lot of question marks.

For those unfamiliar with Jacksepticeye, he’s a YouTuber/gamer in Ireland, who’s amassed 24 million subscribers on his channel, as well as 5.8 million followers on Twitter and 6.8 million on Instagram. Which means there’s hope for any one of us with millions upon millions of fans for one day voicing a random, one-off Sonic the Hedgehog character! Merry gold rings and rainbows to us all! 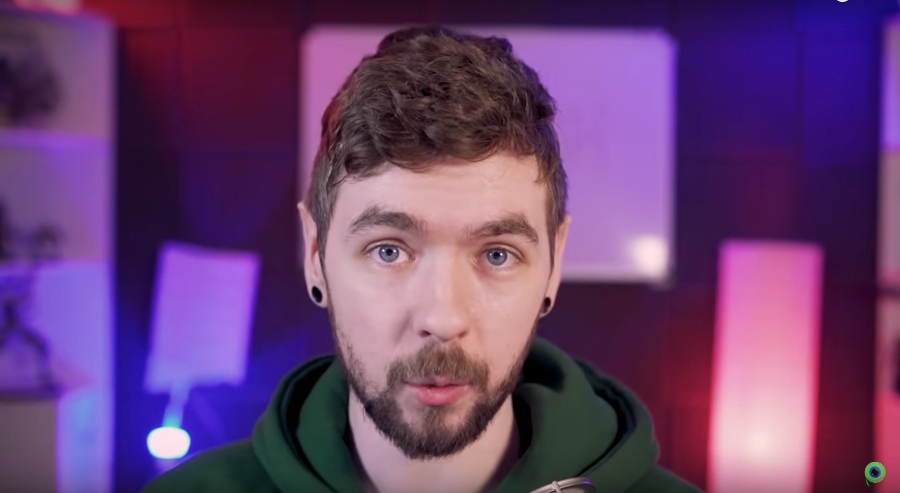 What do you think about Irish the Hedgehog? Are you psyched to hear Jacksepticeye voice a bespoke version of the iconic character, or do you literally have no idea who this person is? Let us know your thoughts in the top o’ the comments!