John Krasinski’s Some Good News reminds us there’s plenty of light even during the darkest days, and it has helped to brighten the lives of others. Celebrities have joined him on the webseries to help fans get through COVID-19. The cast of Hamilton celebrated a young girl’s birthday. And some famous chefs held a virtual pot luck. But Krasinski’s latest special event might be his best yet. A couple who got engaged at a gas station just like Jim and Pam inspired him to hold a unique wedding ceremony. That included their very own version of The Office‘s wedding, as the cast reunited to do their infamous wedding dance.

Krasinski turned this week’s episode into a celebration of love. That included interviewing a Maryland couple who recently got engaged the same way Pam and Jim did on The Office. But they weren’t just on the show to discuss their gas station engagement. Krasinski, a freshly certified ordained miniser, surprised the pair by officiating their actual nuptials. Their parents and friends joined in, as did Jenna Fischer who served as the Maid of Honor.

Zac Brown also made a surprise appearance to sing his brand new song “The Man Who Loves You The Most.” You might want to have a handkerchief nearby while watching that. 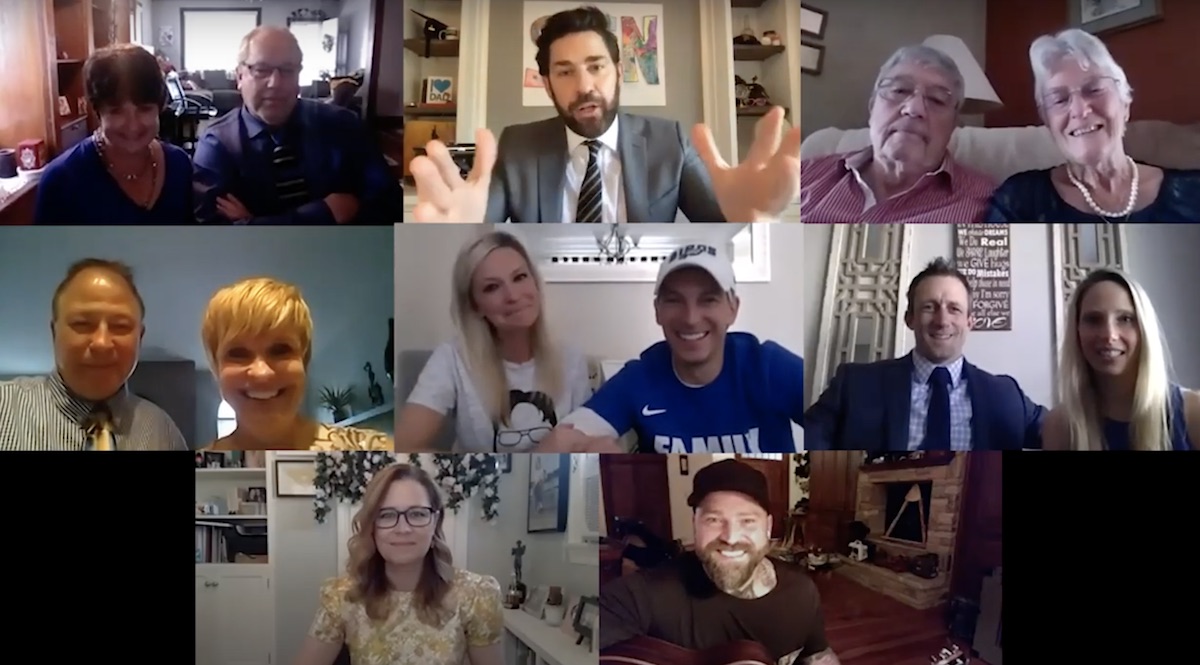 Once Krasinski announced Mr. and Mrs. Lush to the world it was time to complete their The Office-inspired nuptials with one more surprise. The cast of the show joined in to recreate their dance from Jim and Pam’s wedding. (This time with Jim’s actual blessing.) Steve Carell, B.J. Novak, Mindy Kaling, Rainn Wilson, Angela Kinsey, Brian Baumgartner, Ed Helms, Phyllis Smith, Kate Flannery, Oscar Nunez, Creed Bratton, and Ellie Kemper all got in on the fun. And they made sure to include some of the touches that made their flash dance memorable, including Kevin wearing tissue boxes as shoes and Dwight kicking his dance partner in the face.

This might not be the wedding the Lushes planned on. But neither was Jim and Pam’s, and we’ll always remember both of them.