Last week, John Krasinski’s feel-good online series Some Good News went to space. It was amazing to hear from astronauts aboard the International Space Station. But they’re not exactly stuck in the same boat… err, spaceship… as the rest of us right now. We’re stuck inside, trying to figure out what to make for dinner. Every day. Day after day. And it’s exhausting. We can no longer throw up our hands and head to our favorite restaurant when we can’t decide what to eat. But some lucky viewers of the web’s most positive COVID-19-era series still got to have an incredible dining experience. Krasinski enlisted a trio of celebrity chefs—as well as his famous brother-in-law—for a Some Good News virtual pot luck, featuring recipes submitted by fans.

But that wasn’t even the best part of this week’s installment. That came in the form of a big donation for out of work hospitality workers.

This week, Krasinski celebrated some fun SGN arts and crafts projects that have hit the web, which included some great knitting and truly impressive makeup. He also highlighted ways people are being kind to each other and their communities, especially those in the restaurant business.

Despite many eateries being closed, owners are finding ways to help out their employees and their towns. Some are donating to local hospitals, while others are giving away food to those who need it, like Chef/Saint José Andrés.

And to spread a little cheer of his own, Krasinski asked viewers to submit their favorite recipes. He then invited some of those fans on to the show. But the host didn’t make the dishes himself, instead inviting on some famous names to make them. Martha Stewart, David Chang, Guy Fieri, and amateur bartender Stanley Tucci all surprised the folks who submitted their recipes and then created their dishes. The virtual pot luck made for some nice, sweet, fun moments. We need lots of those these days. 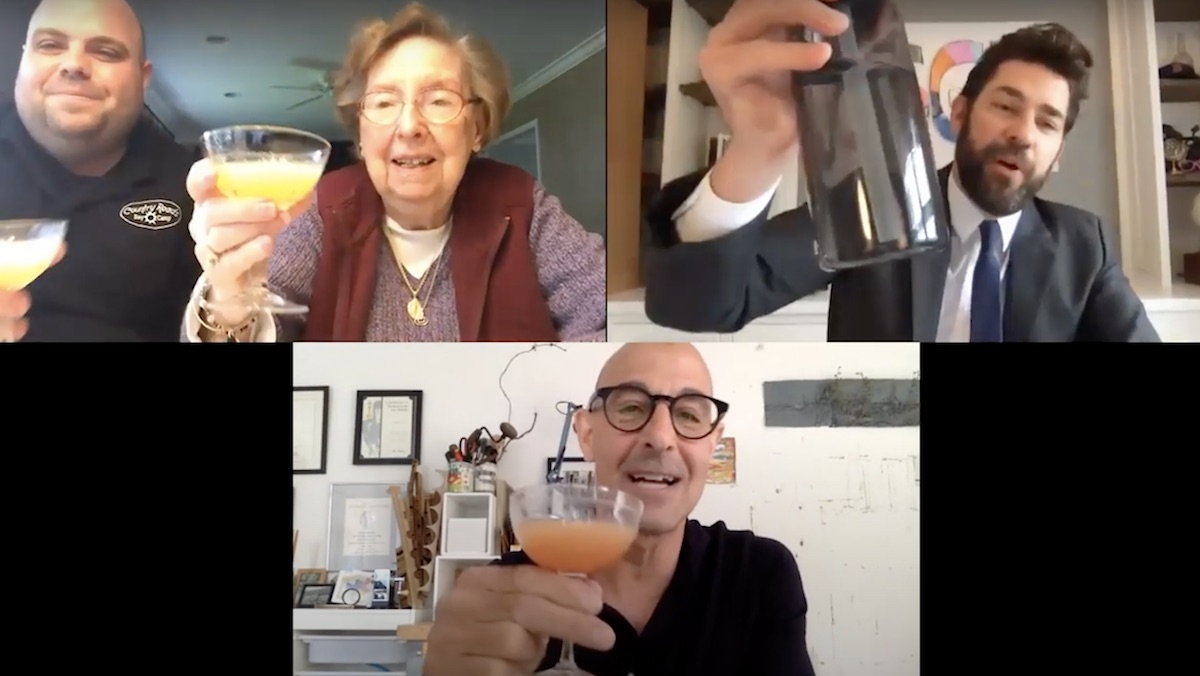 The best part of the episode though came when Krasinski announced Pepsi is donating three million dollars to Guy Fieri’s The Restaurant Employee Relief Fund. That put the total at over $20 million and counting. And we need it to keep climbing. We have to take care of each other right now, and COVID-19 is really hurting restaurant workers. We can’t let it destroy them. When this pandemic ends we’re going to need them more than ever.