The global wildlife charity, The White Lion Foundation (TWLF), has released what it says is “exceptionally rare footage” of a snow leopard performing its mating call. And while the mating call of a snow leopard seems like it would be majestic AF, it’s more cartoonish AF. It’s almost as if Mechagodzilla were screaming “Ow!” over and over after stubbing its gigantic ol’ toe.

CNET picked up on the unique video, which TWLF recorded with one of its remote field cameras in the Khaplu Valley of northern Pakistan. The cameras, which are planted by scientists, are mostly used to monitor the wild snow leopard population in the region.

“It is extremely unusual and special to be able to get such clear footage of a snow leopard vocalising in the wild, as they are by nature elusive and solitary, only coming together to mate and raise young,” Dr. John Knight said in a TWLF press release. Knight, a TWLF board member, added that this male is establishing his territory, and announcing to females his presence. 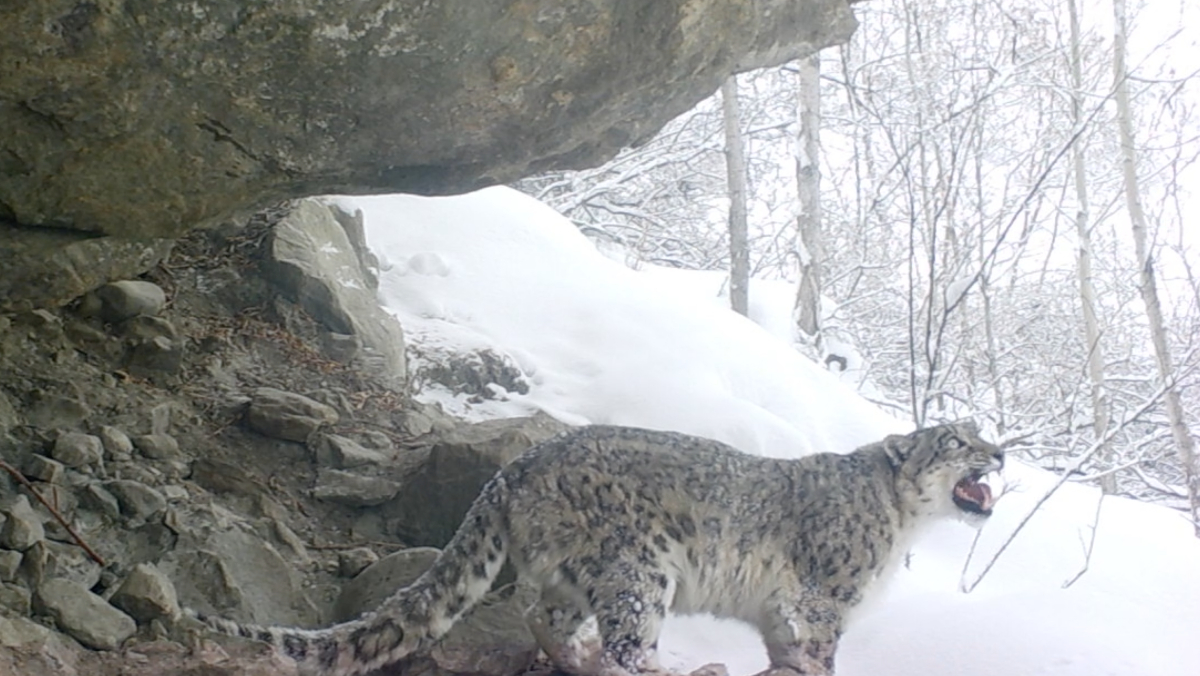 The male leopard begins his call roughly 20 seconds into the video, and doesn’t stop vocalizing for another 20. And while the call is unique in its mixing of terror of comedy, it’s hard to pinpoint a familiar analog for this primal sound. CNET says it most closely resembles a Wilhelm scream: a stock sound effect many TV shows and films used in the ’50s to signify gunshot pain. But we’re thinking it’s more of a Super-Mario-Squashing-Bowser sound. (Either way, it’s definitely the sound of someone in pain.)

Anyone now craving more snow leopards in their life should check out TWLF’s Instagram. Despite their weird calls, snow leopards are still genuinely majestic. Plus, they’re so adorable, they may just brighten your day. Or, far more likely, scare the crap out of your cat with their mating calls.