SNL at Home Brings Back "What Up with That?" - Nerdist

SNL at Home Brings Back “What Up with That?”

It’s been five years since Kenan Thompson last graced our TV screens with the SNL sketch “What Up With That?” You might remember Thompson’s performance as BET talk show host and former ’70s soul singer Diondre Cole, who would always finding a way to cut off his guests by breaking out into song. Now, after five years, the classic sketch returns for Saturday Night Live’s “At Home” edition, with super frustrated guests Charles Barkley and DJ Khaled. You can watch the full sketch down below:

I must say, props to all the editors who managed to to spruce this one up with lots of shots of Jason Sudeikis dancing in a track suit and Fred Armisen rocking out. And good on those two for coming back pretty much just to do this. And in keeping with tradition, Bill Hader once again appeared as Lindsey Buckingham… and he still couldn’t get a word in edgewise (although this time it was due to a crappy internet connection). Diondre will still wave to him from his Buick LeSabre on his birthday, so he’s got that going for him at least. 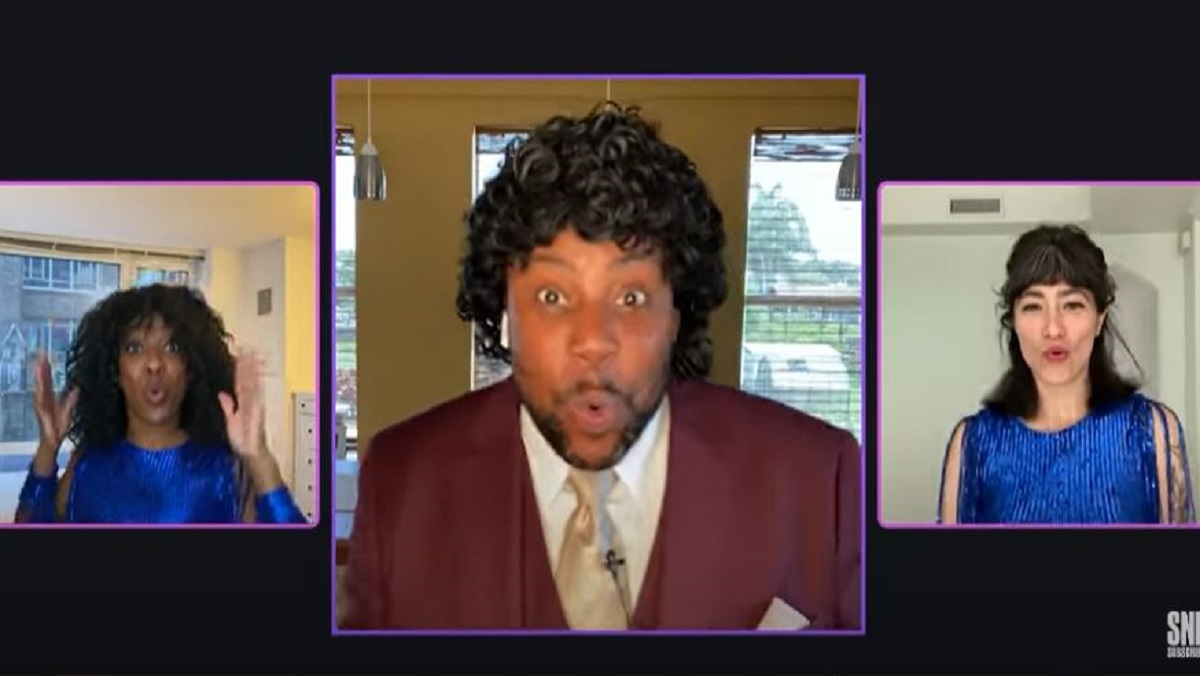 This was the second “At Home” edition of SNL, and they seem to be getting their footing on how do this whole thing remotely and still be funny. Let’s be honest, they are probably still going to be doing the show in this format for some time to come. This past weekend gave us Brad Pitt as Dr. Anthony Fauci in the cold open, which sought to match the star power of one Tom Hanks in the first “At Home” SNL edition. We’re curious to see what other classic sketches they pull out of mothballs for the next installment. Fred Armisen’s The Prince Show feels like it needs a special “Afterlife Edition” right about now, don’t you think?