Here’s some news Indiana Jones would probably just love to hear: It turns out some snakes know how to “lasso” their way up objects, such as utility poles. In fact, a team of scientists recently observed this lassoing behavior, and say it’s totally distinct from the other climbing modalities snakes usually deploy. Which is both fascinating, and perhaps another reason we should all be carrying whips.

The team of scientists, made up of biologists from Colorado State University and the University of Cincinnati, outlined the newly observed lasso climbing technique in a study published in the journal, Current Biology. In the study, which comes via BoingBoing, the scientists discuss how brown treesnakes (Boiga irregularis) in Guam execute the lasso move.

In essence, the brown treesnake—which has a reputation for figuring out how to climb anything—forms itself into a lasso around something by encircling itself around it, and then creating a sort of knot with its tail and lower body. The snake then proceeds to push itself upward by pulsating its looped body with small, wave-like motions. (The video above shows the disturbing yet mesmerizing movement.)

Discovery of the move was a surprise, as the scientists were only aiming to build bird nests in the area; ones that’d be impenetrable to the thieving treesnakes. But the snakes proved to be more clever than the scientists expected. And they were able use the lasso technique to climb to, and kill, at least a few birds.

Now, the goal is to design nests for local birds that the brown treesnakes really can’t climb. A very wide, smooth tube was going to be the solve before, but now it seems that won’t be sufficient. Hopefully whatever they come up with is good though, because snakes really know how to get around. As in, sometimes they like to fly. 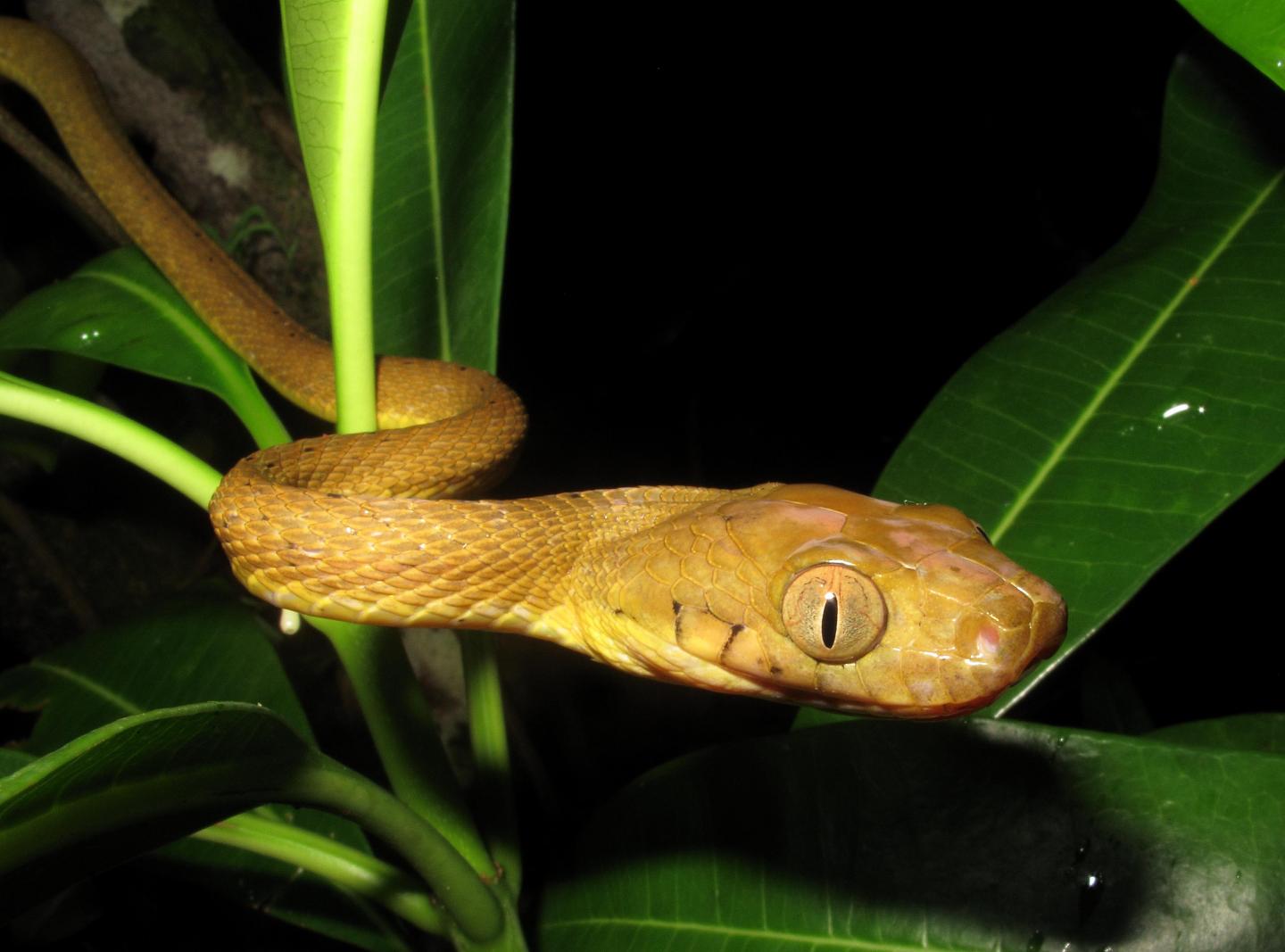