Fans best know Simon Pegg for comedy, but there’s nothing funny about his latest film Inheritance. He stars as a mysterious man who’s been imprisoned underground for decades. The part would appear to be a major departure for the actor. So why did he want to do it? Nerdist got a chance to speak to Pegg about the sinister story, his second with director Vaughn Stein (Terminal). He also discussed what the movie has in common with his Edgar Wright films, how you prepare to be a mole person, and what he’d do if he found a person locked up in a bunker.

Nerdist: What did you find appealing about playing a heavy role in a pretty dark drama?

Simon Pegg: It was just something different for me to do, a chance to sort of flex different muscles and play a character that perhaps I wouldn’t normally be considered for. It was just that challenge really. Plus, the chance to work with Vaughn Stein again, who I really like working with.

Strangely this part is more reminiscent of your roles in the Cornetto Trilogy than it is Mission: Impossible’s Benji or Star Trek’s Scotty. What’s similar about performing in a drama and your work with Edgar Wright?

SP: I think Edgar and I always try to infuse what we do with a degree of dramatic weight. So there’s always a little bit of genuine emotion in it. It’s not all just played for laughs. Particularly with Shaun and Gary King. In Shaun of the Dead there’s the moment where he has to shoot his own mother because she’s a zombie. We never wanted to play that for laughs. We wanted to play that for the awful thing it was. And at the heart of The World’s End, there’s a suicidal alcoholic and there’s nothing funny about that. It’s just a part of our comedic makeup. To give it some tone so the comedy works in contrast to the drama.

This is your second film with Vaughn Stein. What do you like about working with directors again?

SP: It’s the experience. Irrespective of how things turn out, it’s always more the on-set experience, which is a huge part of it for actors. It’s not really about the product. It’s the process. And I just really enjoy working with Vaughn. He’s really personable. We went to the same university, and he’s just a really lovely guy and always makes it fun. He’s good to be around. 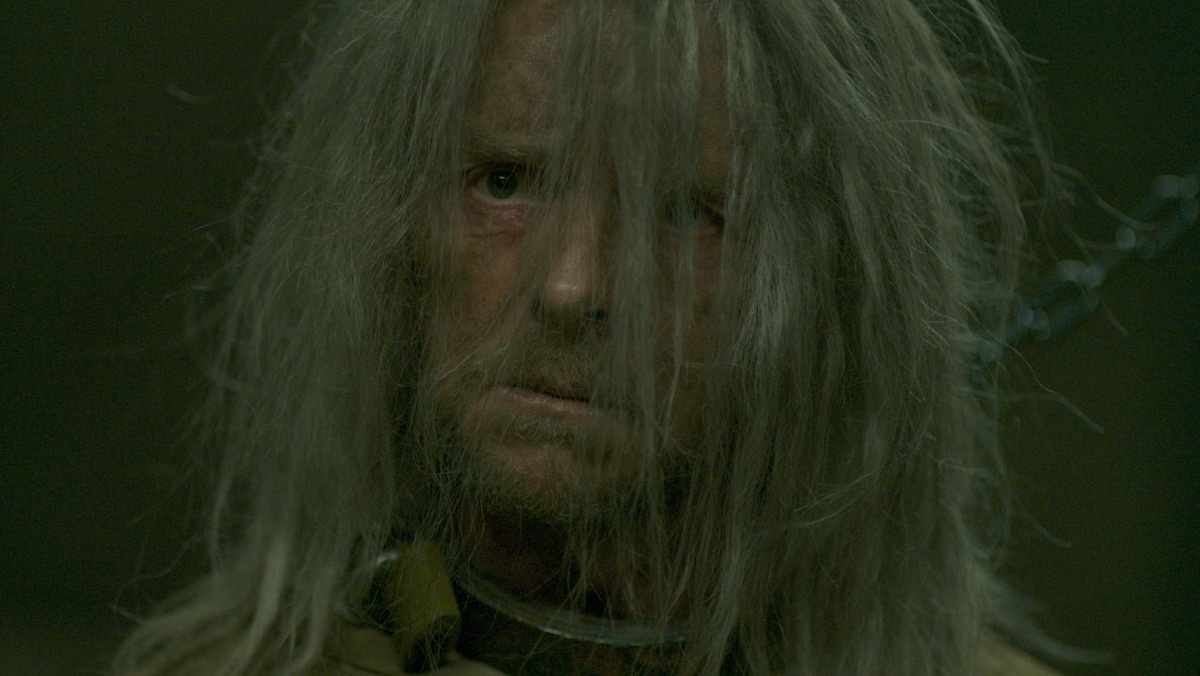 What was it about this script that made you want to do this movie?

SP: I think it was partly the role, the sort of devilish ambiguity of the character. Also, I really liked the fact that a lot of it was just a two-hander with my character and the character of Lauren, eventually played by Lily Collins, who’s fantastic. And it was the big dialogue scenes, it felt quite theatrical. In Mission: Impossible, everything’s so fast. It’s all really quick, unless there’s a big chunk of exposition. But this felt like something a little bit more juicy and that really appealed to me.

What did you do to prepare to play a mole person?

SP: Well, I didn’t go underground for any period of time. I did sort of try and get into a physical shape that would suggest that I hadn’t perhaps been as malnourished as I could be, but also that [the character Morgan] had been focused on keeping fit. So I just lost a ton of weight by doing lots and lots of cardio and eating a calorie-control diet, and got down to a reasonable aesthetic for the character. I thought it would be weird if I just looked healthy. And it wouldn’t really read, in terms of what he’d been through, on screen, so I did a lot of prep. And then the film was postponed. I ended up getting an extra two months prep, which meant another two months losing weight. 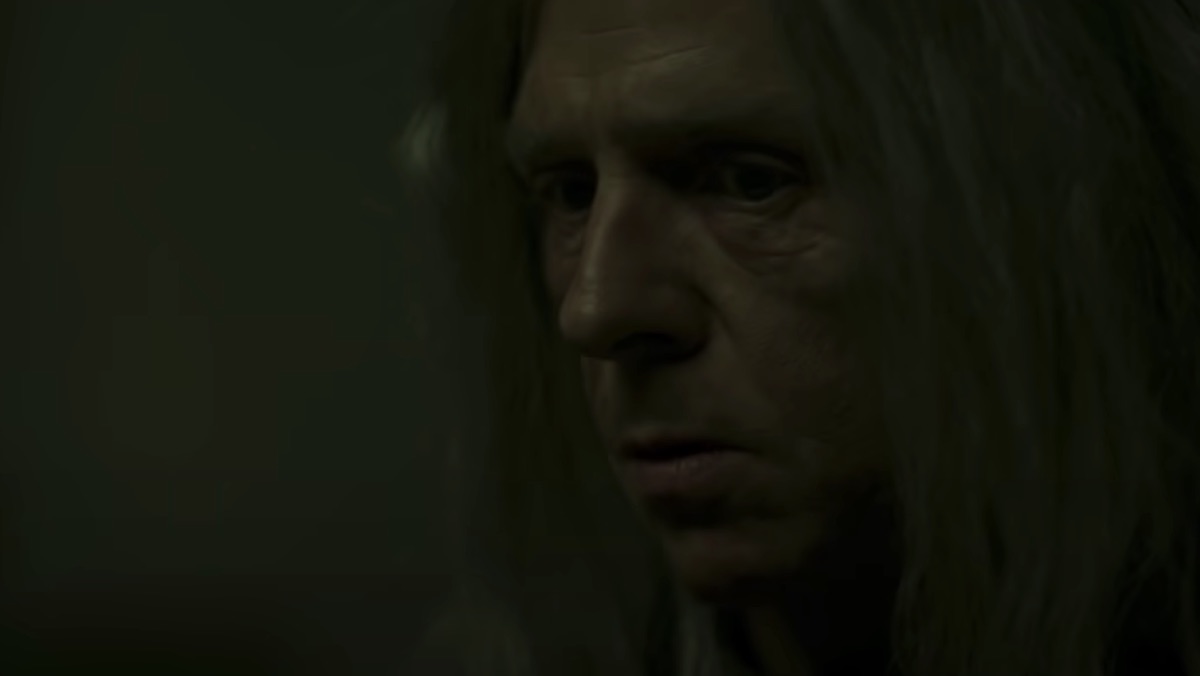 Were you happy about that or bummed out?

SP: Honestly, you’re disappointed when things get pushed back. But it was at Christmas and I faced being away for a part of the holidays. I was actually quite relieved when it was pushed to after Christmas. It meant I could stay home and be with my family for that period of time. I’ve got a young child and it’s always a good time of the year. So I was secretly pleased. Although Christmas is not a good time to be starving yourself. It’s actually pretty difficult.

You said this movie is more theatrical and you perform most of your scenes on what is almost a stage inside the bunker. Did you get sick of your bunker?

SP: No, because it was all such good fun going in there, because all the scenes were so sort of juicy and fun to perform. Even though, for all intents and purposes, it was a bunker. I think one wall came out. The rest of it had a ceiling on it. Often on film sets and studios there isn’t always a ceiling over a room, and walls come out. But this felt claustrophobic. I think Vaughn wanted it to feel that way. It was always fun. As soon as I went in there and got my chain on I knew the fun was about to start. 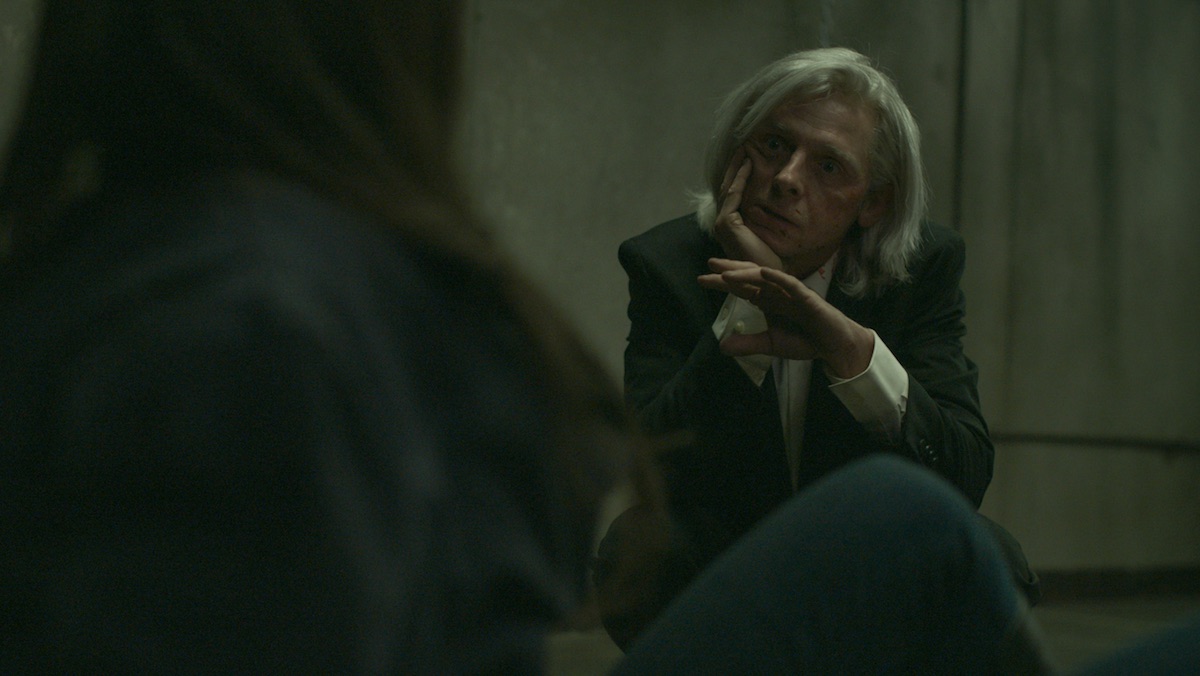 If you didn’t get sick of the bunker did you get sick of having a chain around your neck all the time?

SP: That was a little irritating. Because I had to get in and out of it. They put me in it and I’d do the scene, and then when it was time to go off I’d have to wait until I was released. Fortunately, everyone was very attentive and made sure I was never left there alone at lunch time.

Was it a real chain?

Simon Pegg: No. I think we used a real chain a couple of times for some shots, but generally it was plastic. It did chafe sometimes though.

Which one of your amazing wigs did you enjoy wearing the most?

SP: I think probably the second one, when he cuts his hair and tries to make himself look presentable. In the other one I look like a homeless person from Venice Beach.

We don’t want to spoil the movie, because there’s the big mystery of who Morgan really is, but can you talk about the inspirations that went into the character?

SP: Obviously there’s parallels there between Hannibal Lecter and Clarice Starling just because there’s a sort of face-off between this very, very calculating older man and a strong young woman. That was always in the back of the mind, but it’s a heck of a bar to set for yourself. A lot of the character was in the script and the dialogue. Vaughn and I spoke at length about what [Morgan’s] story was and where he was from and all that kind of stuff, so it was great to build up that kind of background. 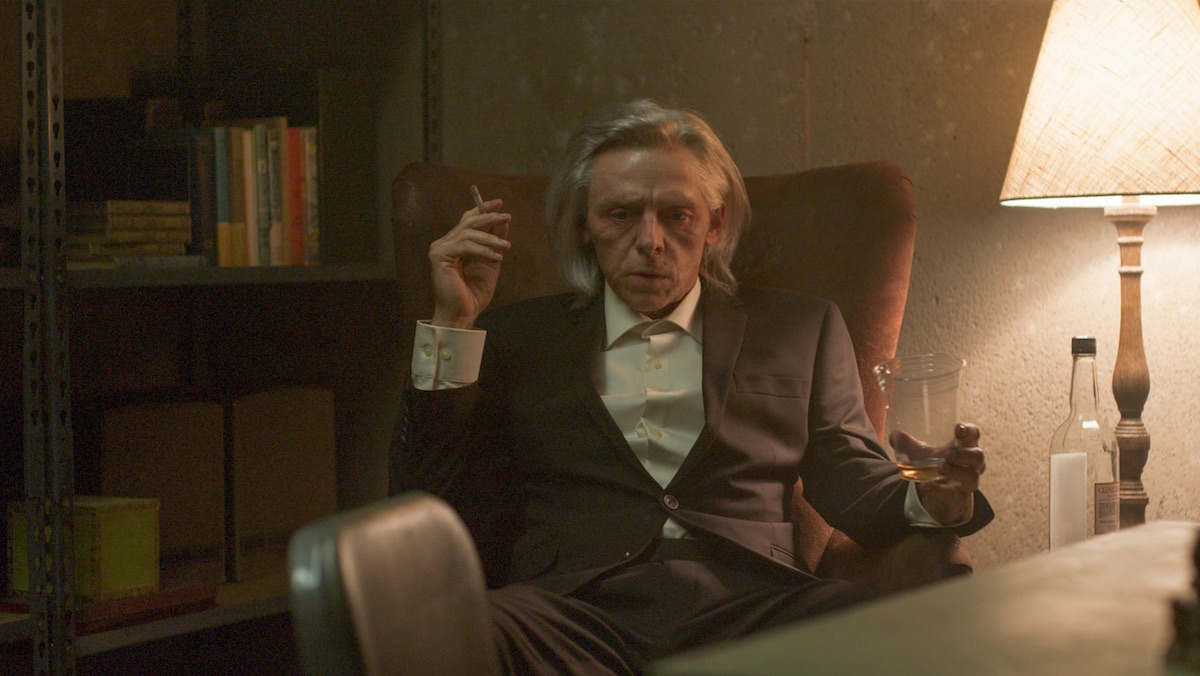 What was most fun about playing Morgan?

SP: I think being so ambiguous as a character, and also—without giving anything away—the journey he goes on was a real fun journey to play. It’s really exciting playing characters who have something to hide and aren’t giving everything away. Because you have to hold stuff back. That’s always a really interesting tightrope to walk as an actor.

What would you do if you found someone in a bunker?

SP: Oh my god, I would immediately inform the authorities. I mean, you’d have to. The trouble for Lauren is she’s really stuck between a rock and a hard place, because her dad’s reputation and her brother’s running for Congress. She just hesitates and it’s the biggest mistake, when what she should have done is immediately call the cops. Which you would do, right? You wouldn’t say, “Stay right there, I’m gonna come back.”

Inheritance is now available on DirecTV, On Digital, and On Demand.