They say every year the holidays begin earlier and earlier. And they’re not wrong. But right now, we accept that and celebrate it! This year, Shudder is presenting its most ghostly, ghoulish, blood-curdling celebration of Halloween. Shudder‘s “61 Days of Halloween” Scare-lebration is back and better than ever. The 25 Days of Christmas of nothing on this!

Shudder is the ultimate destination for horror all year long, but every Halloween, we try to outdo ourselves. Last year, we supersized the season, expanding our celebration to 61 days, and this year, we’re going even bigger by bringing Shudder members an unbeatable lineup of new original series and exclusive movie premieres every week, along with new specials and timeless horror favorites, starting September 1. Whatever you’re in the mood for this Halloween—old or new, creepy fun or truly terrifying—Shudder has you covered.

Yes, you heard it right. September  AND October now officially belong to Halloween. This is is really a boon for September… And for all of us. Without knowing it, you are already officially in Halloween season. It creeps up on you! 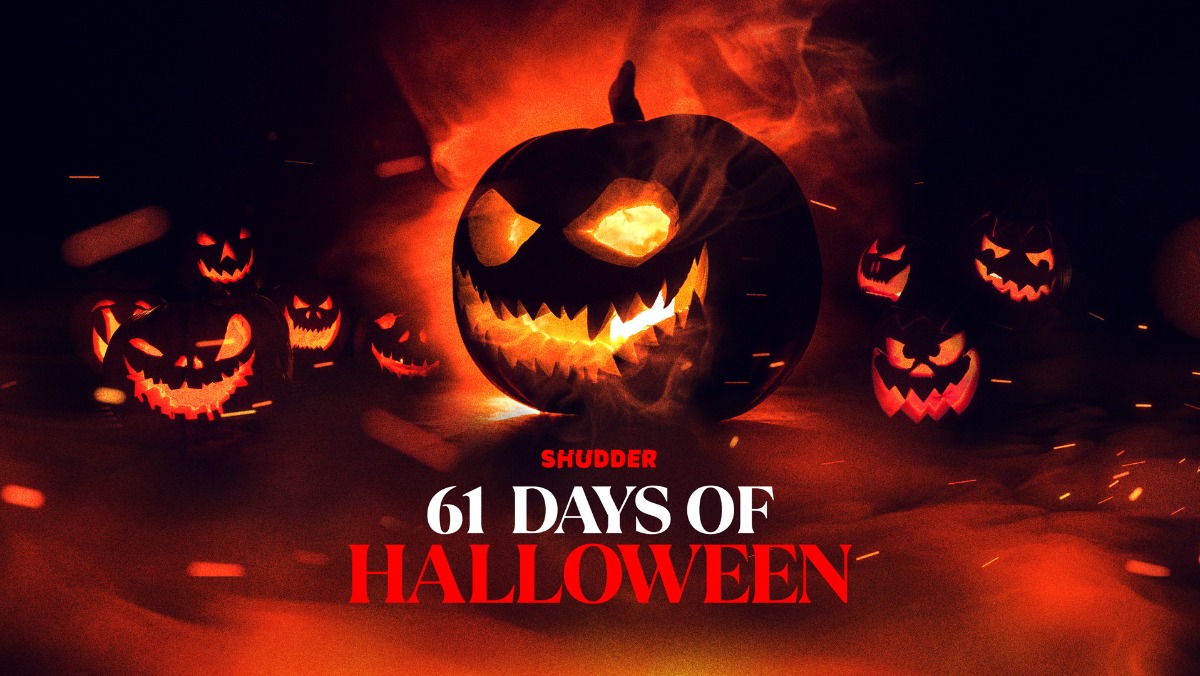 Speaking of creepy crawlers, Shudder shared a blood-soaked taste of what’s to come in these 61 days. Firstly, there will be new seasons of Shudder favorites such as Creepshow, The Boulet Brothers’ Dragula, and Behind the Monsters. Additionally, new Shudder films will premiere. These include Superhost, Martyrs Lane, Séance, V/H/S/94, The Medium, and Horror Noire. Four new episodes of Slasher: Flesh & Blood are also on the way. Additionally, a new Last Drive-In special is coming for horror fans. The movies selected for this double feature are still a Halloween mystery.

And what’s that? Elvira is returning to horror hosting as part of the 61-day spectacular? She is, indeed! Elvira’s 40th Anniversary, Very Scary, Very Special Special! will be a movie marathon event starring “the beloved Halloween queen of camp.” Shudder shares in a release:

The special debuts Saturday, September 25 at 8pm ET in the US and Canada via the Shudder TV feed within the Shudder app and will also be released on demand to all Shudder platforms (US, Canada, UK, Ireland, Australia and New Zealand) and AMC+ beginning Monday, September 27. Similar to the cult classic, late-night television series Elvira’s Movie Macabre, which debuted in 1981, Elvira will lend her own blend of witty commentary to a horror movie lineup that includes Elvira: Mistress of the Dark, House on Haunted Hill, The City of the Dead and Messiah of Evil.

Definitely a treat for all horror fans!

On top of these Shudderific scares, long-time horror favorites will be coming to Shudder’s library. These include Brian De Palma’s Carrie and Tobe Hooper’s Poltergeist. Not sure which one of these films matches your Halloween tastes? Call into Shudder’s Halloween Hotline for your personal recommendations.

In all, we’re definitely excited to creep ourselves out with Shudder’s Halloween goodness. But our favorite part of Shudder’s Halloween celebration? The Ghoul-Log. This is “a 24/7 streaming jack-o’-lantern providing the perfect ambiance for all your Halloween festivities.” There will be 3 editions available, including a brand new one for 2021. Show the other holidays who is really the boss!

So what are you waiting for? Don’t delay! Shudder’s Halloween season starts NOW!