A CREEPSHOW ANIMATED SPECIAL Is a Macabre, Colorful Joy - Nerdist

A CREEPSHOW ANIMATED SPECIAL Is a Macabre, Colorful Joy

Even if you’ve never watched Creepshow on Shudder, the new animated special will leave you happy. It recalls the original 1982 film as well as its predecessor, Creepshow 2, with joy and terror intermingling in your veins. The animation is precisely what I love to see in animated horror. The music manifests full-body chills. And the stories are disturbing, petrifying tales that are both cautionary and reminiscent of the original.

Greg Nicotero (The Walking Dead) is an executive producer, with Kiefer Sutherland (24) voicing the first story and Joey King (The Kissing Booth) on the second. While I was initially grimaced at the casting choices, both easily showed they have the ability to carry their individual stories. 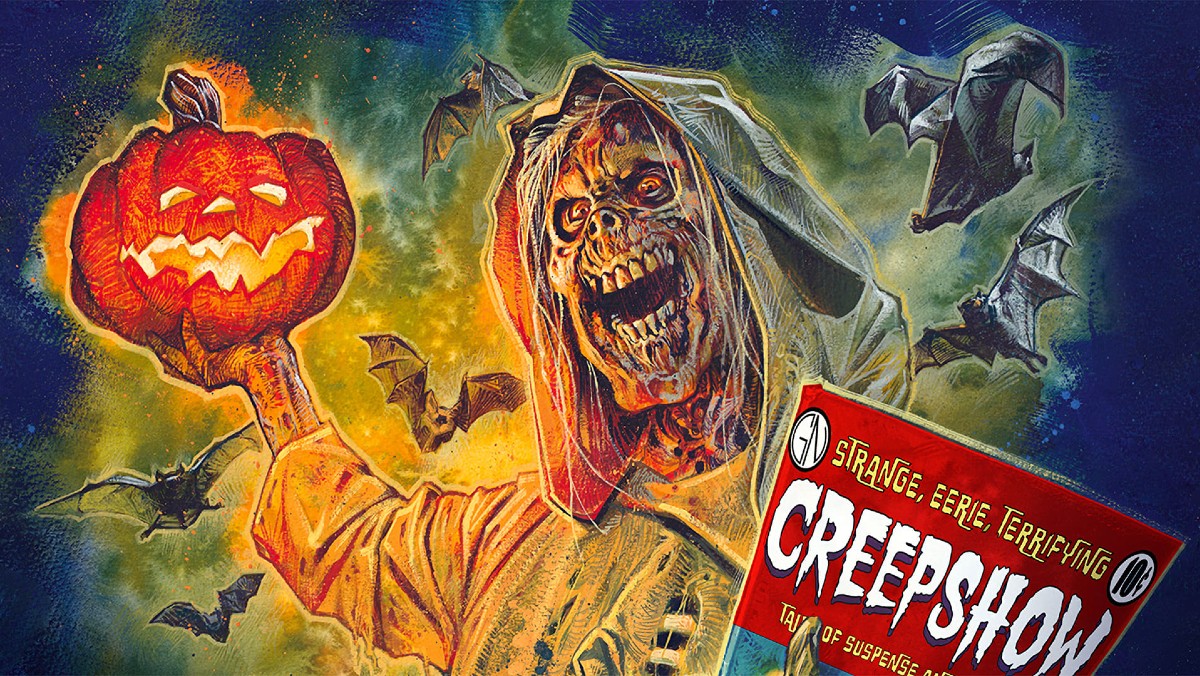 This special only has two stories, but they leave an impression. First, the intro has the Creep in gorgeously chilling makeup that looks so real. I would not want to sit beside him; you can smell the stench and death. Before there was the Cryptkeeper—who also loved a horror pun—there was the Creep. Maybe they’re cousins…twice removed?

What amplifies the fear is the music. The intro tune is a perfect homage to the original Creepshow. They’re almost identical, but this one still manages to shine in the best, most dreadful sense. You could be in 90-degree temperature, cozying up to a fireplace, and you will still be rubbing your arms, trying to shake the cold creeping in underneath your skin and freezing your bones.

The intro art style is from the Creepshow series. I love the art and 3D styling of the Creep, with artwork from comics hanging behind him. He’s wearing the stories as garb—literally swathing himself in horror. And naturally, no Creepshow would be complete without introducing the animated comic and turning the pages from mail-order products to our first tale.

The first story, “Survivor Type” is about a man stranded on an island, and is based on a story by Stephen King. The man’s only companions are the occasional gulls and a corpse. We hear him tell the story of his past and how he wound up in his current circumstances. But as resources dwindle, his mind begins to slowly unravel. Kiefer Sutherland, surprisingly, was a perfect choice to narrate this story. He sounds like the definition of a “wise guy.” 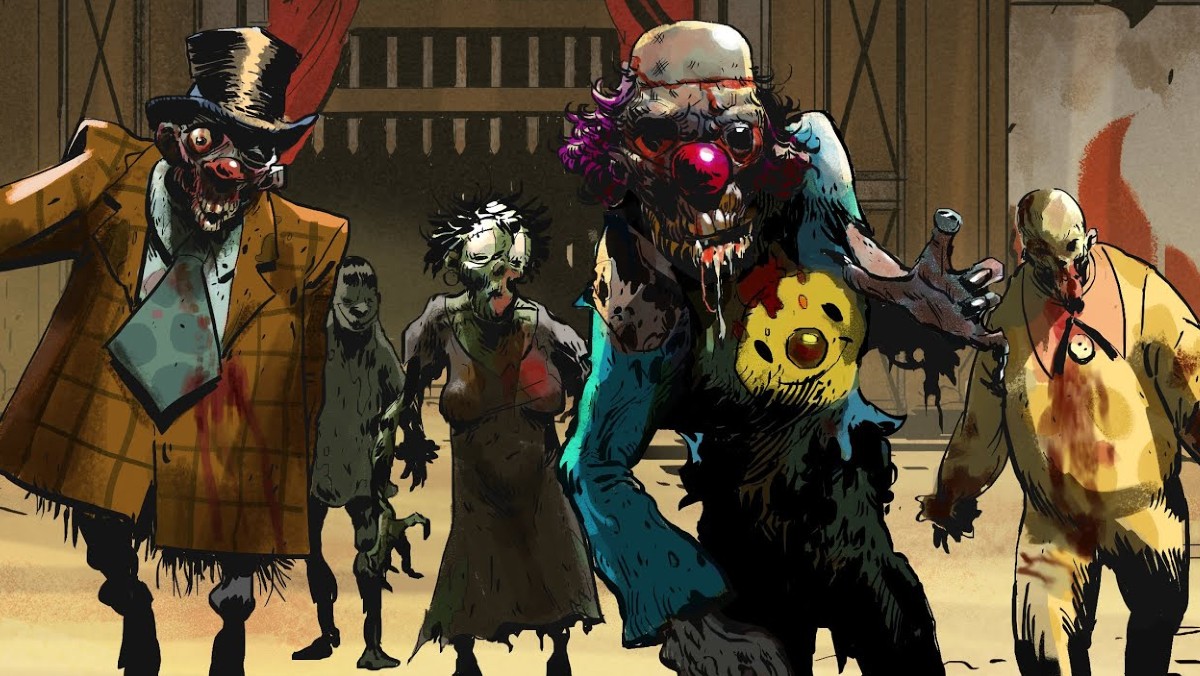 The second story, “Twittering From The Circus of the Dead” is my favorite. To a large degree, we know details based on the title alone. Based on a short story by Joe Hill, it follows a teenage girl and her family trip to Colorado. Unhappily tweeting from the backseat about how she hates this, things take a turn for the nightmarish when her father detours, sees a circus, and decides to check it out. This story still leaves some surprising twists that will leave you saying “Oh sh*t” a few times. This story is perfect for Halloween!

What I love particularly about the second is the reminder for me. Haunted houses, circuses, and clowns all make me uncomfortable because what happens when they’re legit? What happens when the clown or the monster is a crazed killer—a real monster? The cynical nature of people has increased, and while this can be beneficial, it can also be detrimental when you scream for help and no one believes you’re even in danger. It shows the dual nature of social media, which can be a space for love and joy—or a space to further harm. 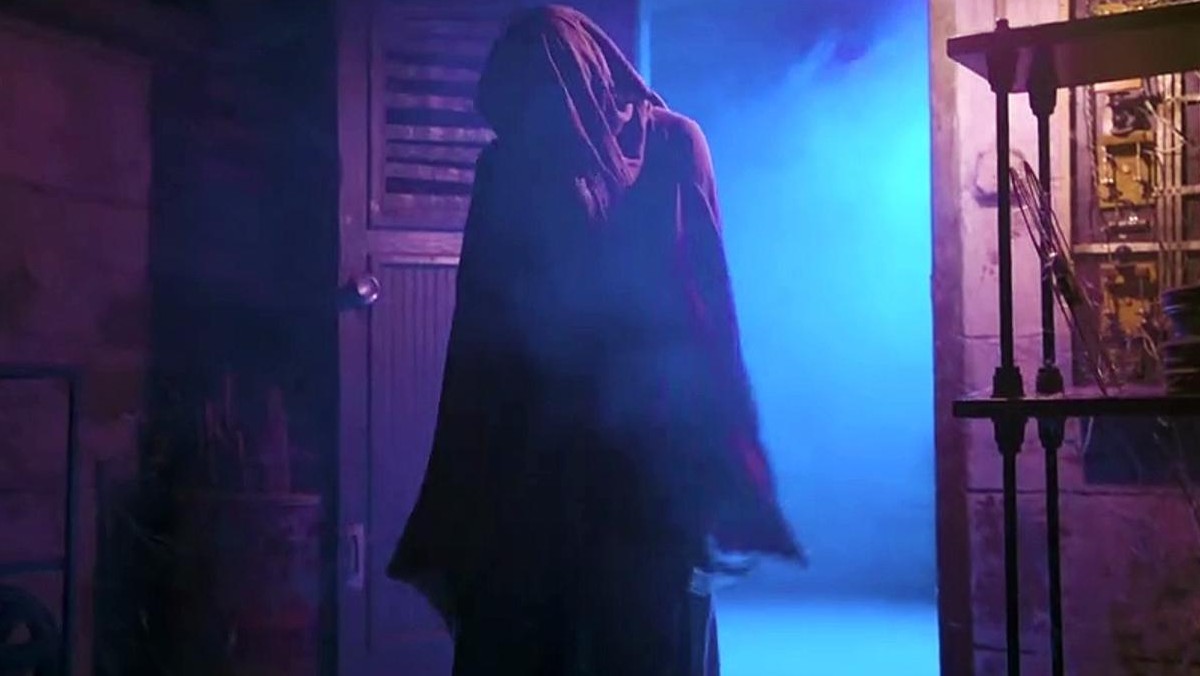 Overall, A Creepshow Animated Special is a welcome addition to the Creepshow collection. And cheers to the Stephen King cameo! The writing is wonderful, increases the realism of each story, and the animation still terrifies. The gore is colorful and riveting all by itself.

If I had a complaint, it would be that there aren’t enough of these animated specials. I hope to see more horror stories told through animation, both in series and feature films. If you’re a horror lover and love animation, this will leave you drooling for more. Well done!