Disney+ has only been around since November 2019, but it’s already brought a lot of joy and availability to our homes. The Mouse House streaming service is packed with loads of amazing content, from classic Disney animated films to the entire Star Wars catalogue, with all of the Pixar and Marvel movies to boot. But it’s also bringing us exciting new projects too, with original programming like The Mandalorian and High School Musical: The Musical: The Series.

Now, the director-to-consumer platform is bringing us something a little different. The new trailer for Short Circuit shows off an exciting new batch of experimental animated short films that are currently available on Disney+. Each film is rendered in a different style, with a different creative team behind the scenes. The result is a unique bag of animated goodies, with lush colors and heartwarming premises that are perfect for the entire family to enjoy.

According to a press release from Disney+, Short Circuit is a program that began back in 2016, where anyone at Walt Disney Animation Studios could pitch an idea with the potential to be selected to create an original short film with the support of the studio. The goal was to take risks in style and story, and bring exciting new ideas to the table in a short, experimental fashion. The result is these 14 mini-films, all roughly 2-minutes long. So far, the program has given 20 Disney Animation artists the opportunity to tell their stories.

The Short Circuit project includes films like Zach Parrish’s Puddles, about a young boy trying to convince his tech-obsessed sister that puddles contain portals to a fantastical world; Natalie Nourigat’s Exchange Student, about an Earthling kid trying to blend into a school of aliens; Brian Estrada’s Hair-Jitsu, about a young girl who goes to extreme lengths to avoid her first haircut; and Jerry Huynh’s Jing Hua, about a grieving martial artist who uses a magical form of kung fu to create a painted world for her recently departed teacher. 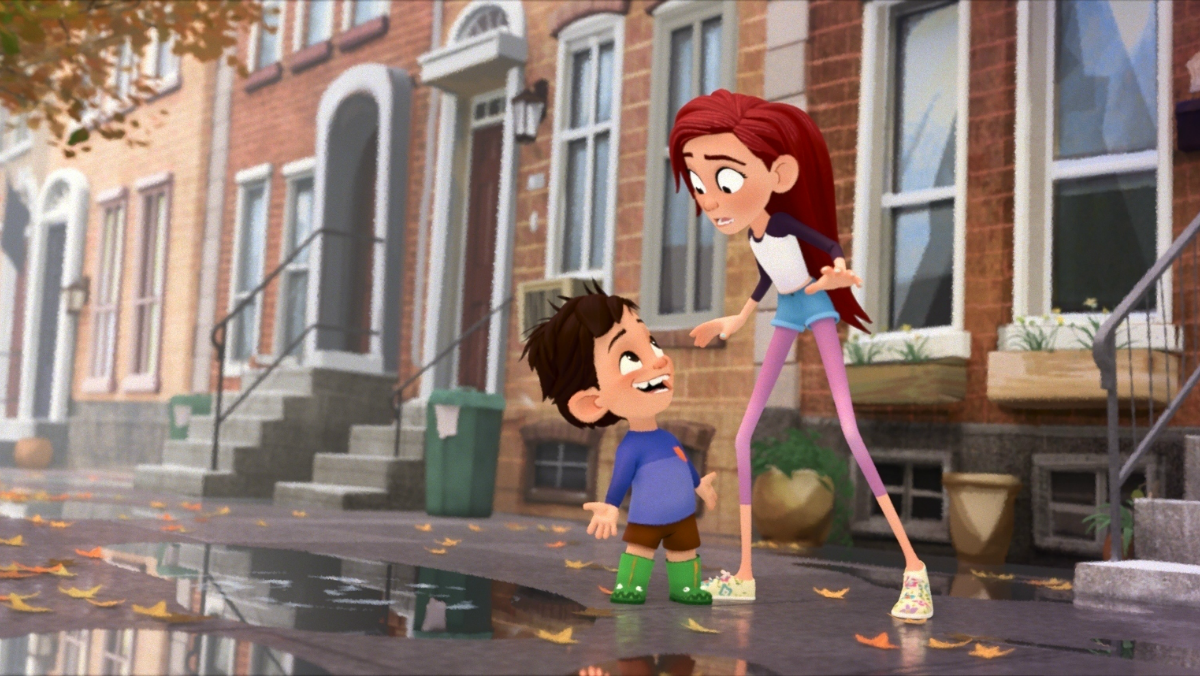 The first 14 films in the Short Circuit series dropped on Disney+ on January 24 and are available to watch in their entirety. According to Disney, there are more on the way. This is such an exciting addition to the Disney+ library for fans of animation, and an experimental short format gives us a taste at styles that could appear in future full-length projects. Disney is home to some of the most talented animators and storytellers on the planet, so knowing that they’re nurturing such a unique endeavor is thrilling. We’re so lucky they’re letting us in on these amazing short films.