How SHAZAM! Sets the Stage for Black Adam

Ever since the first rumblings about Shazam, there has been talk of The Rock as Black Adam. The former wrestler has been obsessed with the character for a decade and in 2017, he signed on for a solo Black Adam movie. As we ultimately saw a cheerier, more family-friendly version of Shazam come to the forefront of DC’s plans, it was unclear where the terrifying villain could fit. But now that the film has hit screens, we can see a pretty clear path for the introduction of Black Adam that was established during a magical but fleeting moment with the Rock of Eternity.

After Billy Batson is transported to the Wizard’s magical lair under the urban sprawl of Philadelphia, he’s has a history lesson about the powers that he’ll harness. The Wizard explains the power of Shazam and imparts lessons about great abilities. It’s a brief sequence but a powerful one, as Djimon Hounsou’s magical ancient uses golden glitter to showcase the backstory that led him to be alone in the ruins of the once majestic cave. 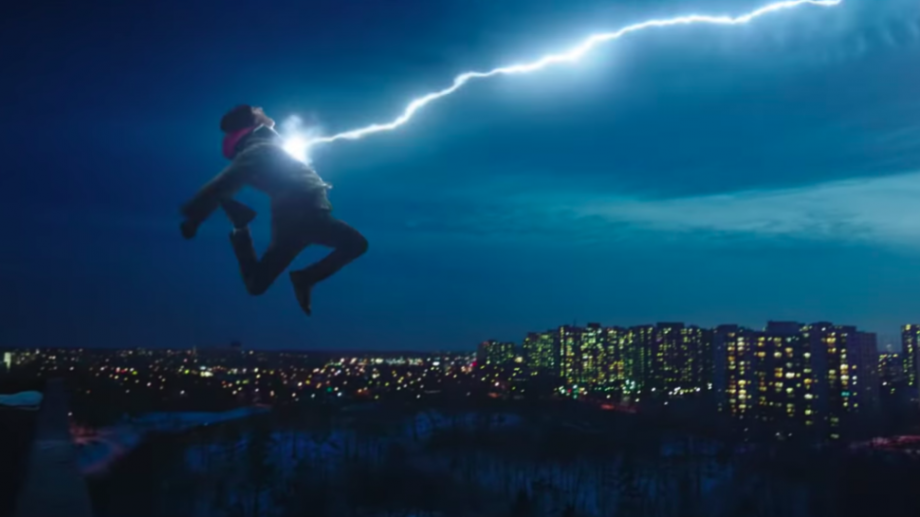 The shifting sands tell the story of a great warrior, the first to be bestowed with the wisdom of Solomon, the strength of Hercules, the stamina of Atlas, the power of Zeus, the courage of Achilles, and the speed of Mercury. But rather than becoming the hero that the Counsel of Wizards had hoped, he destroyed everything in his sight–entire civilizations, legions of people. For fans of the comics, this hulking maniac sounded just like Black Adam, immediately establishing the famed villain as canon within the contemporary DC film continuity.

The entire landscape of the DC Universe is shifting entirely, from the neon-hued epic fantasy of Aquaman to the Joe Dante influenced family fun of Shazam to the yet-to-be-seen but darker tone of The Joker. The past year has shaken up the idea of what a superhero film can be and that opens up a route for a dark, violent Black Adam origin story which could showcase the brutal history that the Wizard teased, and lean into Black Adam’s comic book origins that the sequence referenced. 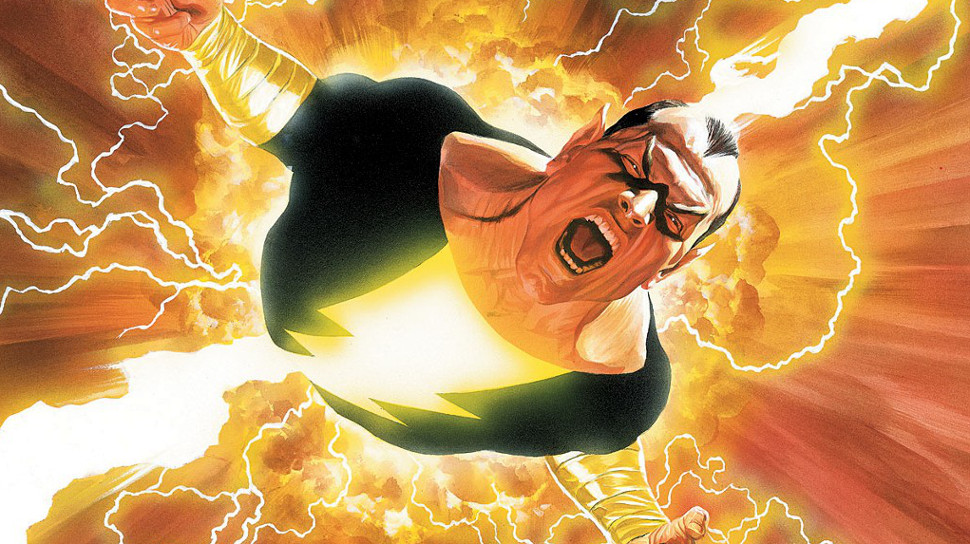 In the original Fawcett series, Black Adam only appeared once in The Marvel Family #1 as a young man named Teth-Adam in the era of the Ancient Egyptians. After the Wizard chooses to give him the powers of the immortals, Adam turns on him and decides to take over the world instead, killing the pharaoh and decimating the world. As a punishment, the Wizard banishes him to a star millions of lightyears away from Earth, which opens up two ways to introduce the iconic character.

DC could go all in on a period piece. The Rock already has a connection with Ancient Egyptian stories, but this could be a true historical epic, one which showcases all of his power, strength, and the chaos that Adam wrought when he decided to take over the world. The other potential story would follow Adam banished on a star and his plan to get back to Earth, seeking revenge on the Council and the Wizard who sent him there. This would open up an arena for a vast science-fiction flick and could avoid the trappings and tropes of historical pieces.