Singles Dress Up as Creatures for Blind Dates on SEXY BEASTS

Given the popularity of The Masked Singer, we can ascertain that viewers enjoy watching people dressed up in strange costumes. And given the general state of reality television over the past two decades, we can also conclude that people enjoy watching people go on bizarre dates. Netflix has endeavored to combine these two irrefutable tenets in one convenient package. Thus, we have Sexy Beasts, in which elaborate-prosthetic-laden singles meet for a night of “nonjudgmental” romance. At least that’s how they’re touting it. Take a look at the trailer, which features dolphins, demons, canids, scarecrows, insects, bovines, and a handful of uncategorizables.

To this trailer’s credit, it inspires a bevy of different thoughts and feelings. First, despite understandable inclinations, it’s not exactly accurate to refer to this as a furry dating show. The singles in question aren’t dressing up as such based on a sexual proclivity toward costumery. At least not so far as the show’s premise would have us believe. Instead, the idea is that people dressed up in extremely ornate disguises would only be able to judge one another on personality. 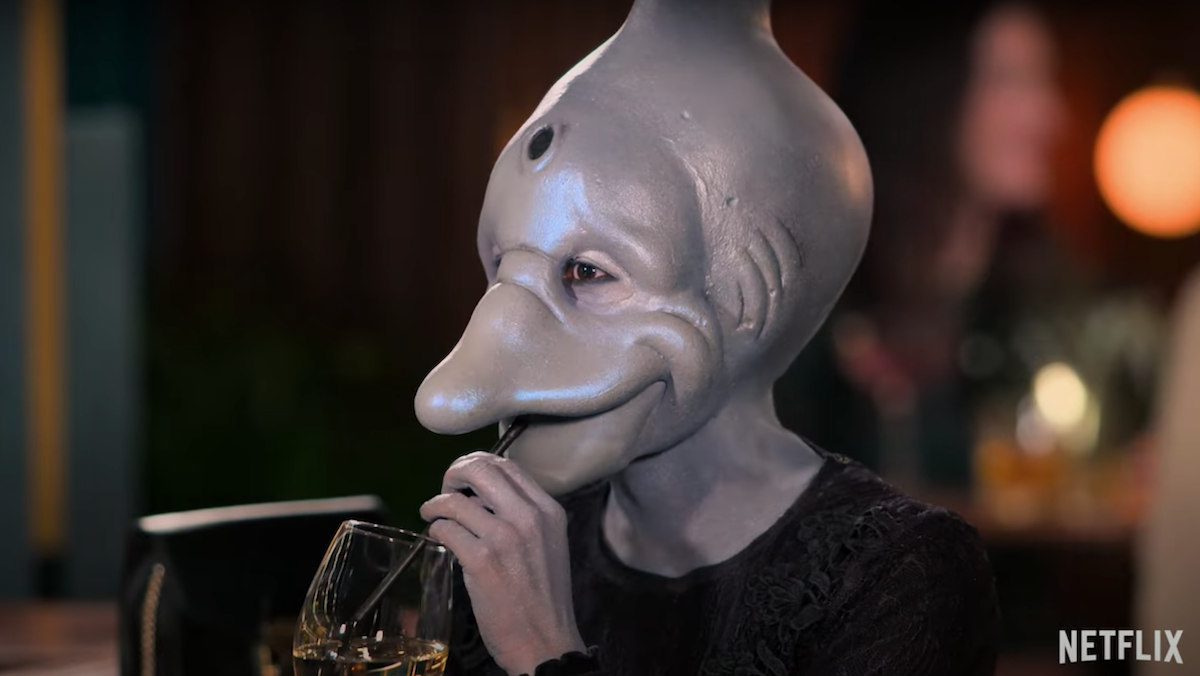 Of course, Sexy Beasts’ trailer only advertises contestants with body types that Hollywood traditionally prioritizes; all people we see are thin and, when shown out of the heavy prosthetics, “traditionally attractive.” So are we really to believe that Sexy Beasts is subverting traditional superficiality? Or is it just—both literally and figuratively—dressing it up as something else? Granted, this isn’t necessarily to deny the entertainment value in the central conceit. Perhaps it’ll be fun to watch a space alien trade nervous small talk over Cosmos with a groundhog.

Though the idea may be new to some viewers, Sexy Beasts is based on a like-named British series. The reality dating show ran for just over six months in 2014 on BBC Three. A year later, the American network A&E launched a likewise short-lived reboot. However, Netflix’s take seems to have upped the production value, which is half the fun.

Sexy Beasts will hit the streaming service on July 21.