It’s 2020 and there’s no doubt that as we enter into this new, shining decade of tech the pace of life is going to continue to pick up in just about every way imaginable. But excessively comfortable living—for those who have access to it—will also likely continue to be taken to new heights, and there are few better examples of those two trends dovetailing than with Segway-Ninebot’s new “S-Pod.” The “first-class smart transporting pod” is set to be revealed on January 7 at CES 2020 in Las Vegas, where we can only presume it will be promptly loaded onto the starship Axiom from WALL-E. 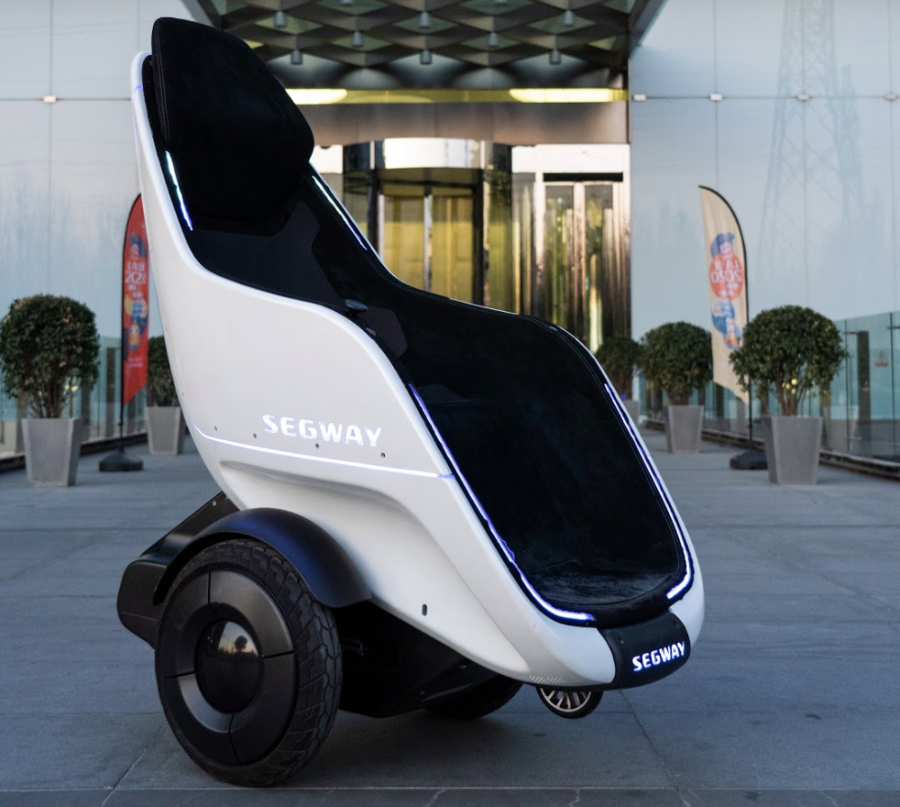 Gizmodo reported on Segway-Ninebot’s new form of short-distance transportation, which was first announced in a recent press release from the New Hampshire-based company. It should be noted that while Segway is still headquartered in the U.S., it’s actually a wholly owned subsidiary of Ninebot, a Beijing-based transportation robotics startup—hence the hyphenated name.

According to the press release, the S-Pod is a “safe, self-balancing vehicle…” that utilizes an “adaptive center-of-gravity automatic control system” to stay upright. It’s being billed as an ideal form of transportation for “enclosed campuses” such as theme parks, malls, or airports, although it still has a fairly gnarly top speed of 24 mph, as well as a more-than-reasonable battery range of 43 miles. Wired says that the S-Pod will have its speed locked to a 7.5 mph maximum though, so it’s unlikely any normal users will be able to satiate their need for speed in this sleek, sci-fi dentist’s chair.

The COUNTDOWN IS ON! ? We’re just FOUR days out from #CES2020! Keep checking back here for updates on products featured and some exciting new announcements! @CES #CES pic.twitter.com/IThNiw8vaZ

Unlike Segway-Ninebot’s other two-wheeled short-range transportation contraptions, such as the Segway i2 SE or Ninebot S, the S-Pod does not need users to lean forward or backward in order to slow down or speed up. Instead, the S-Pod utilizes an “intuitive assistive navigation panel,” which isn’t explained in any further detail. Perhaps that means there will be buttons or even a joystick to help maneuver the S-Pod, but that’s pure speculation. The press release does note that the pod’s “brake” is near its center of gravity, however, which means that any time the pod is leaned too far forward or backward, it simply stops. Segway-Ninebot says that this design “eliminates the possibility of the S-Pod tipping over in any situation.” The S-Pods can also apparently be controlled remotely.

As a side note, even though the S-Pod definitely brings to mind the floating chairs aboard the Axiom in WALL-E, Segway-Ninebot says that it was inspired by the Gyrospheres from Jurassic World. I.e. the glass hamster balls that people used to cruise around dinosaur-infested lands with the utmost hubris. We’re not sure if that’s a much better association for the S-Pod to have versus the one with the floating chairs from WALL-E, but either way it seems like we’re looking at a future where everyone is moving around a lot, but never using their legs.

The S-Pod is scheduled to come to market some time in 2021. As of this writing, Segway-Ninebot hasn’t hinted at what kind of price tag we’ll be looking at when it does finally hit “campuses.”

What do you think about Segway-Ninebot’s S-Pod? Are you excited to roll around in one of these zippy chairs, or do you prefer using your good old-fashioned legs? Roll out your opinions in the comments!