Which might be worse than when we thought they just hated us. 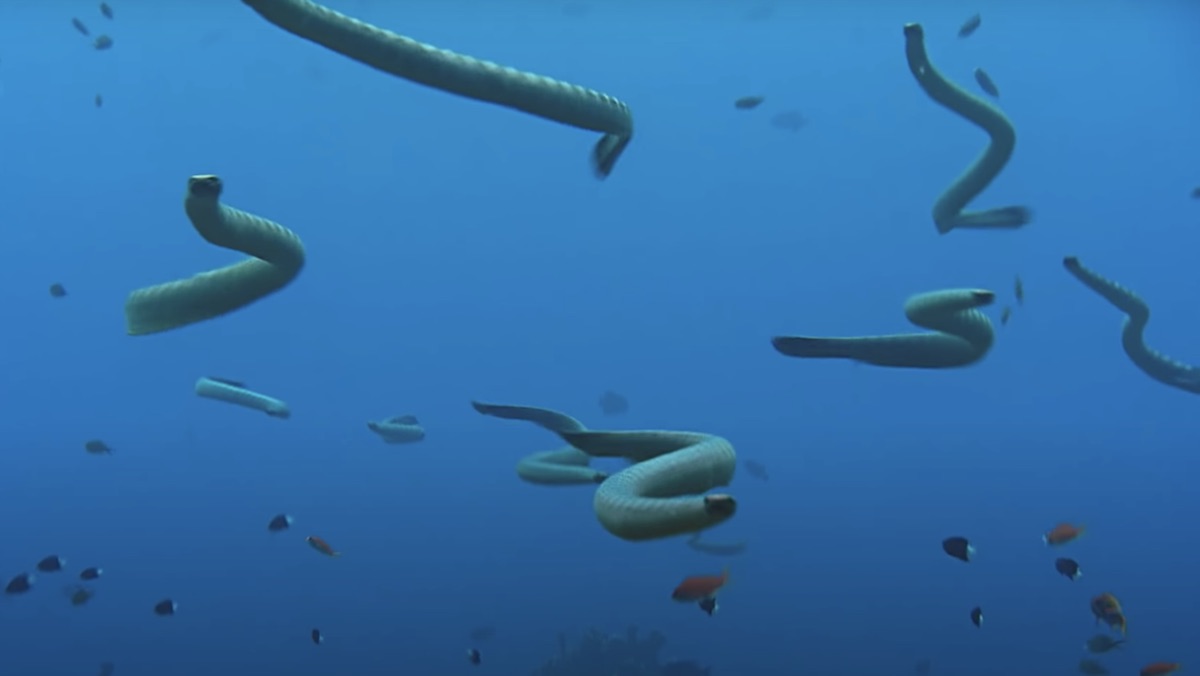 A new paper recently published in Nature (which we first learned about at HuffPost) outlines researchers’ examination of sea snake behavior near the southern Great Barrier Reef. The study was done in response to unprovoked “attacks” on scuba divers by highly venomous Olive sea snakes (Aipysurus laevis). Snakes sometimes wrap coils around the divers’ arms and legs. That can cause panic. Which is incredibly dangerous for obvious reasons. As though that wasn’t bad enough, the snakes also occasionally bite.

That would be a total nightmare on land. For so many reasons. That includes how these slithery creatures can grow up to six feet in length. But not to worry. Kinda. Scientists say these aren’t creatures preying on people; these interactions are not attacks at all. They are “misdirected courtship responses” from mostly male snakes during mating season. From the paper:

“Approaches to divers were most common during the breeding season (winter) and were by males rather than by female snakes. Males also made repeated approaches, spent more time with the diver, and exhibited behaviours (such as coiling around a limb) also seen during courtship. Agitated rapid approaches by males, easily interpreted as ‘attacks,’ often occurred after a courting male lost contact with a female he was pursuing, after interactions between rival males, or when a diver tried to flee from a male. These patterns suggest that ‘attacks’ by sea snakes on humans result from mistaken identity during sexual interactions. Rapid approaches by females occurred when they were being chased by males. Divers that flee from snakes may inadvertently mimic the responses of female snakes to courtship, encouraging males to give chase. To prevent escalation of encounters, divers should keep still and avoid retaliation.”

And when you put it like that… this is definitely worse than when we thought they just hated us.