Roleplay as Scoundrels In Space In SCUM AND VILLAINY - Nerdist

Roleplay as Scoundrels In Space In SCUM AND VILLAINY

If there is one sci-fi genre that’s popular among tabletop gamers, it’s space scoundrels. From classics like Traveller and Star Wars more modern representations like Firefly and Guardians of the Galaxy, gamers can’t seem to get enough of smuggled cargoes, last minute jumps to lightspeed and crewmembers arguing over doing what’s right versus doing what’s profitable. It seemed like only a matter of time before some took the shadowy heist action of the award-winning Blades In The Dark and apply it to the grey morality of this sector of space. Scum and Villainy does exactly that, kicking off Evil Hat Productions Forged in the Dark line of games that use the same game engine to encourage daring, dangerous play.

Blades in the Dark centers around rogues in a dark fantasy city inspired by Victorian England as they build their criminal empire by pulling jobs, dealing with the heat from those jobs and spending time building their assets and relationships with other games. Not only are the players advancing their characters through play, but they also level up their entire crew by taking turf and fending off NPC organization trying to put them in their place. 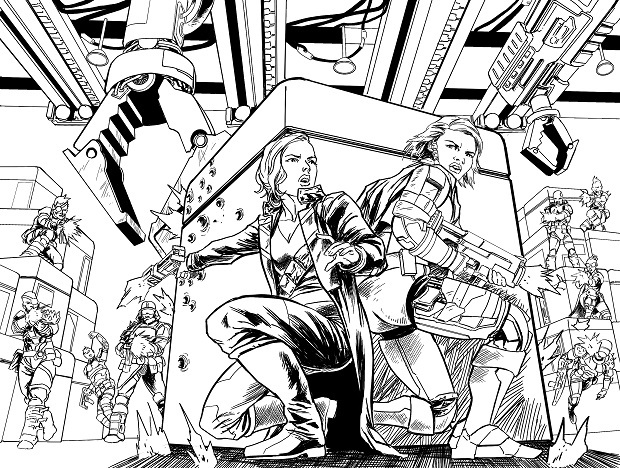 Scum and Villainy builds on this basic framework but adjusts it to better fit the genre. Each player chooses a playbook from many that sounds familiar to fans of the genre—The Mechanic, The Muscle, The Mystic, The Pilot, The Scoundrel, The Speaker, The Stitch—and build their characters asking a few questions. In addition to choosing their character’s skills and abilities, they playbooks also set up the players allies, rivals and factions they owe in classic space scoundrel style. Every character starts plugged into the rough and tumble side of space with NPCs they can count on…until the offer is too good to sell them out at the worst possible time.

Then the players choose their ship, which focuses their gameplay on a particular mode.  Stardancer-class ships specialize in moving cargo, quietly get in and out of restricted space and keep flyin’ no matter the odds. Cerberus-class ships are made for extraction specialists and space cowboys looking to put away bad guys that the law can’t reach in the black. Firedrake-class ships are the vessel of choice for the resistance and the rebels looking to protect the little guy from the big bad galactic forces that call the shots. Most games will feature a little from all three gameplay modes, but the ship choice is a big indicator of the main direction the players want to go. 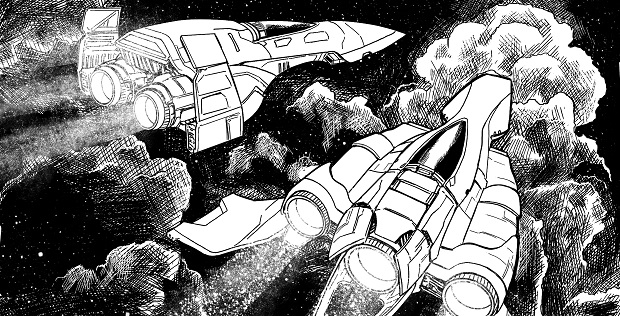 Players roll polls of six-sided dice when they want to take a risk with the highest die telling them the outcome. Rolling a six means their risk went off without a hitch, a four or five means something didn’t quite go to plan and a complication or two popped up and a one through three means trouble at best, pain at worst. Players can spend stress to avoid bad outcomes or justify flashbacks that show how the failure was all meant to be part of the plan, but Scum & Villainy adds something new to the game called gambits. Gambits represent that peculiar mix of luck, fate and strange circumstances that follows crews such as these wherever they go. They can spend gambits for extra dice out of a communal pool or they can use them for specific purposes based on their character playbook.

The game comes with a built-in setting that offers a lot of elements most people expect out of space opera; charismatic aliens, a semi-mystical alien religion with artifacts to be plundered and crime lords aplenty to play off against another. Each ship choice comes with a built-in quick start to get play moving in the included Procyon Sector full of factions to cozy up to and enrage. The factions each have an agenda that also functions as a grand ending to the campaign. Once the crew gets in good with a faction, the GM is encouraged to come up with three missions that advance the factions agenda and changes Procyon Sector permanently. After that, the players and their ship fly off into the sunset until another crew tries their hand at destiny.

Whether the players want to forge the future or Procyon Sector or quickly adapt the rule to their favorite shady space setting, Scum and Villainy offers a quick set-up, a flexible system and a chance to change the galaxy forever. Pick it up online or at your FLGS today!

What’s your favorite kind of space scum? Let us know in the comments!