Get a Movie-Accurate GHOSTBUSTERS Proton Pack from Hasbro

You can say you ain’t afraid of no ghosts. But that’s easy when you’re carrying around a ghost bustin’ proton pack. Remember, that spooky specter in the library scared the crap out of Ray, Egon, and Venkman before they had their equipment. What are the rest of us to do then? We’re walking around totally unprepared for any spirits who might haunt us, eat our hot dogs, or turn into demon dogs. Well, soon we’ll be able to at least look like we’re ready for something strange in the neighborhood. Hasbro’s new movie-accurate HasLab Proton Pack replica looks so real ghosts won’t know the difference. 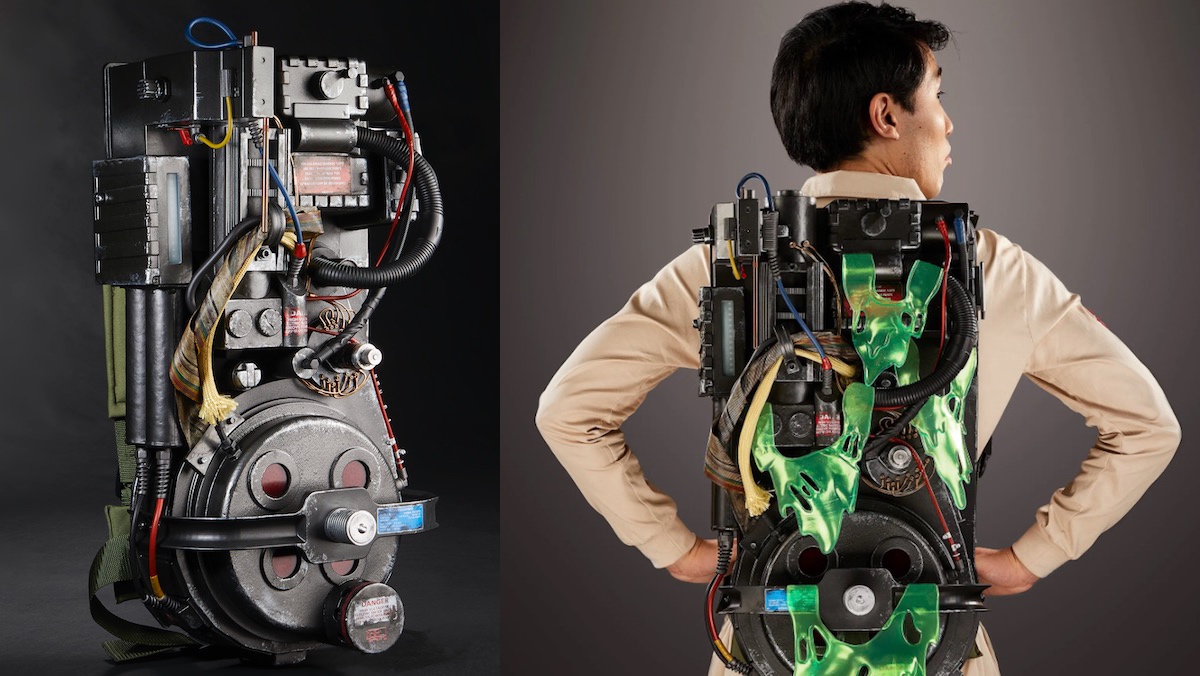 The newest campaign from Hasbro Pulse HasLab is a highly-realistic, detailed Plasma Series Spengler’s Proton Pack. The 1:1 scale replica looks like it came right from the set of the original 1984 film. That’s because Hasbro worked “directly” with Sony Pictures Consumer Products and Ghost Corps on the model proton pack. Hasbro scanned this model “directly from the Ghostbusters: Afterlife Proton Pack hero prop” used in the film. Hasbro says the end result is a collectible that is “just right” down “to the very last nut and bolt.” And we have to say this Hasbro-Ghostbusters collaboration is a great one.

The “first-ever, full-scale, mass-manufactured,” modular, lightweight proton pack includes tech features such as lights, sounds, and “a motor for active roleplay.” It also has two modes of play. You can switch between lights and sounds from both the original Ghostbusters and the upcoming Afterlife. It’s also compatible with the Ghostbusters Plasma Series Spengler’s Neutrona Wand (sold separately). You can connect it to the proton pack’s metal V-hook. And the high-end collectible features a booster, power cell injectors, bumper, shock mount, and more to discover on the inside. As the cyclotron opens so you can see how it looks on the interior.

The project ($399) needs 7,000 backers by December 12 to go into production. (And is already past the halfway point.) But if more people support the campaign they’ll unlock more stretch goals with other goodies you can read about at the project’s site.

While this won’t help you actually bust any ghosts, it looks like a real proton pack. And undead spirits won’t be able to tell the difference. They don’t know this Ghostbusters proton pack is just a replica. You won’t have to be afraid of no ghosts anymore. Or at least not the dumb ones.