Director Edgar Wright and Dolby Cinema are teaming up for a very special event. Scott Pilgrim vs. The World is returning to theaters on April 30. For those who can safely go, the 2010 cult classic is a perfect movie to mark your glorious return to theaters. But this isn’t just a rerelease. It’s a never-before-seen version of the film, featuring enhanced audio and visuals. And as a bonus, it has its own original trailer and poster.

Scott Pilgrim vs. The World is one of our absolute favorites. Now it has been “reimagined” in Dolby Vision and Dolby Atmos. This all-new cut is exclusive to Dolby Cinema locations in the U.S. for a very limited time. It will only be in theaters for a week. 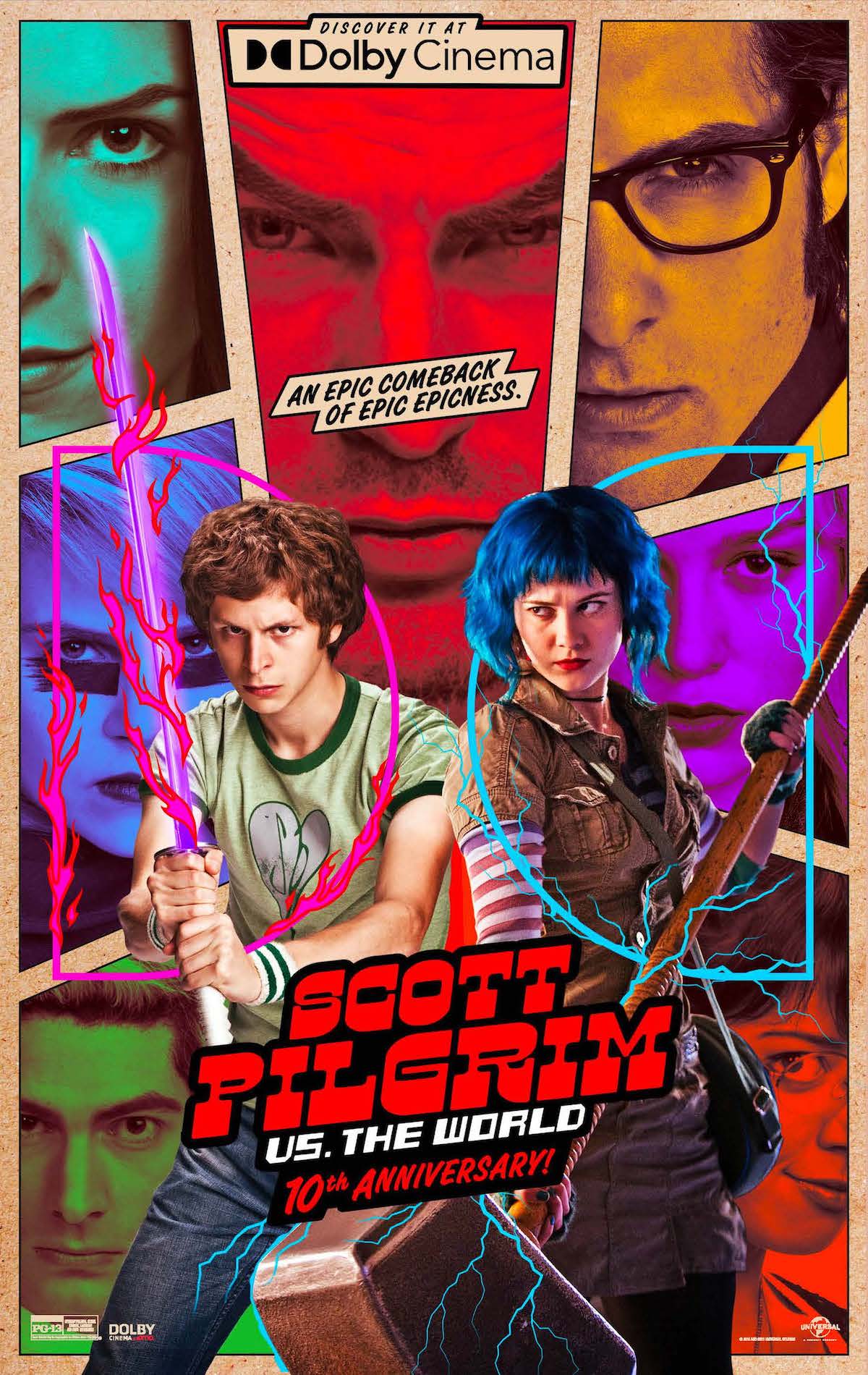 In a statement, Edgar Wright talked about this very special release and what it will mean for fans. “Scott Pilgrim vs. The World was designed for the big screen and for the best sound systems. To be able to see it with the best specs is obviously any filmmaker’s dream. You want people to see it as good as it could possibly be. I suspect that if you’re a fan of the movie, you’re going to get such a kick out of seeing it like this.”

Even though we haven’t seen it yet, we can say we completely agree.

The only downside is that obviously April 30 will be too soon for some would-be audience goers. Not everyone will be able to safely go to a theater by then. But we imagine that “one week only” doesn’t mean “only one week ever.” This is technically a 10th anniversary celebration that was delayed for the same reasons. Hopefully this version will be back in theaters for many more limited engagements in the future. If you are able to see it this time though, tickets are now on sale. You can purchase yours now from Dolby.