This Is Why Scorpions Glow Under UV Light - Nerdist

This Is Why Scorpions Glow Under UV Light

Beginning in late 2020 news of various creatures demonstrating fluorescence under ultraviolet (UV) light began to inundate the internet. The trend began with what else but platypuses, then progressed to a whole bunch of other mammals. Now, YouTuber and science educator Derek Muller has taken a look at scorpions. Many of whom also apparently glow under UV light. For reasons that still aren’t totally clear.

Muller recently posted the above video looking at fluorescent scorpions to his YouTube channel. For those unfamiliar Muller’s channel, Veritasium, takes a look at all sorts of esoteric scientific concepts and mysteries. Previously Muller has looked at everything from why people make stupid mistakes to how quantum mechanics really works. 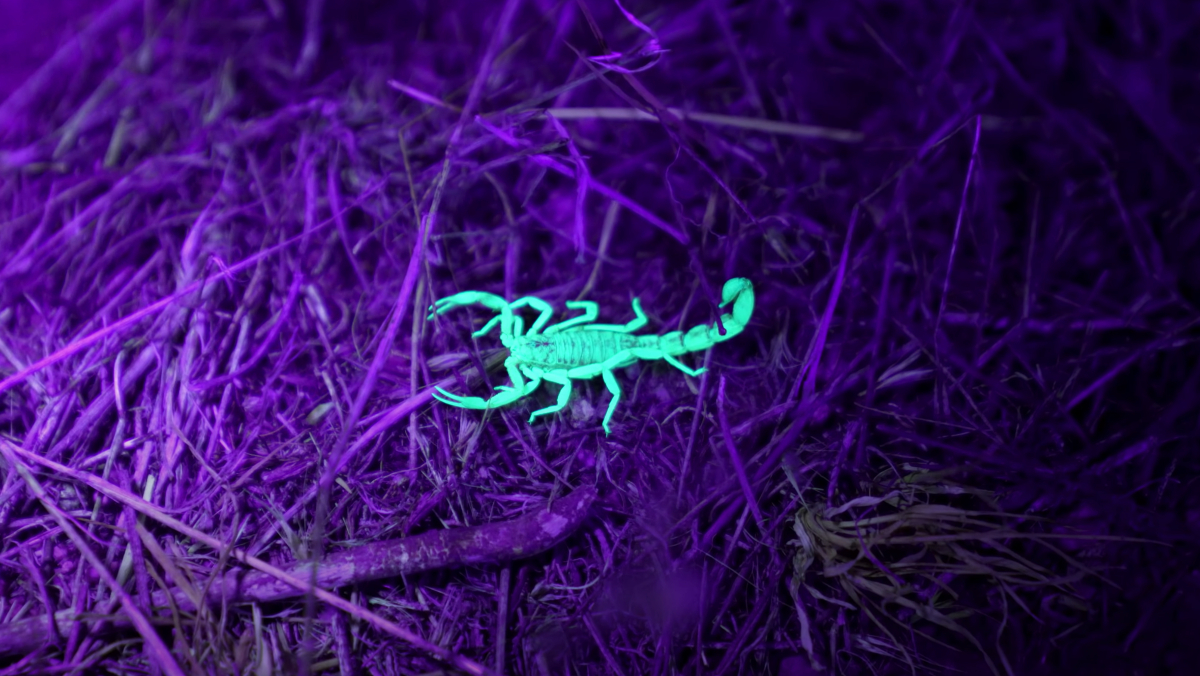 In this video, Muller aims to answer the question: Why do almost all species of scorpion glow a bright green color under UV light? To figure out the answer Muller teams up with Professor of Biology Carl Kloock at California State University Bakersfield; heading into the field (literally) to see how scorpions’ ability to fluoresce could benefit them evolutionarily.

As Kloock himself notes he has six hypotheses that could explain the glowing scorpions. The speculative guesses range from the glow being a “relic trait” that’s no longer useful to it being a sort of sunscreen. Kloock even thinks the glow could be a way for scorpions to talk to each other. Although we imagine they’d just say GET OVER HERE! to each other over and over. 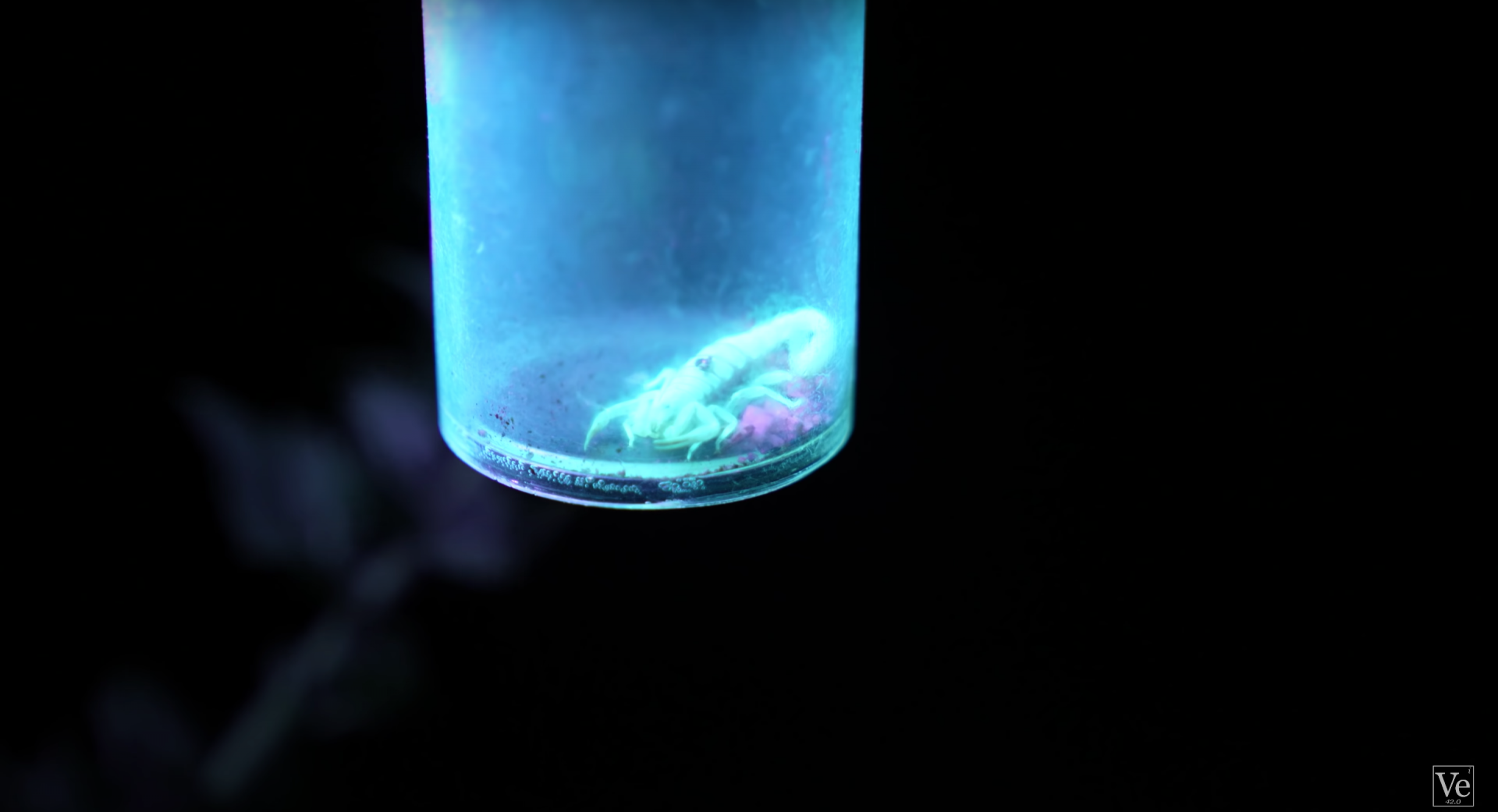 It seems Kloock believes the most likely explanation is that the glow helps the scorpions to detect UV light. As Muller shows, when the scorpions absorb light in the ultraviolet wavelength they emit it in the visual band of the electromagnetic spectrum. (Hence the reason we can see them glowing.) Kloock, along with other biologists, think the scorpions can detect this visual-light emission with “photon collectors” in their tails.

As for what evolutionary purpose that ability could serve, there’s evidence it may help scorpions avoid exposing themselves if it’s too bright out. While scorpions do have eight eyes, the predatory arachnids can still detect UV light when they’re covered. Which means this ability could be especially useful at night. When other far larger predators are out looking for meals.