A team of researchers announced it successfully used decoy turtle eggs to uncover poachers’ trade routes in Costa Rica. The faux eggs, referred to as InvestEGGator decoys, each contained a GPS tracker. They were deployed on beaches in 101 separate turtle nests. In all, the team identified five illegal trade chains, including some that stretched all the way to peoples’ residences.

Can GPS transmitters hidden in decoy sea turtle eggs curtail wildlife crime? Here’s how @pasopacifico and my teams in Costa Rica, did just that with the help of Wildlife Crime Tech Challenge and @DICE_Kent. Published today in @CurrentBiology https://t.co/aVOQXoi6vT
/1 pic.twitter.com/qzTUq1SV5I

Conservationists at the Durrell Institute of Conservation and Ecology ( DICE) in the UK and the wildlife-protection organization Paso Pacifico in Costa Rica led the team of researchers. They recently published the results of their InvestEGGator mission in the journal Current Biology. “Our research showed that placing a decoy into a turtle nest did not damage the incubating embryos and that the decoys work,” Helen Pheasey says in a Paso Pacifico blog post that comes via Interesting Engineering. Pheasey, a Biodiversity Management PhD, adds she and her colleagues tracked the eggs from beach to consumer.

We compared post-incubation nests, with and without a decoy, to ensure they did not harm incubating embryos and we also calculated the malfunction rate. We found the decoys were safe and often stayed local – great intelligence for demand reduction campaigns!
/3 pic.twitter.com/kk8OLQbyBp

Nerdily enough, it turns out a pair of legendary television dramas provided the blueprints for the 3D-printed decoy eggs. Kim Williams-Guillén, the eggs’ original designer, says the Breaking Bad plot in which characters place trackers on barrels of chemicals, as well as The Wire plot in which police officers stick audio devices in tennis balls, served as inspiration for the InvestEGGator prototype.

The decoy eggs worked exactly as you expect, with their GPS data mapping out trade routes. In the study, the team notes that tracking these routes is “key to disrupting trade and curtailing” wildlife crime. One of these routes, for example, identified an entire trade chain that stretched 85 miles long. 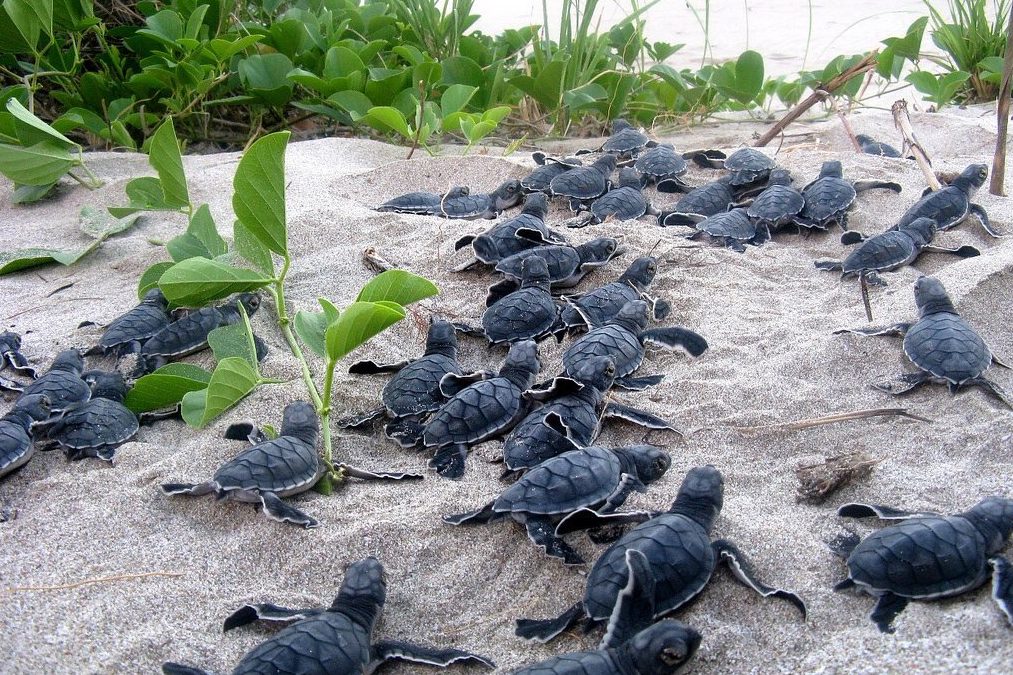 Moving forward, Pheasey and her colleagues say they’d like to see wider deployment of the decoy eggs in other countries. This, they say, could shed light on the way the turtle egg trade operates in different parts of the world.