Even though America is fast becoming the land of the electric vehicle, there’s one kind of fuel that’ll never go out of fashion: nightmare fuel. And here, to top you off, is a robot-Venus flytrap hybrid that looks like the offspring of Wall-E and the Demogorgon. Or maybe Audrey II from Little Shop of Horrors and a Martian rover.

Science News reported on the Frankenstein robot. (And yes, we know Frankenstein was the scientist, but c’mon). The bot, technically referred to as an “on-demand plant-based actuator created using comfortable electrodes,” is mostly computer chips and metal. Except for its grabber, which is a wholly—severed—Venus flytrap leaf.

Despite the fact it’s been severed from its stem, engineers are still able to activate the flytrap leaf by shocking it with electrodes; an input that forces the leaf to snap shut, on command. In fact, the engineers need only press a button on their phones to commence with the mouthy clap of doom. 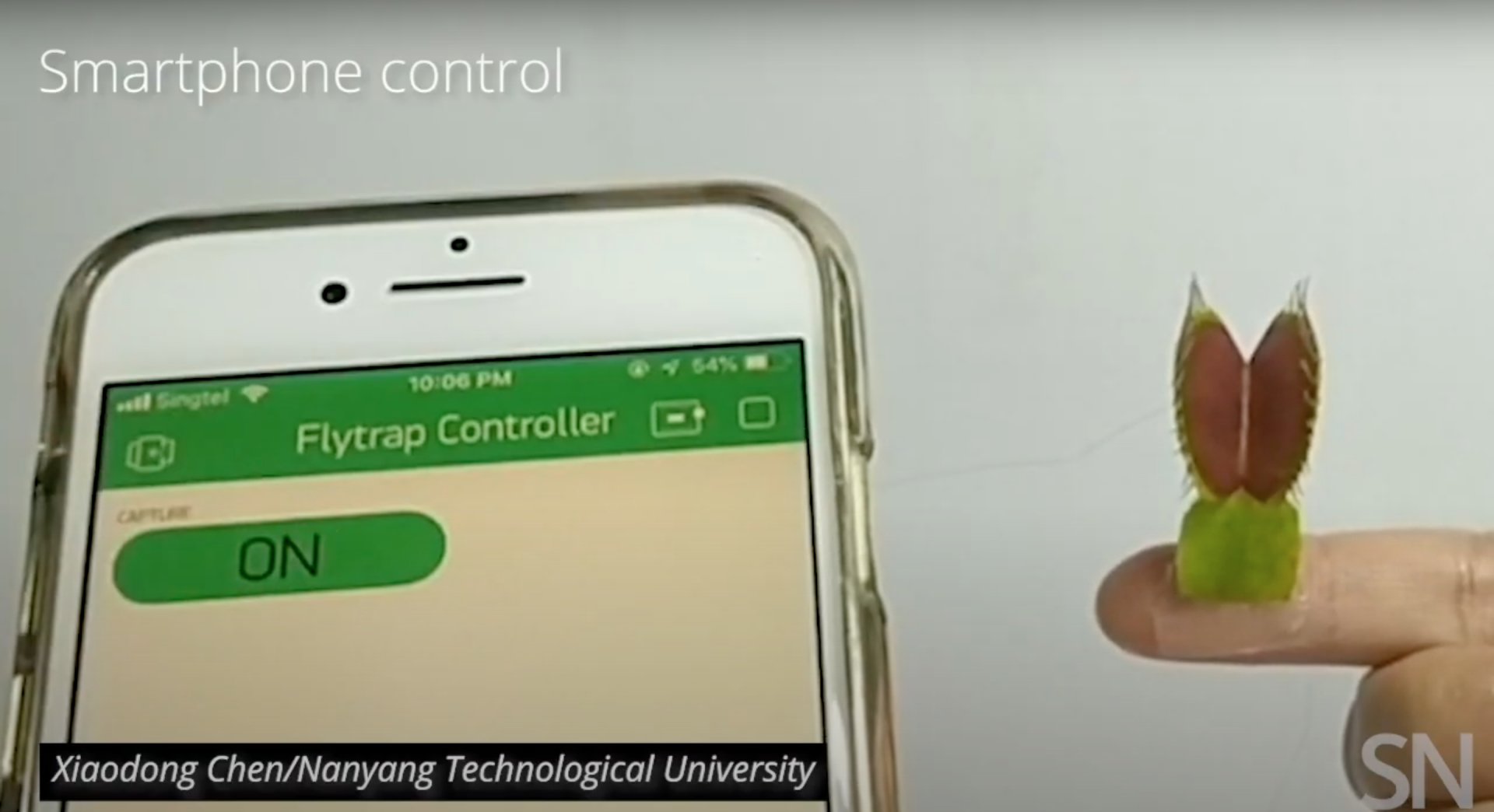 The engineers responsible for the robo-plant, at Nanyang Technological University in Singapore, say this experimental robot demonstrates how integrating soft, flexible plant material into robots may be able to make them more delicate when grabbing things. An ability which, while simple for we humans, is a significantly harder task for clunky machines.

In the video at top, the engineers—who outlined their findings in a paper recently published in the journal, Nature Electronics—demonstrate the robot’s ability to grab an extremely thin wire; as well as a slowly moving one-gram weight. Although the leaf was not a part of the robot when it grabbed the weight. It was still technically dead, though! 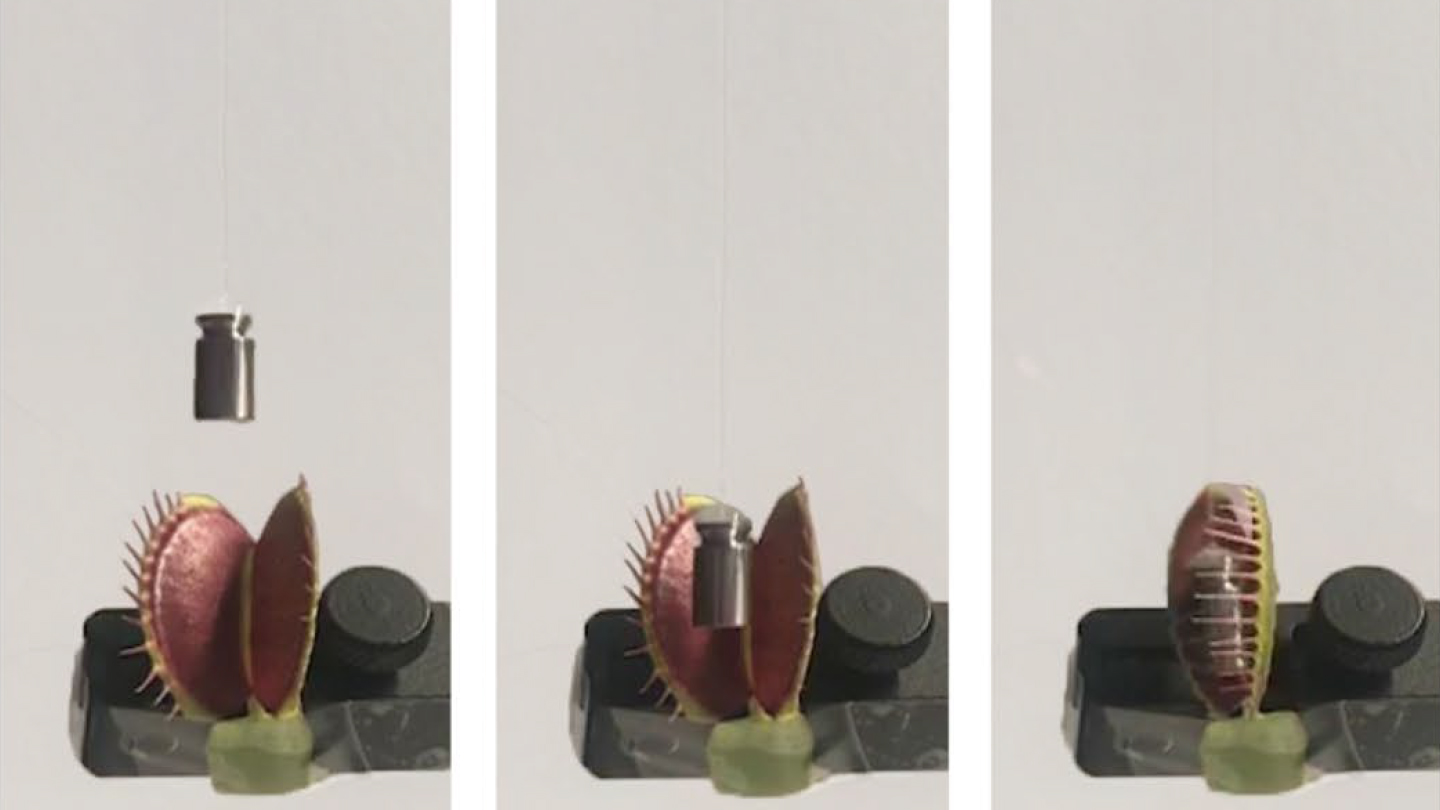 Unfortunately, there are some downsides to this eyeless portmanteau of primitive fears. The flytrap leaf, for example, only works for 24 hours after cut from its stem. The engineers also need several hours to reopen the flytrap after it grabs something. But those caveats aside, it seems like the precedent is set here for something very strange. Certainly whatever iteration comes next will make for more, high-grade scream gasoline.