A clip from a 2010 video of a comb jelly eating its genetic relative has surfaced recently, and it’s notable for several reasons. The most important reason (as far as we’re concerned), is that, apparently, when a comb jelly feasts, it looks a lot like Audrey II from Little Shop of Horrors. While there are no tentacles involved, there is certainly a strong likeness in those giant, undulating lips.

Nature: Ok Beroe, as a comb jelly, what features would you like?
Beroe: Just a mouth and stomach, please.
N: Um...really? Kinda minimalist, don't you think?
B: Trust me Nature, I've got this...
N: OMG BEROE WHA...😱
B: 😈exactly😈#DailyJelly
Video: https://t.co/N7OasSdO8y pic.twitter.com/MHYOvh6PHr

In the complete video, seen below—posted by YouTuber user scidivervideo—we watch as Ctenophore Beroe ovata gulps down Ctenophore Mnemiopsis macrydi. Both species of comb jelly are ctenophores; that is, they both belong to the phylum of invertebrate marine animal Ctenophora. Ctenophores are most notable for the cilia, which are tiny organelles that beat in unison to create locomotion. (Ctenophores, incidentally, are also called sea gooseberries, sea walnuts, and Venus’s girdles.)

Although it may seem bizarre—and genetically disadvantageous—it’s common for ctenophores to snack on each other like this. In fact, the translucent jellies will eat most creatures they run into, including plankton, crustaceans, and jellyfish. It makes sense that they’re hearty too, as ctenophores may be the most ancient group of animals on Earth.

All of the fun biology aside, there’s no doubt Beroe ovata looks eerily like Audrey Junior as it consumes Mnemiopsis macrydi. If you go back through and watch some clips from the film, you’ll see the resemblance immediately. Specifically note the lip wiggle that both the real and fictional creatures display post meal. 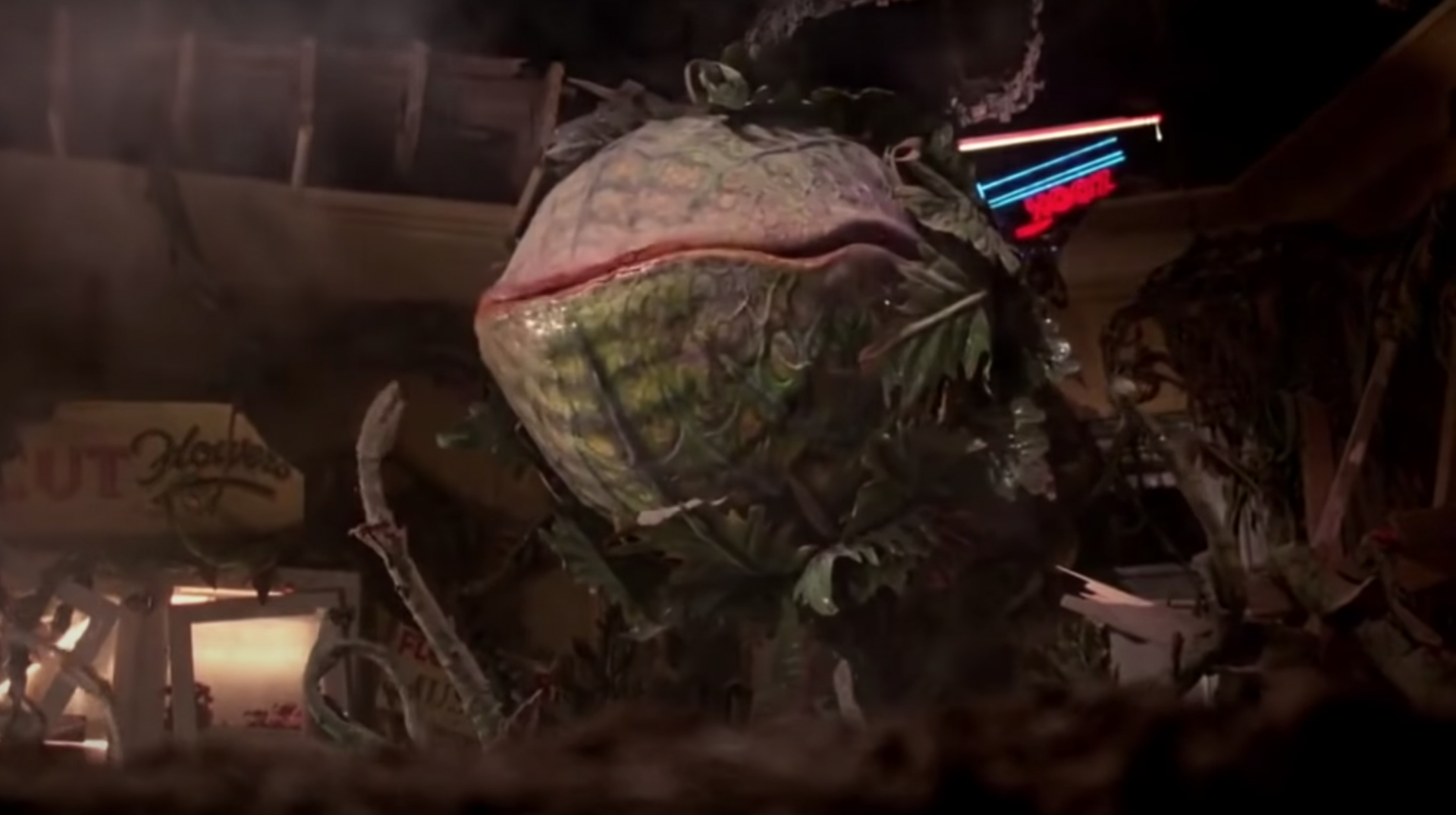 For those of you now desperately intrigued with comb jellies, you’ll want to check out the bloody-belly comb jelly. Not only does the species of ctenophore put on a dazzling light show, it also has a crimson tinge. And now you know: the reason for that tinge is just as macabre as anything from Little Shop.