Sink Your Dino-Teeth into this JURASSIC PARK Pinball Machine

With new LEGOs, an updated theme park attraction, and spinoff animated series, it’s a great time to be a Jurassic Park fan. Thanks to Stern Pinball, we have another sweet dinosaur dig to add to our list.

The pinball machine company will add Jurassic Park to its repertoire of pop-culture themed games, including Star Wars, Ghostbusters, Game of Thrones, and more. The Jurassic Park pinball machine will have three stylings—Pro, Premium, and Limited Edition—for fanatics to choose from. Each pinball model will thrust gamers into Isla Nubar, tasked with rescuing trapped park staff and avoiding ferocious dinosaurs.

We especially appreciate the little details within each pinball model that harken back to the film. For starters, all three stylings feature the iconic Jurassic Park truck, as well as hand-painted artwork of the mighty dinosaurs. With a map of Isla Nubar and a laughing Dennis Nedry, these pinball machines really evoke the tone of the film. 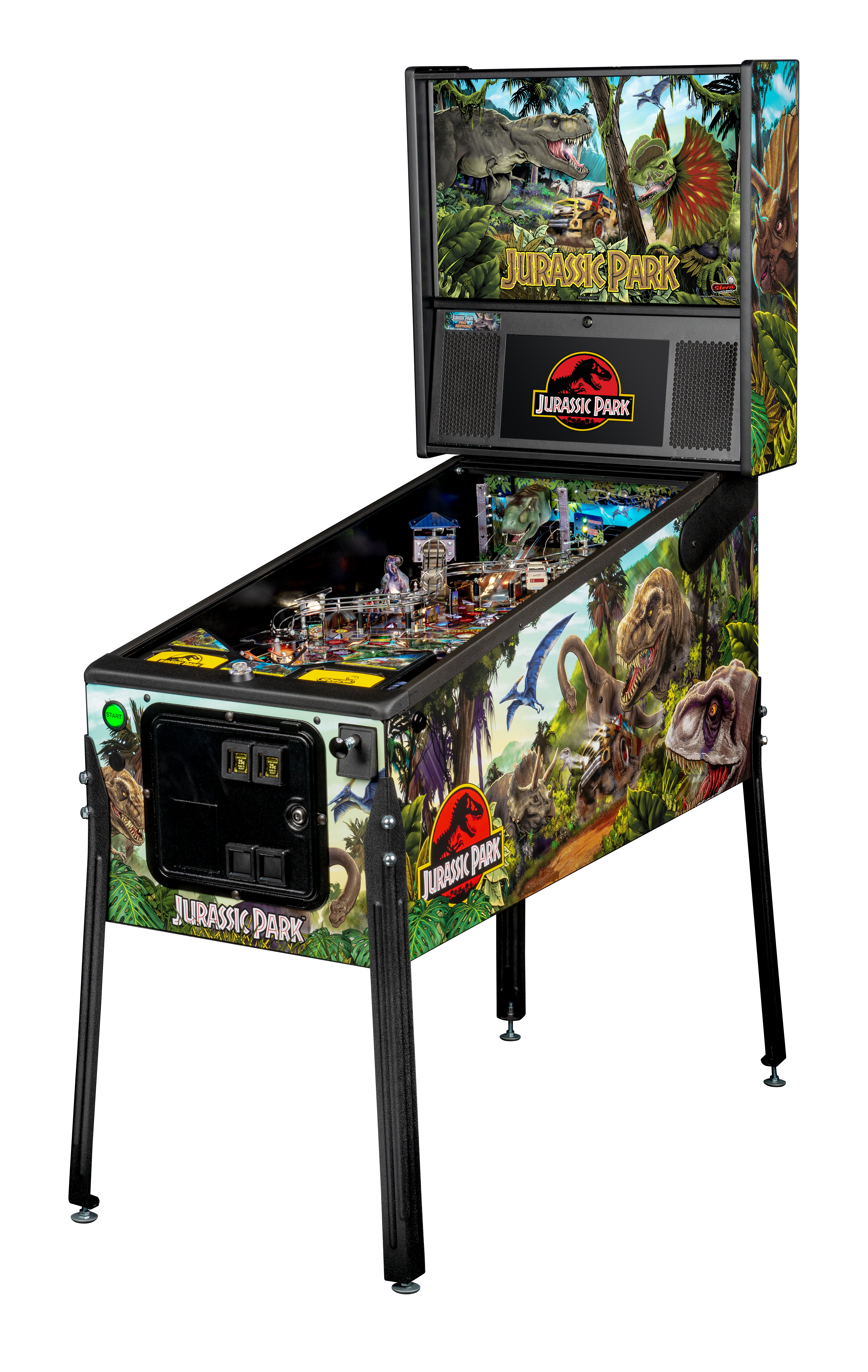 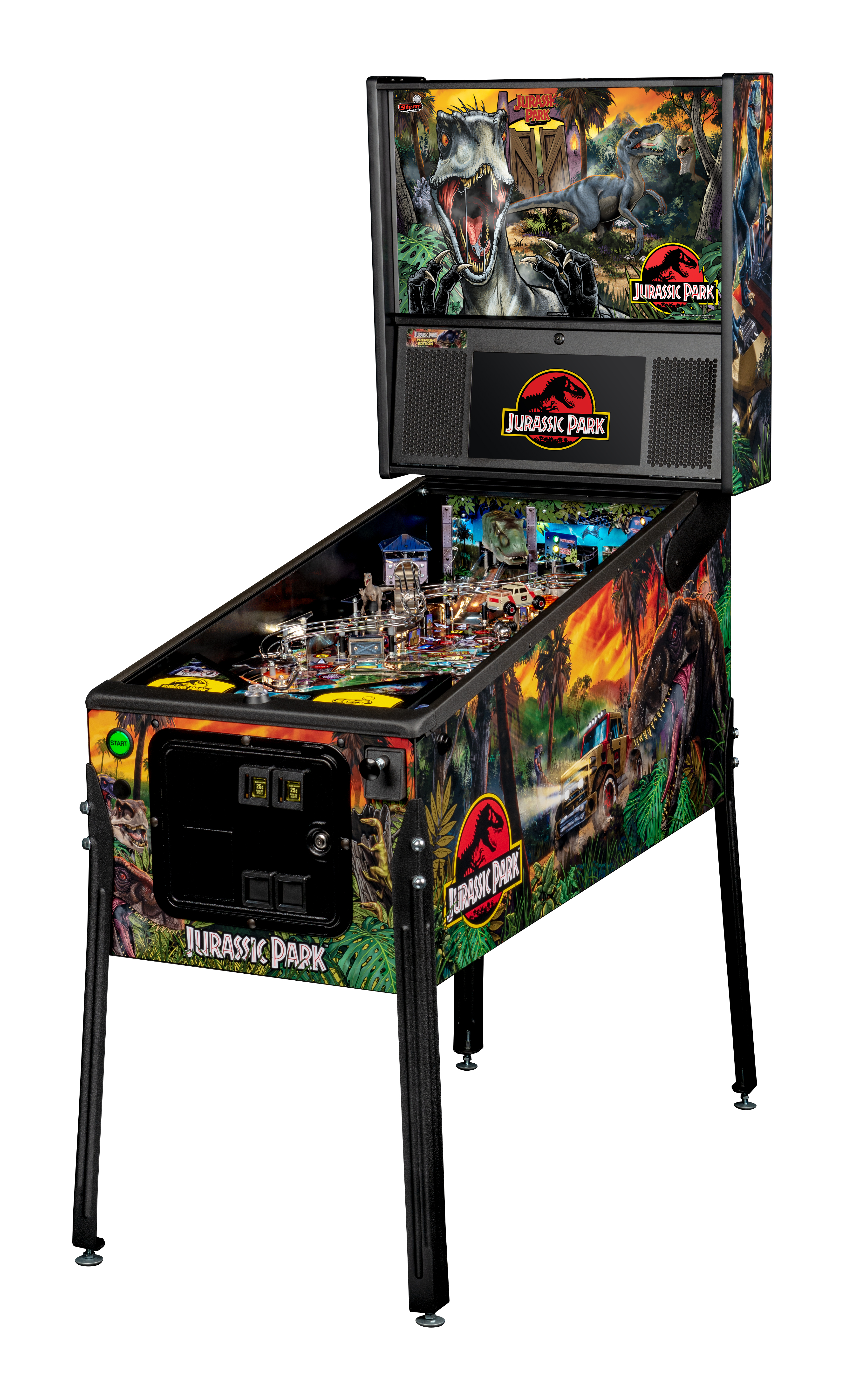 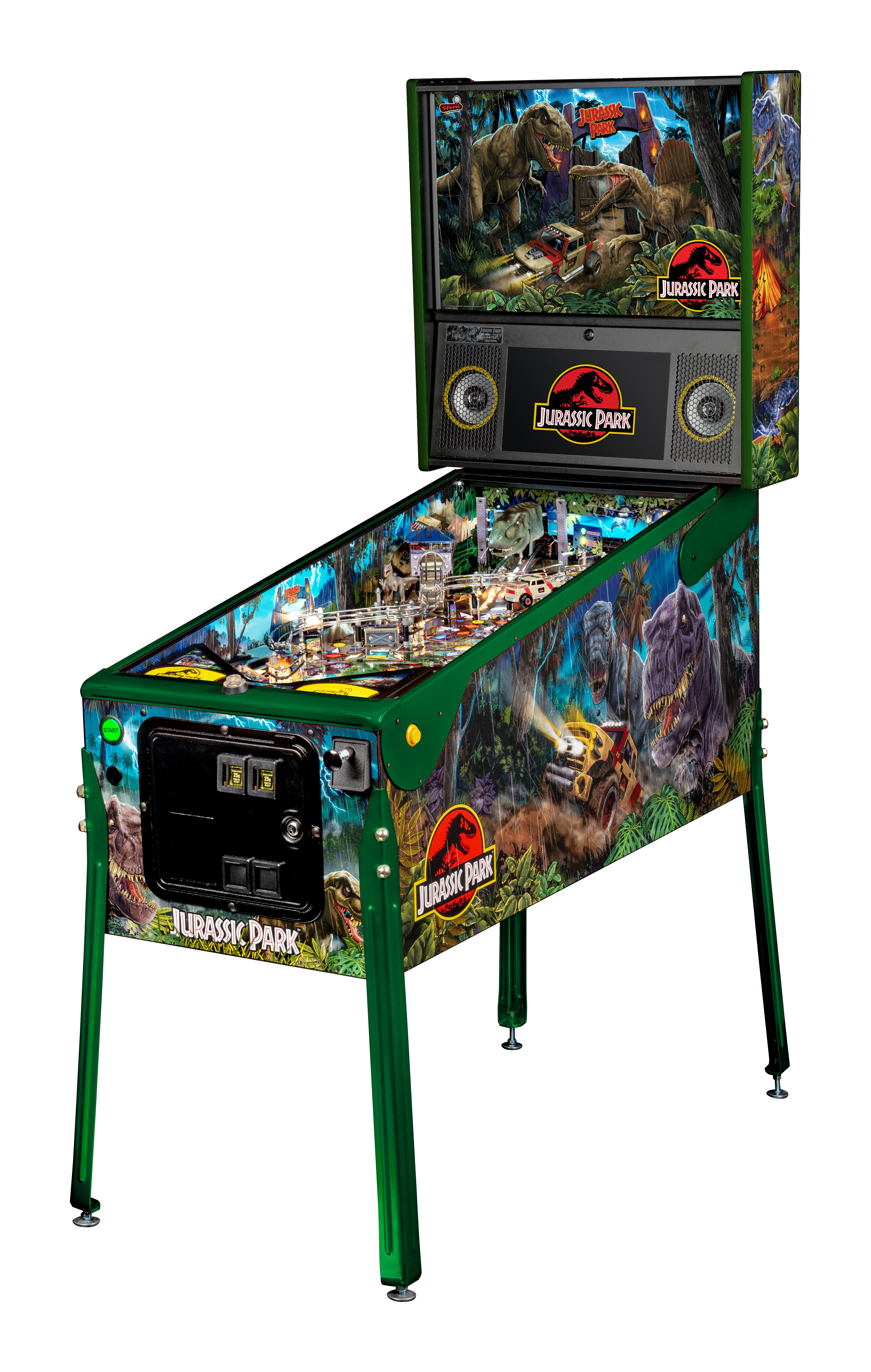 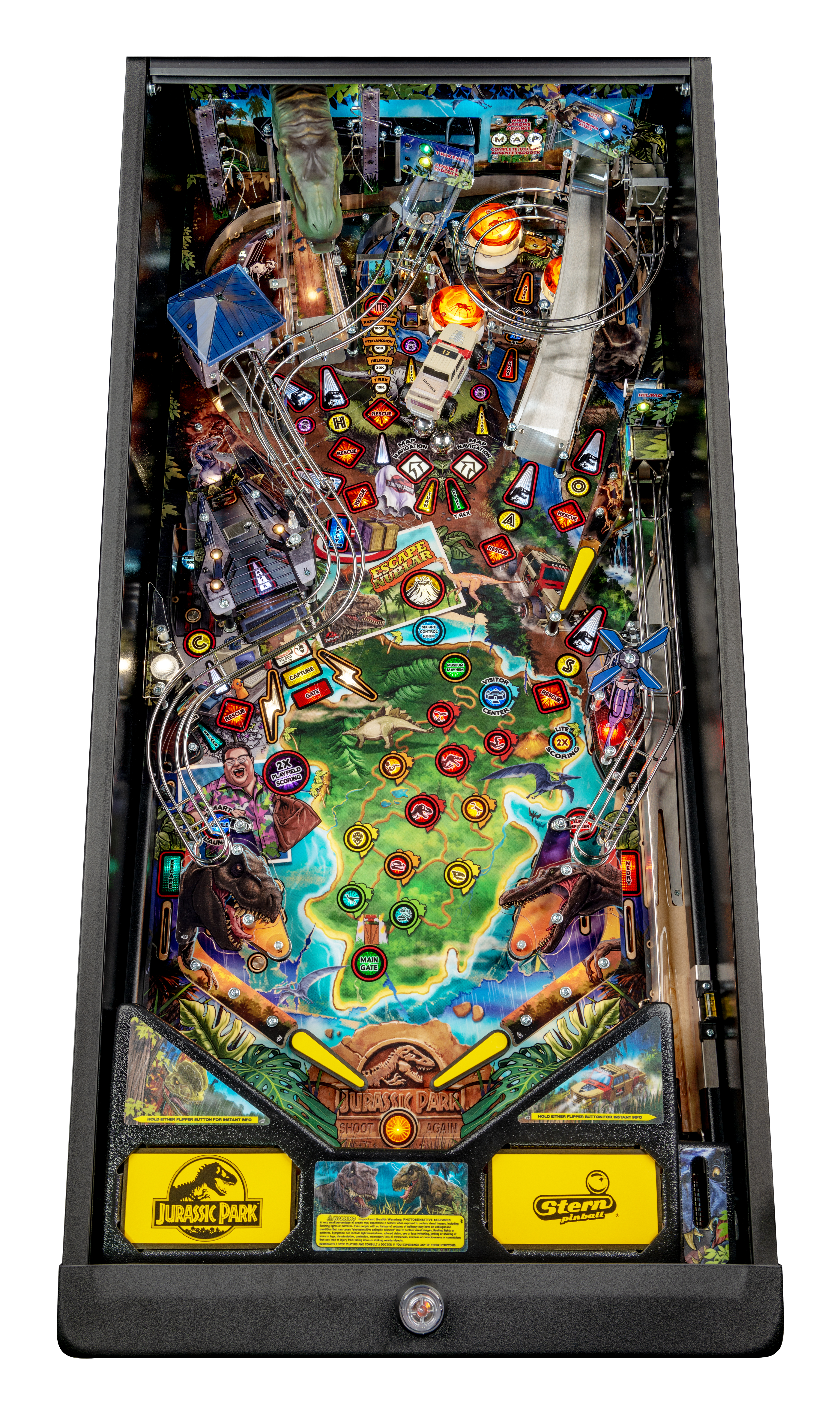 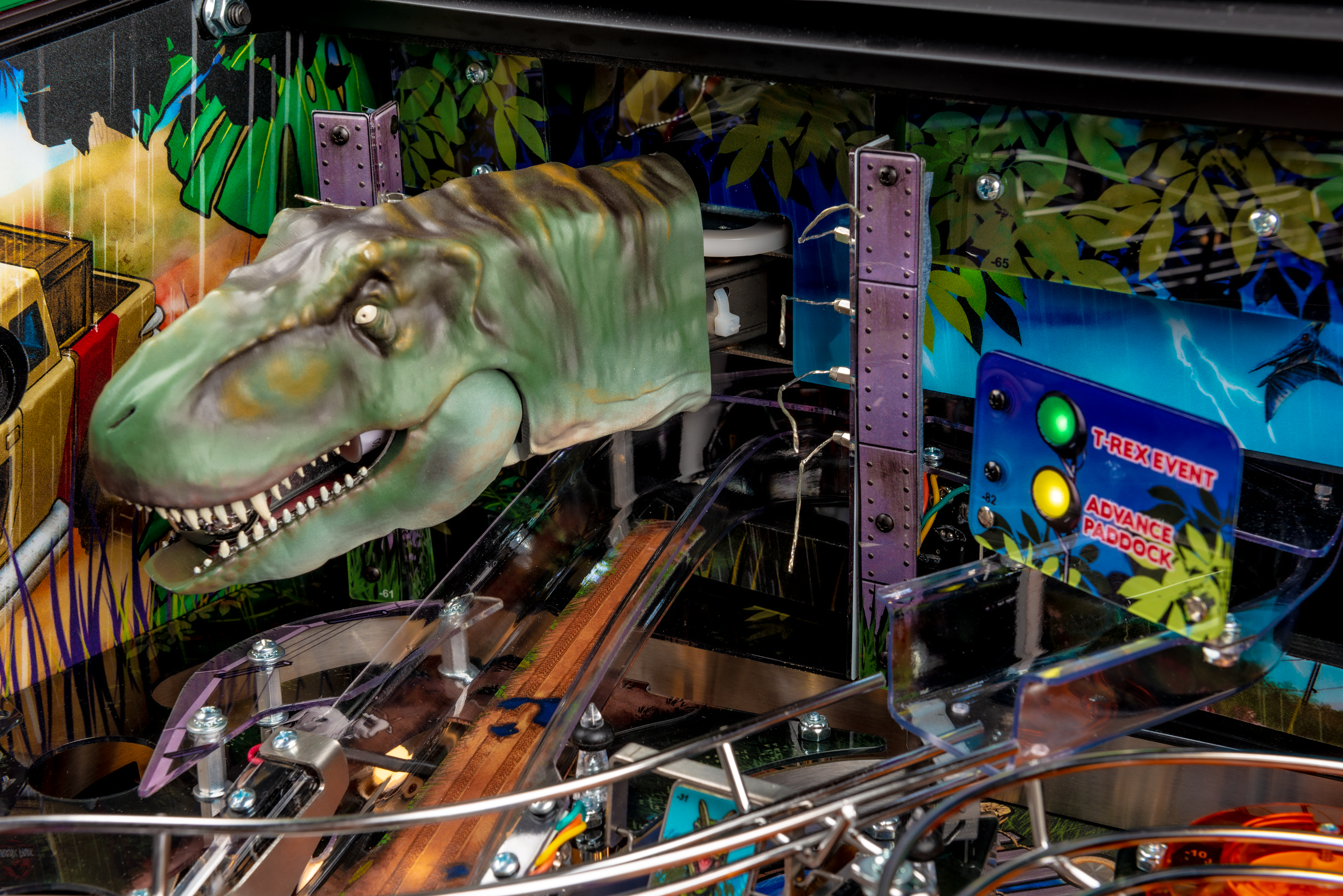 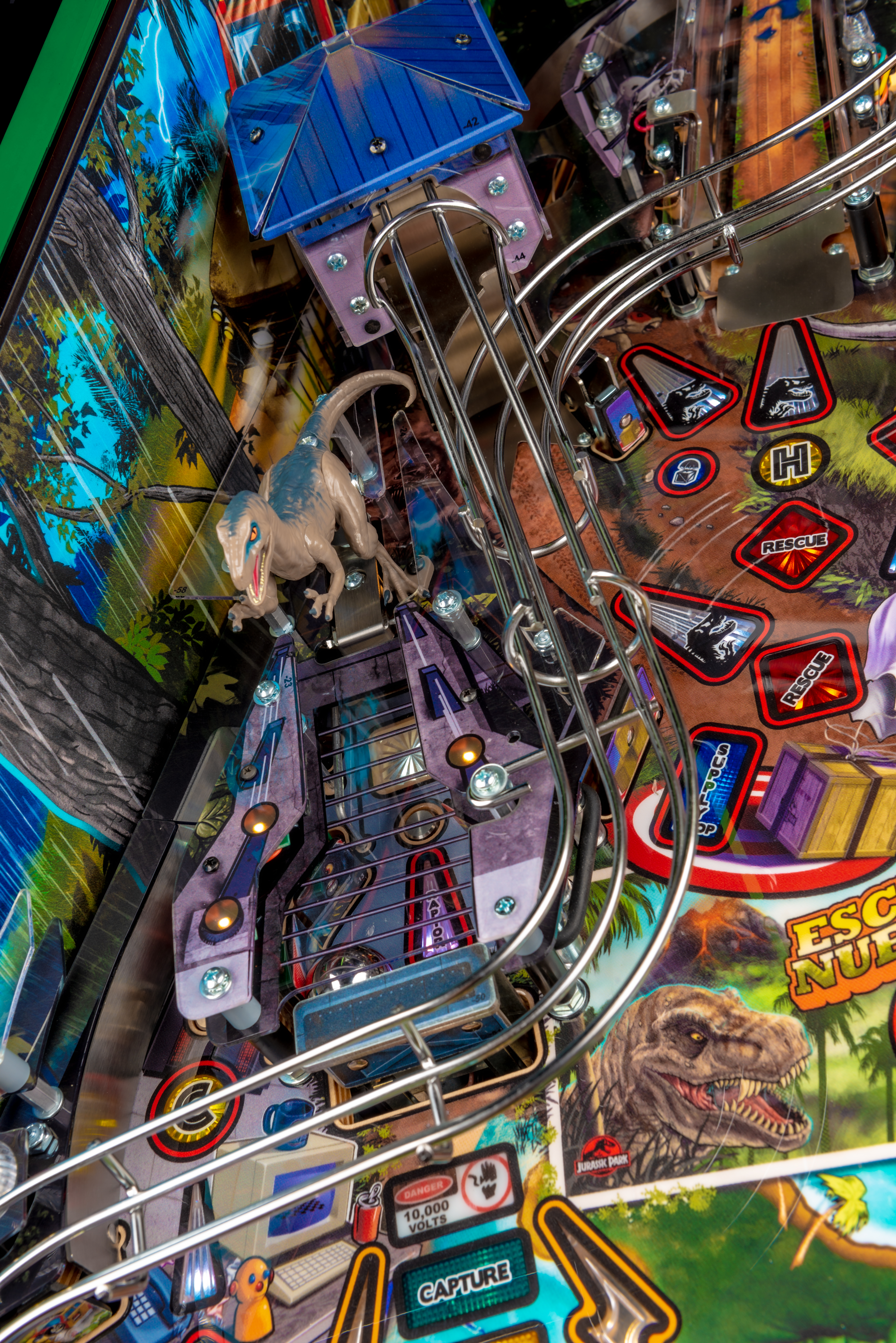 The Terrifying Raptor and its Raptor Pen

The Premium and Limited Edition models only build upon the references to Spielberg’s classic. Both models include a T-Rex head that moves—and can even eat—your pinball! A dreadful raptor pen and loose raptors are also ready to block your ball from big winnings in these editions. We also appreciate the bumpers made of amber with, of course, mosquitoes trapped inside.

A formidable T-Rex lashes out at the Jurassic Park truck on the Limited Edition cabinet, featuring green accent colors. The Premium cabinet features a terrifying raptor screaming at you with a predominantly black color scheme. Finally, the Pro cabinet features a spitting dilophosaurus and T-Rex with black accent colors. Regardless of the model, these pinball machines are still a scary fun adventure for those who dare enter the park.

If you’re itching to visit Jurassic Park, you can get one of these machines from Stern Pinball distributors and other dealers. A Pro model with cost you $5,999, while Premium and Limited Edition models with cost you $7,999 and $8,999, respectively.