Beautiful Art Made with Bacteria and a Robot - Nerdist

Beautiful Art Made with Bacteria and a Robot

In what may be the coolest confluence of art and science since drone-swarm light shows, YouTuber and researcher The Thought Emporium, a.k.a. Justin, has made tiny paintings in petri dishes using bacteria. Unlike other science-artists who wield bacteria as their medium, however, Justin used a robot to make his paintings. Which were so precise he was able to create a fantastic—glow in the dark—8-bit Link from Zelda.

Justin recently posted a video showing off how he made the bacterial paintings (at bottom). The scientist notes that his bacterial paintings are a personal take on “agar art,” which is art that uses agar; that is, a jelly like substance that scientists derive from the cell walls of certain algae. 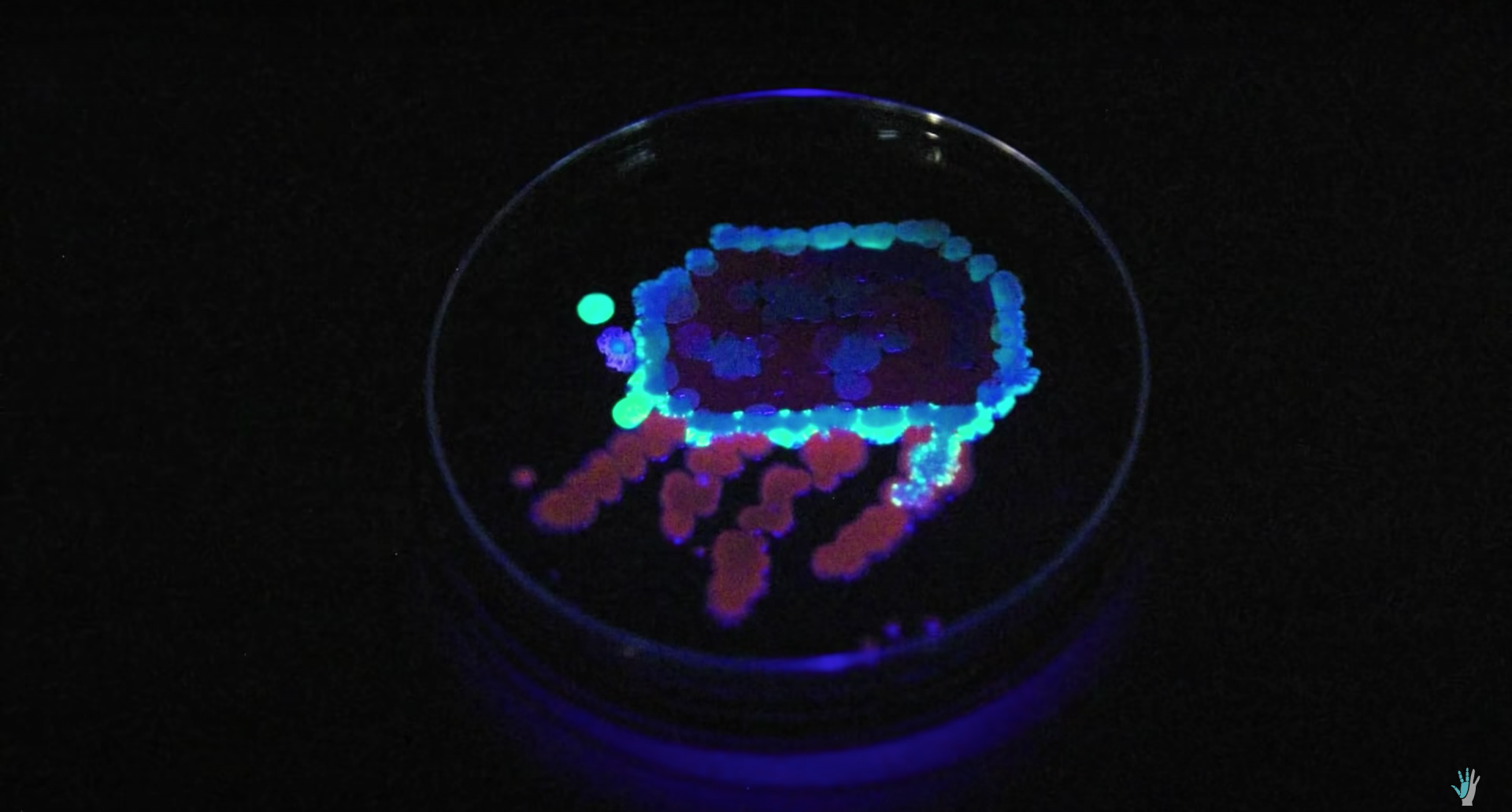 As the scientist shows about half way into his video, he uses a 3D printer of sorts, which itself utilizes a pair of pipettes to drop liquid onto surfaces, to make his agar art. Essentially, Justin uses the 3D printer’s pipettes to deliver drop after drop of liquid bacteria into precise patterns on top of dishes of agar, which the bacteria use as sustenance. 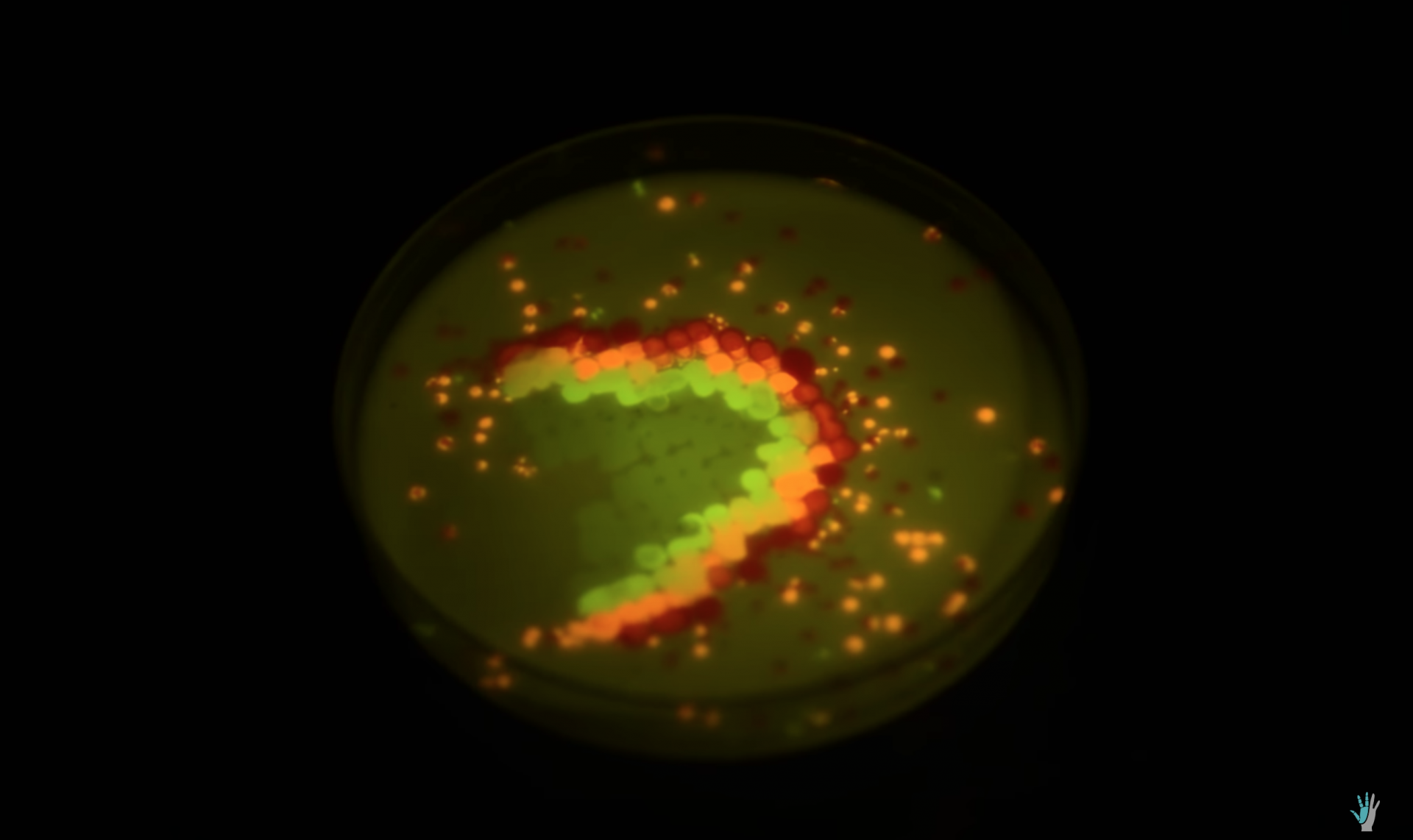 The bacteria subsequently stick in place on their spots on the agar, and, thanks to their differing colors, create images. Using different antibiotic plates for the agar, Justin also shows how he’s able to achieve a white or black background. And glow-in-the-dark images thanks to his use of bacteria that exhibit fluorescence under UV or blue light.