If you wait long enough, everything comes back into fashion. After two decades of deriding 1950s popular culture for being conformist, overly traditional, and suspicious of anything that could be labeled subversive, the 1980s saw an outpouring of nostalgia for the era. You see it in films like Back to the Future, the tunes of The Stray Cats and other rockabilly bands, and the throwback fashion styles of the early 1980s.

In some ways, it makes sense. The Reagan era of the United States was considered to be a return to traditional American values, and thus a 1950s cultural revival of sorts. But in 1986, horror films thoroughly reflected this homage to the past. Several retro-themed horror films were explicitly adapted from 1950s B-movies. Or, they had the slightly schlocky spirit of science fiction horror from that era. This mini-era celebrates the inventive genre filmmaking seen at a ’50s drive-in.

Night of the Creeps features a storyline about alien slugs landing on Earth. They wriggle their way into the human body, turning their hosts into bloodthirsty zombies. It is clearly inspired by Invasion of the Body Snatchers and other alien invasion films; however, Night of the Creeps isn’t interested in paying homage to these movies. Instead, it creates an authentic interpretation of a B-movie. It fully matches the genre’s sense of humor and charmingly nonsensical antics.

The film’s cold open is even set in the 1950s. Two teens in a Lovers’ Lane situation witness what they think is a falling star and encounter aliens. This gently guides the audience to regard this film in the context of a classic B-movie. But despite its clear reverence for 1950s horror, Night of the Creeps references all the quirky horror that came before it. Not only is it an alien invasion/zombie/slasher mashup, but it also features characters who are all named after eminent genre directors. (This includes David Cronenberg and James Cameron, who also released sci-fi-inspired horror films in that same year.)

Similarly, Little Shop of Horrors manages to do a little of both. It’s based on a non-musical film of the same name from 1960 starring Jack Nicholson in one of his first on-screen roles as a sadistic dentist. But rather than updating the setting to reflect the 1980s, the film luxuriates in retro New York City. The costumes, the Greek chorus who perform Motown-style songs, the luridly colorful creature design of Audrey II, and even the concept of a rundown little florist shop in Brooklyn all speak to a conscious desire to keep the film rooted in a late 1950s aesthetic. And despite its bright musical tone, it features a deceptively dark narrative of the familiar alien invasion trope.

Chopping Mall takes a step away from the creature-based horror design which dominated the 1950s, but is nonetheless inspired by a similar style. On the surface, it feels thoroughly rooted in the 1980s. The entire film takes place in a shopping mall, the bastion of 80s materialism. And it features a far more sophisticated brand of killer robot than would have been available in prior decades. But director Jim Wynorski repeatedly said he was inspired by the 1954 film Gog, where a supercomputer at a top-secret nuclear facility controls two high-powered robots that go on a killing spree. Even when constructing a narrative that doesn’t feel overtly reverential to 1950s B-movies, it was impossible to escape the long arm of their influence in these kitschy 1986 genre films.

Of course, we know David Cronenberg and James Cameron did things a bit differently. Their films are undoubtedly inspired by 1950s horror, but they give it a stylish upgrade. “Elevated horror,” or whatever they’re calling it these days. Cronenberg puts a new twist on The Fly, which was created to be nothing more than a silly monster movie to terrify 1950s audiences. He transforms it into a genuinely gruesome exploration of disease and decay. When Seth Brundle (Jeff Goldblum) merges with the fly, he can no longer trust his body. He can feel it deteriorating more every minute, acutely aware of how it will soon fail him entirely. Released in the midst of the AIDS crisis, The Fly’s graphic depiction of a body in decline is especially poignant. 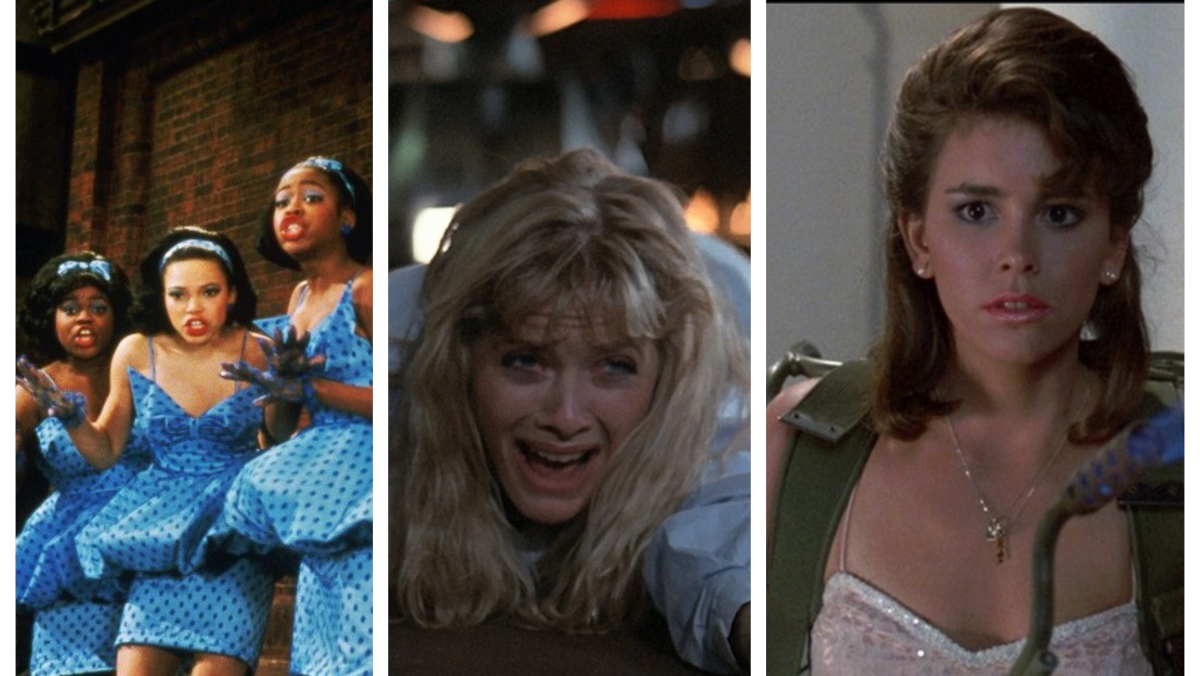 Cameron, on the other hand, inherited a 1950s sci-fi horror vibe from director Ridley Scott and writer Dan O’Bannon, who were responsible for the original Alien. O’Bannon in particular has never hesitated to acknowledge the influence of pulp science fiction on his screenplay. In fact, he said, in his own words, “I didn’t steal Alien from anybody. I stole it from everybody!”

He cites films like The Thing From Another World, Forbidden Planet, and Planet of the Vampires as clear inspirations. In taking over from Ridley Scott on the 1986 sequel to Alien, Cameron picks up the thread, further expanding in Aliens the motifs established previously. There’s the social commentary about the ultra-powerful corporation putting Ripley and her team in harm’s way for the sake of profit. But, there’s also the perpetual exploration of traditional masculinity and femininity, especially within the character of Ripley herself. (Intriguingly, both Aliens and Night of the Creeps feature the concept of unwelcome penetration from alien beings as a source of body horror.)

Why do we see so many of these types of horror films in 1986? The easiest explanation is that it’s the natural cyclical nature of filmmaking. Directors and writers reference the movies they liked as teenagers, which generally happen to have come out 20-30 years previously. There’s certainly evidence to suggest that we tend to see a repeat of trends on a roughly thirty-year cycle (the reason why, for example, everything 90s is incredibly in right now.)

It would be fun to imagine that there was some nexus event in, say, 1983 that inspired all these filmmakers to get films in production that all referenced the same subgenre of horror film from the 1950s. But more likely, it’s just a fun, quirky coincidence. For one brief, shining moment in 1986, the 1950s B-movie finally got its moment in the sun.