Everybody remembers the good ol’ soda volcanoes from school. The ones that used a mixture of vinegar, dish soap, and baking soda to make “eruptions” that were sure to garner A+ grades. But there’s a far less popular version of the demonstration that is way cooler than the exploding soda one. YouTube channel The Action Lab shows us the alternate—somewhat dangerous—version in the video below. And it blows the other one away.

The Action Lab recently posted the above video to YouTube noting that this is “the volcano reaction you didn’t do” in school. For those unfamiliar with the channel, this kind of experiment is right up its alley. Previously, the science education channel has done things like see how far you can suck liquid up a super long straw. Or run tires over lava to see the extent to which it melts them. 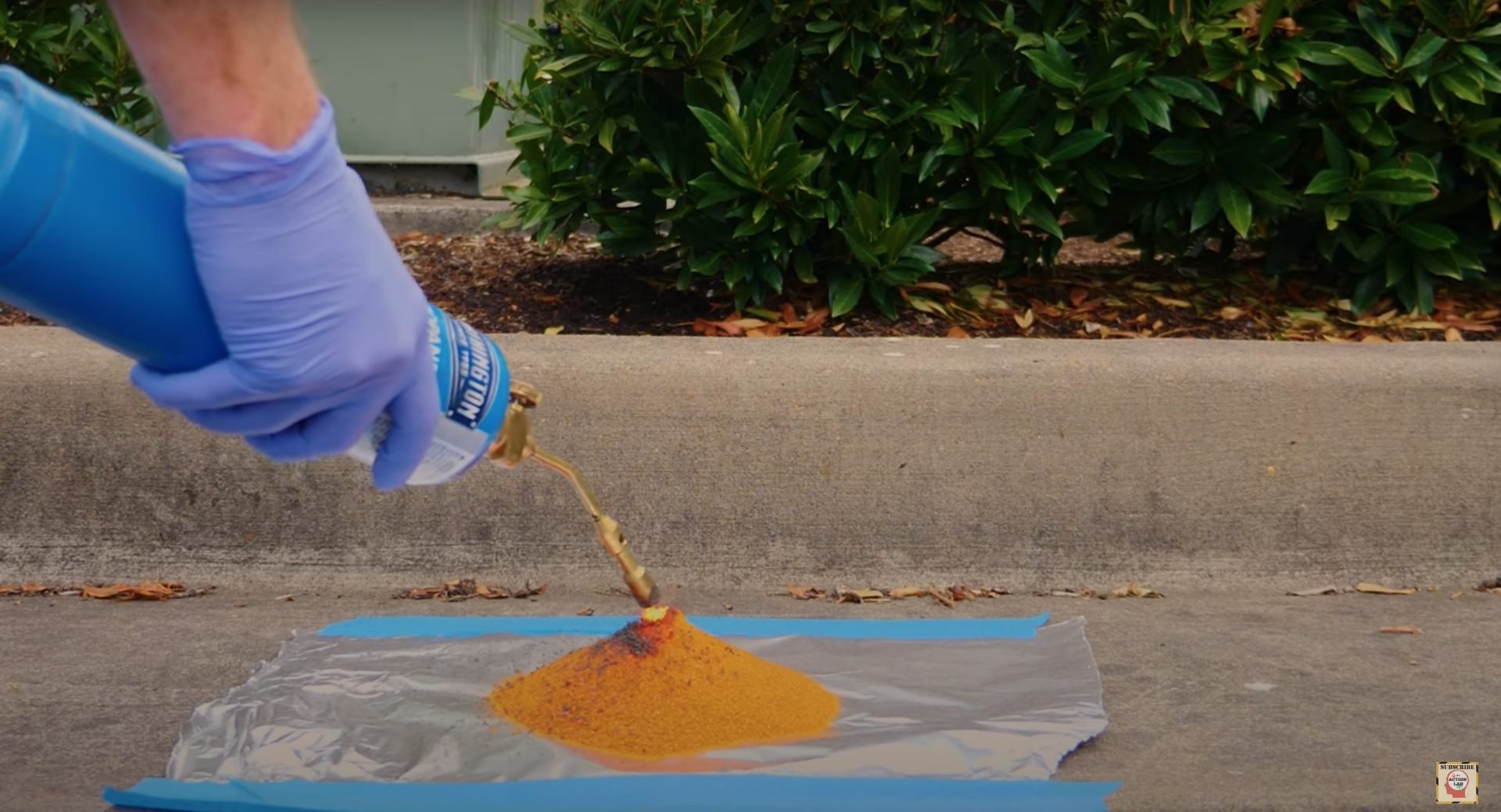 In this video the channel’s host demonstrates an ammonium dichromate reaction. This reaction, unlike the classic soda one, is actually dangerous and gives off a good amount of heat. This is because the ammonium dichromate needs to reach a temperature of 354°F in order to decompose. (That is, to break down into its constituent molecules.) Once the compound is at that temperature, however, a spectacular show starts.

Beginning around 50 seconds in the channel’s host shows a big mound of ammonium dichromate decomposing; breaking down into water, chromium oxide, and nitrogen gas. As the mound decomposes, it heats up the air around it causing an updraft that sends ash from the reaction flying. The nitrogen gas and water vapor is also expanding rapidly further adding energy to the flying bits of matter. 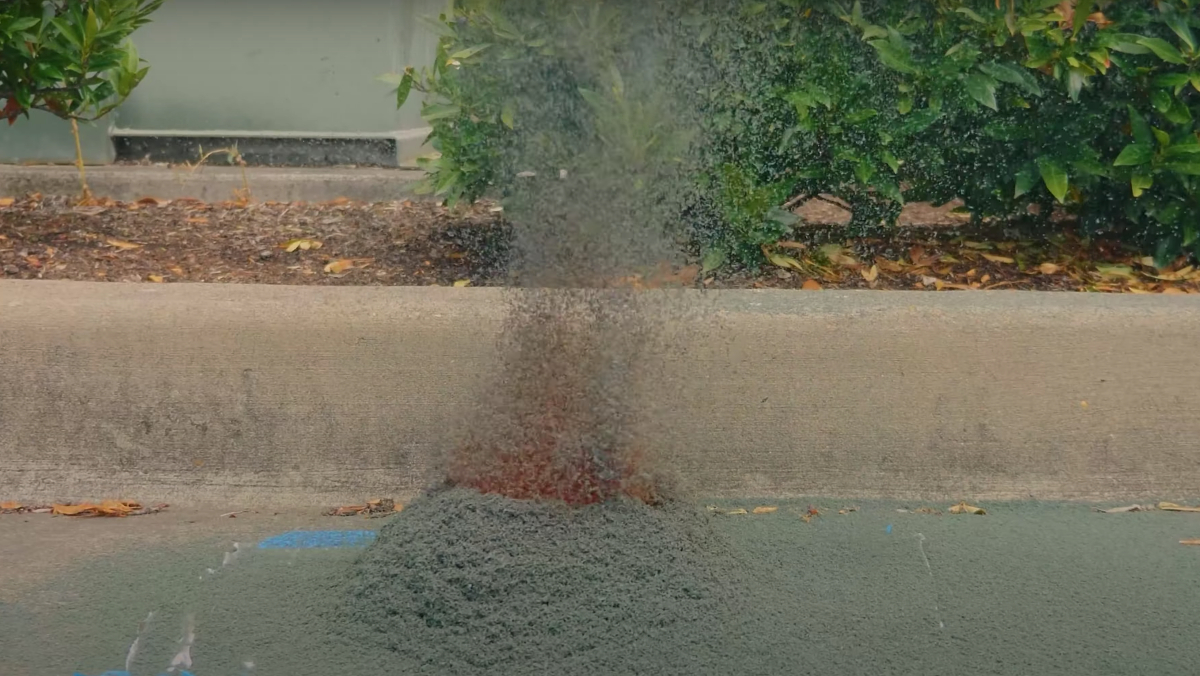 As for why kids don’t make ammonium dichromate volcanoes in school? It turns out that the inorganic compound is highly carcinogenic. Especially if you ingest it. Which, of course, is also true of lava spewing from a real volcano. Something you can actually study in an outdoor lab if you attend Syracuse University in New York.