Professors Jeff Karson and Bob Wysocki at Syracuse University in New York have invented a way to make artificial lava that looks—and burns—just like the real stuff. Science Insider recently spoke with the professors, reigniting the internet’s interest in the incredible method. One that calls for taking basalt rock from Wisconsin and melting it to 2,000°F in a big ol’ blast furnace. 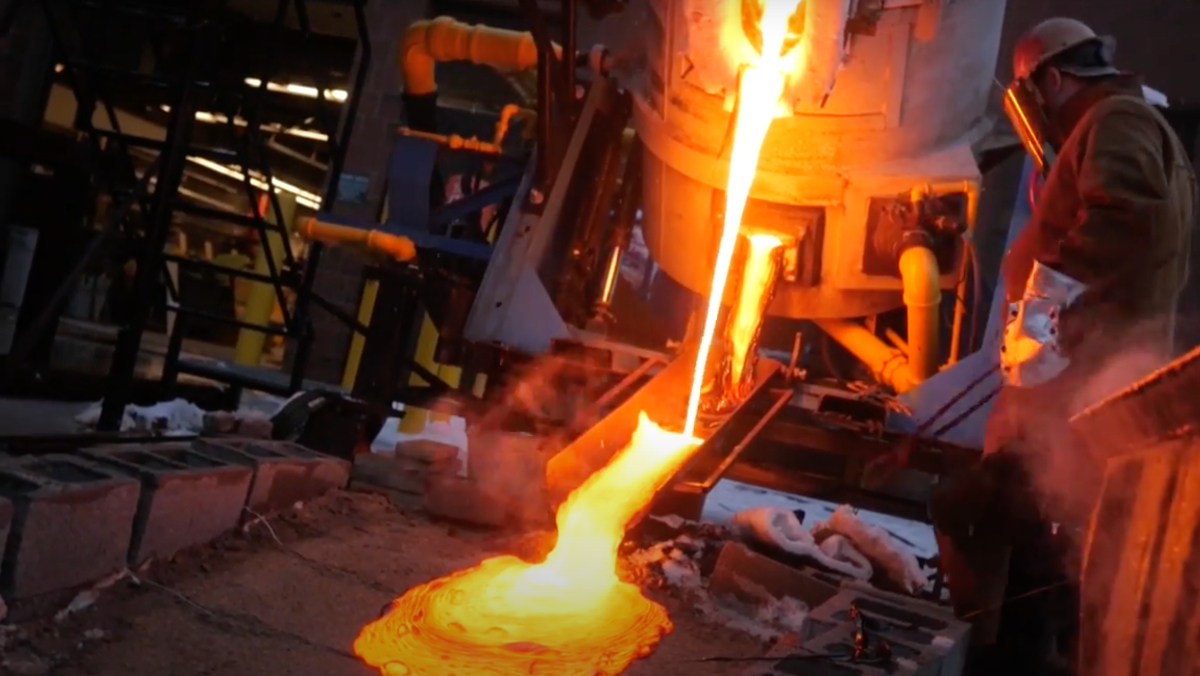 In Science Insider‘s overview, Karson, a professor of tectonics and magnetism, and Wysocki, an artist, discuss how they make their own brand of hot, fluid rock. First, as the professors note, they use a tilting blast furnace to heat and pour their lava. Then, gradually turning up the temperature, they keep approximately 800 pounds of basalt rock on boil (so to speak) until it’s an ultra-hot, viscous liquid.

The professors enable students to study the stuff up close and personal by making lava at Syracuse University. In the video above, Karson describes how students can learn from what happens when lava touches the ice. (Lots of bubbling and hissing.) The homemade lava also offers insight into the way it creases and cracks like elephant skin.

Additionally, in the video below, Christopher Sant, an Earth Sciences graduate student, shows how Karson and Wysocki’s furnace works. And in the snow, no less. The furnace’s operators begin pouring about 20 seconds in. Then they let the faux hot stuff ooze into surrounding snow. Note that the lava behaves just like the real thing. It pours in a fountain of goop that glows white-hot and then turns into darker yellows and reds as it cools in a seeping pool.

As for why Karson and Wysocki make fake lava, it’s all about the learning, of course! 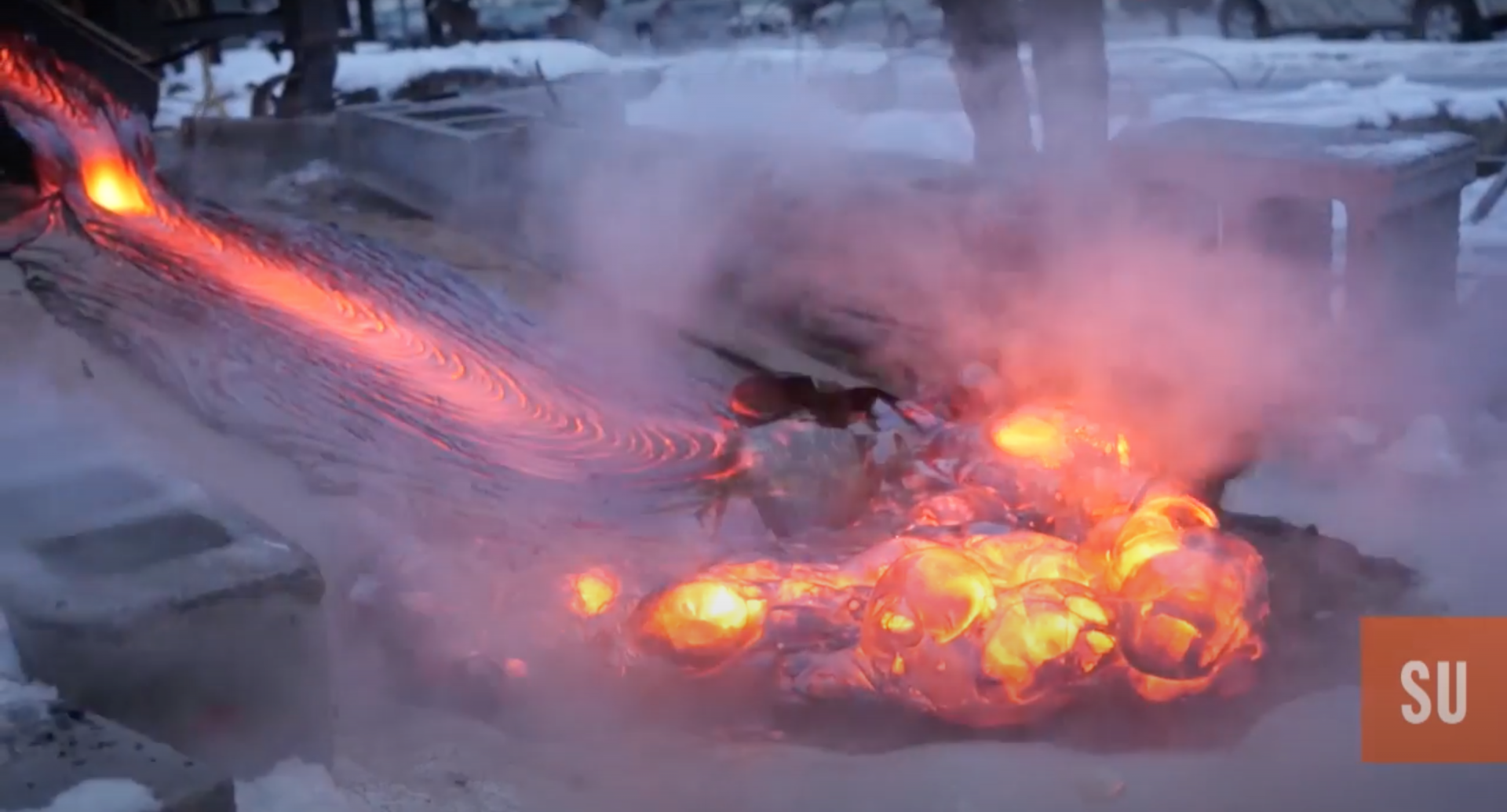 On top of helping students to learn, the fake lava also helps experts like Karson study real lava more deeply. In real-world situations, it’s—expectedly—very difficult to study hot lava coming from a fissure. With the furnace, however, researchers can analyze lava in its many forms in a controlled environment.

Although until drones come online, researchers will still need to go out into the field and risk their lives to collect real lava. Which sounds like a fun adventure, to be honest.