Another season of Saturday Night Live has come to a close. And this one took a slightly different form than the 45 prior seasons. Thanks to the COVID-19 pandemic, the cast and crew of SNL had to get a little creative. First, this begat remotely filmed virtual episodes; then, smaller-scale live productions. But as of the May 22 finale, SNL had slowly but surely reclaimed shape as the show we’ve always… well, if not always loved, watched for a sense of comforting familiarity.

Though Saturday Night Live doesn’t do too many recurring sketches these days, the series does occasionally return to one reliable well. A good number of memorable sketches have revolved around the format of the celebrity Q&A.

The latest features finale host Anya Taylor-Joy and SNL power-player Aidy Bryant interviewing the cast of a fictitious comedy series. However, the humor comes in when the questions hitting Pete Davidson don’t quite match those waged at his costars.

At first, it seems as though the sketch’s priority send-up targets the interviewers’ apparent crush on Davidson’s character. However, things get a bit more biting as their questions for the queer and POC stars showcase candy-coated ignorance and bigotry. And, eventually, significantly more overt ignorance and bigotry. These questions get increasingly dicey as the sketch carries forward; what’s more, the tension compounds by the increasingly childish exchanges between the hosts and Davidson. 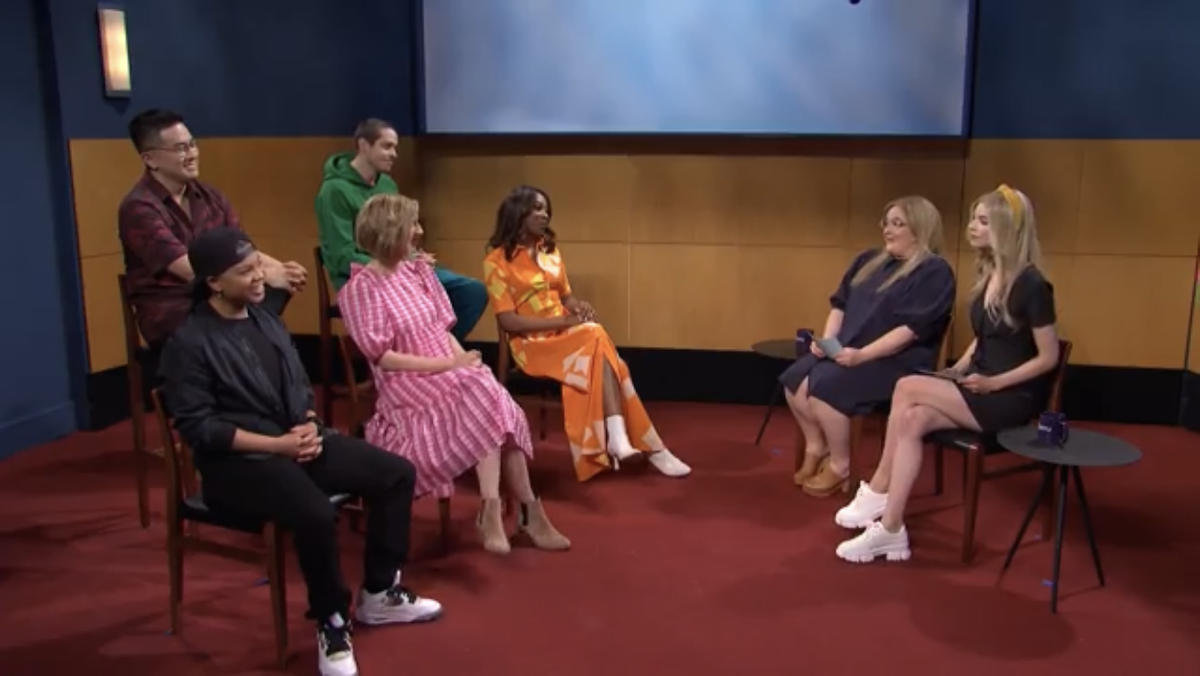 If you enjoy the awkward Q&A shtick, Saturday Night Live has mined it for similar comedic valor in the past. The series has parodied arthouse crowd chats and film festival audience reactions. This latest entry proves a worthy continuation of the trend, and we’re hoping for more satires of the like going forward. Until then, we will intently ponder the rationality in comparing dogs and frisbees. (They’re not enemies! In fact, they go great together! Who loves a frisbee more than a dog?!)