It wouldn’t be hard for Samuel L. Jackson to make us donate to his favorite charity. We’ve seen enough of his movies to know he’d merely have to yell at us. He wouldn’t even need to drop a “mother f’er.” We’d tell him our bank’s routing number at the first thought of his voice rising. Fortunately he doesn’t want to scream at anybody to put them in the giving mood. In fact, he’s going to do something nice for a fan. He’s going to sit down and enjoy a tasty cheeseburger with one lucky fan. The Avengers star is teaming up with Omaze to fly someone out to Los Angeles. There they will enjoy a “Royale With Cheese” with the actor at his favorite burger spot. But that doesn’t mean he’s not going to yell about something. In honor of this special dinner he performed dramatic readings of negative cheeseburger reviews on Yelp.

Not many actors, even ones as popular as Samuel L. Jackson, are so closely associated with a singular food. It’s impossible though to bite into a tasty burger and not think of his performance as Jules in Pulp Fiction. (It’s also impossible to watch that scene and not crave a cheeseburger.) So it’s only fitting that his new campaign with the charity organization Omaze will offer one lucky winner the opportunity to enjoy a “Royale With Cheese” and a milkshake with the star. And he promises the burger will live up to Jules’ standards.

But as Jackson notes in his video for the sweepstake, if the burger is good then the winner won’t get a chance to hear him go off on one of his trademark angry rants. Thankfully Yelp has all the angry rants anyone could ever want. They’re ripe for a dramatic performance. And those user reviews have never been even a fraction as enjoyable to read as they are listening to Samuel L. Jackson acting them out on stage.

Omaze will fly the campaign’s grand prize winner and a friend to Los Angeles. They’ll be put up at a four-star hotel during their stay before they “hang out and talk movies” with Jackson. ” They will also get to “take an awesome photo to prove” this seemingly impossible dinner really happened. However, the real reward for this sweepstake will go to Charities Aid Foundation of America. All proceeds from the campaign will go to the nonprofit organization. It works “to foster one-to-one mentoring relationships to support children in communities across the country.” 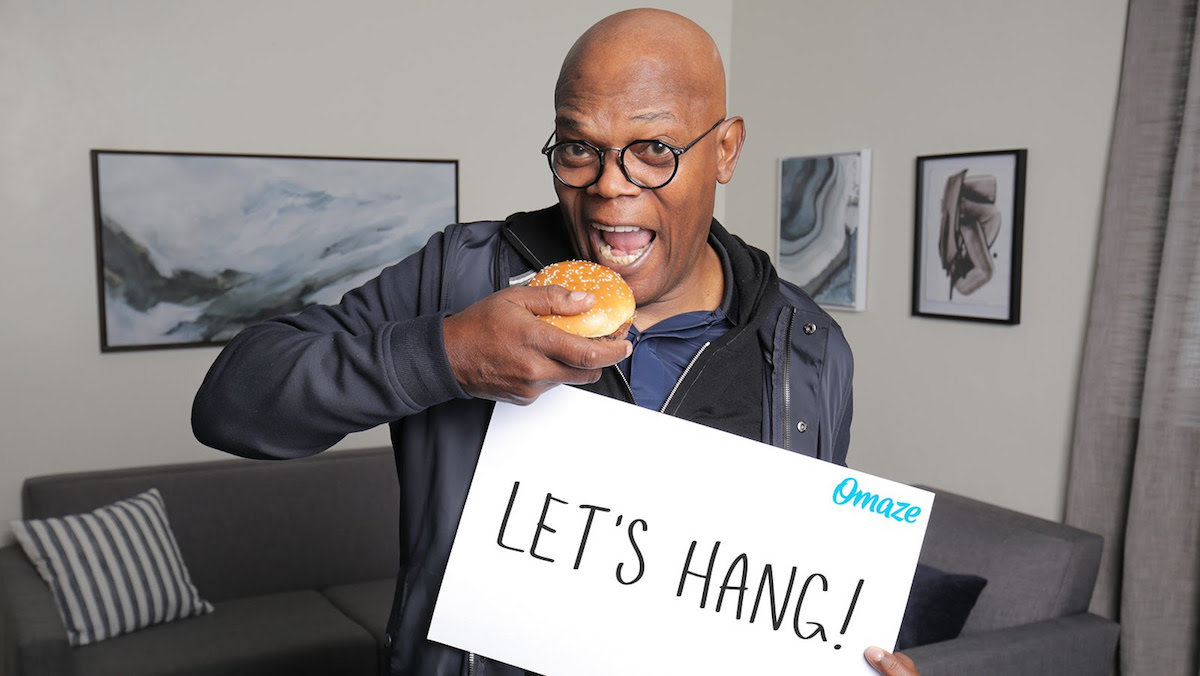 Really though, the fact that this hilarious clip exists means we’ve all already won. We don’t ever want Samuel L. Jackson to yell at us specifically. We’d much rather enjoy a “Royale With Cheese” and a delicious milkshake with him. But we always love hearing him yell at others.