Jurassic Park stars Sam Neill, Laura Dern, and Jeff Goldblum will all return to fight prehistoric animals together in Jurassic World: Dominion. But we don’t even have to see the movie to call this reunion a success. Even if the whole thing bombs like the meteorite that killed the dinosaurs it was totally worth it, because it has led to Neill and Goldblum teaming up for a couple of delightful piano duets that we would spare no expense to see them take on the road.

I Remember You #JeffGoldblum pic.twitter.com/gFAv6LGFH3

Neill posted a wonderful video to his Twitter account of him and Goldblum doing a fun, loose, and genuinely pretty rendition of the American songbook classic “ I Remember You.” The song was originally recorded in 1942. And this Jurassic Park-inspired rendition wouldn’t have felt out of place back then.

Goldblum, who in his free time also dabbles as a jazz musician, provided backing vocals and intermittent commentary for Neill’s lead vocals, in a performance that could have easily taken place in a smoky underground jazz club full of people who know they’re cooler than everyone else.

The pair followed that up with another #JamWithJeff. They sang the classic standard, “ September Song.” It originally debuted on Broadway in 1938’s Knickerbocker Holiday. And we smell a revival in the works.

Another #JamWithJeff . Hers the thing- #JeffGoldblum flatly refuses to rehearse. So every time is the first time. pic.twitter.com/I0iFmHCpUo

Neill says Goldblum “flatly refuses to rehearse” before recording, so each of these videos captures the first time they sang them together. But that’s a big part of their allure and charm, as both are performing off the cuff. (Neill can keep a straight face through Goldblum’s ad-libbing because he’s a professional.)

This is the rare case where we’re glad they didn’t think about whether or not they should, they just did. 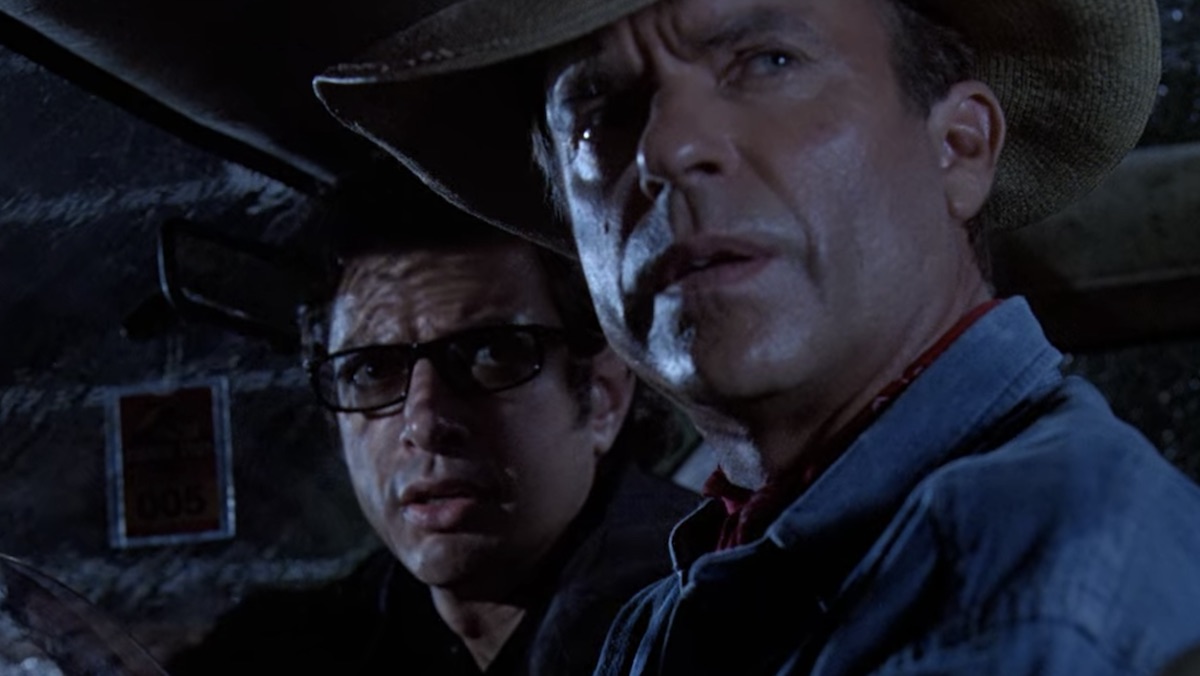 Now, do we expect to see Doctors Ian Malcolm and Allan Grant crooning together in Jurassic World: Dominion? No, but that’s okay. Just filming the movie together made these duets possible in the first place. And that means the movie is already a success.