The thing with actors is they are nothing more than professional liars. They make money by pretending to be people they aren’t. Usually that happens in front of a camera, but many also present a false image of who they are off-screen. Well, it’s time to call out two of the biggest frauds in Hollywood for who they really are, because at this point it’s clear that Ryan Reynolds and Hugh Jackman have been playing as all for fools. Oh, no, they’re still super, super nice people. It’s just that that their obviously fake “feud” isn’t even pretending to be real anymore. Not when Reynolds is narrating a coffee ad starring Jackman.

But at least it’s all for a good cause. Even if it does feature a particularly grumpy Jackman.

Reynolds performs the voiceover for a new Laughing Man Coffee ad that shows Hugh Jackman in a way we’ve never seen him before—being a jerk. The promo features the former Wolverine living an angry, isolated life in his apartment. From his loft he screams at both local kids and his own adorable dog. 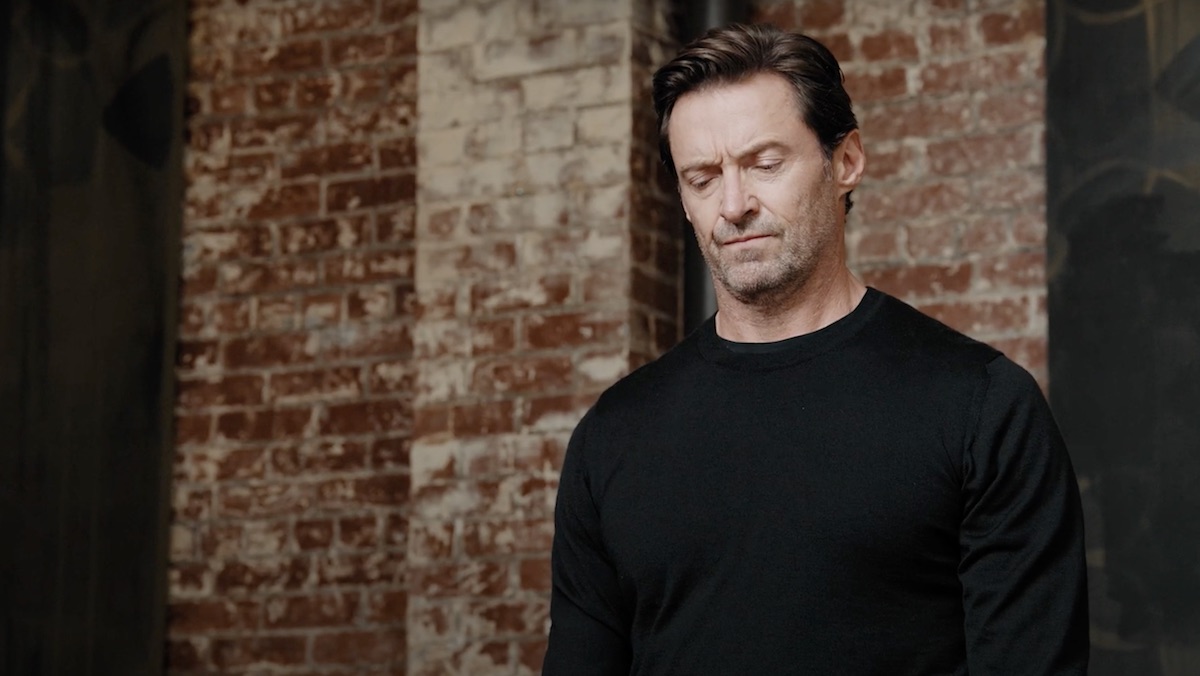 But the Greatest Showman we all know and love arrives when Jackman drinks his coffee. And that coffee is really the best part of this whole thing. As Reynolds wrote on his YouTube page, “Hugh Jackman founded Laughing Man coffee so he could give back 100% of his profits to the fair trade farmers who grow it—and also to make himself way less of an asshole. That coffee is actual magic.” Well mission accomplished on both ends.

The second best part of this commercial, though, is the bonus joke the Deadpool star got in because of this ad.

Ah, that’s the stuff. Because while this feud has always been fake, we still like to pretend it’s real.