Due to everyone sheltering in place these past several months, we’ve had some unprecedented cast reunions via Zoom, ranging from Hannibal to The Lord of the Rings. And another one just got scratched off of our reunion wish list, as much of the original X-Men cast reunited for a good cause.

And then…a certain “Merc With The Mouth” actor crashed the party. And things got really good.

Sir Patrick Stewart (Professor X), Hugh Jackman (Wolverine), Halle Berry (Storm), and Famke Janssen (Jean Grey) all got together virtually as part of the Global Goal fundraising effort. Sadly, fellow OG mutants Rebecca Romijn, James Marsden, and Anna Paquin could not attend. But in their place, this brief reunion yielded a few big surprises, including Ryan Reynolds. Yes, Deadpool was the “surprise” guest at this get-together. And his presence yielded predictably hilarious results.

He wasn’t the only surprise guest, either. The “junior” versions of Charles Xavier and Jean Grey, James McAvoy and Sophie Turner, dropped in to chat. Yes, the whole thing was totally staged for a good laugh, but that didn’t make it any less awesome to watch. 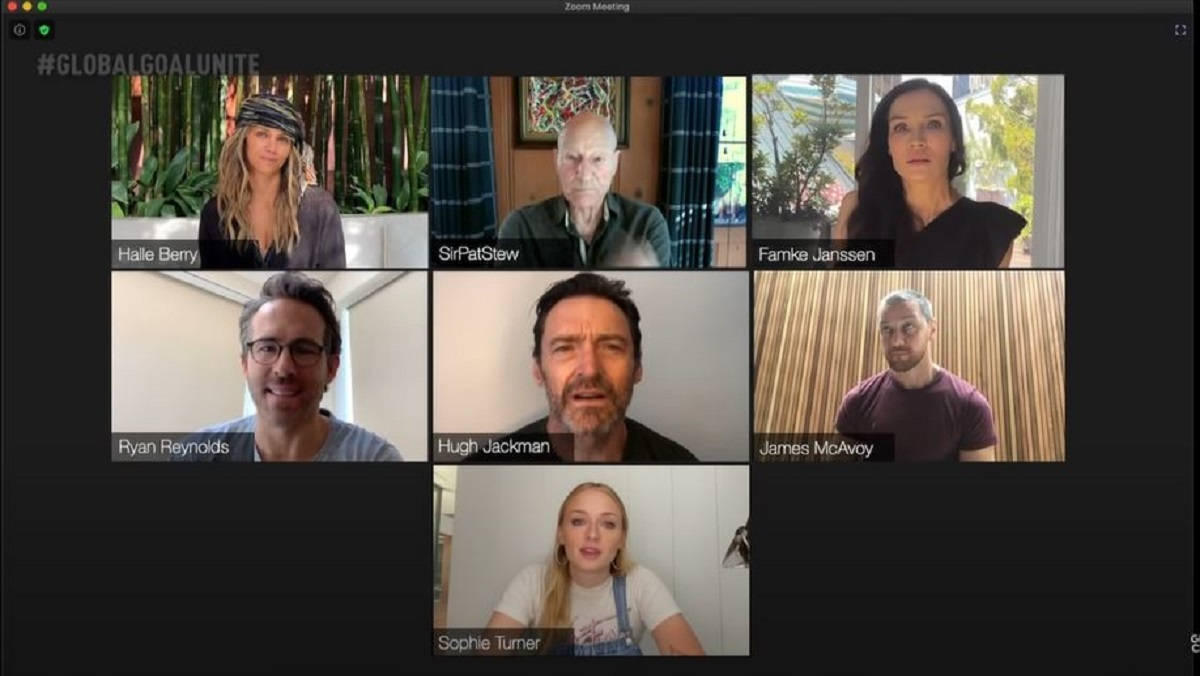 The whole reunion wound up being pretty short and sweet, and had all the actors gently poking fun at the X-Men films’ convoluted timelines. Not only that, but everyone got to pick on the runt of the X-Men franchise litter, better known as X-Men Origins: Wolverine. (Although is it even the black sheep of the family anymore? A few other X-films can sure give it a run for its money).

The X-Men cast members also got to crack wise about all the other big franchise reunions going on right now. Patrick Stewart joked about needing to run off to go to a Star Trek: The Next Generation reunion, and we honestly hope that goes from joke to reality soon. They did one for Marina Sirtis’ birthday…can the fans get one now too?? Asking for a friend.

Movies
SPIRITED Is a Broadway Musical Masquerading as a Movie, But It Still Works
Michael Walsh
5 MIN READ
SEE MORE