Green Lantern is not exactly the most popular superhero movie ever made. (To put it very, very kindly).The 2011 CGI-fest has a paltry 26% critics score on Rotten Tomatoes. And the audience number isn’t much higher at 45%. But I am not afraid to say: I am the 45%. What? It’s got lots of actors I love, and it’s big goofy fun. You know who isn’t in that 45% group with me, though? Hal Jordan himself, Ryan Reynolds. Not because he hates his own film, but because (he claims) to have never seen it. At least not until last night when he took to Twitter for a gin-inspired live-tweet watchalong.

And even I have to admit it was more enjoyable than the actual movie.

Excited to see the Snyder Cut. But ahead of its debut – and with the aid of a good amount of #AviationGin - tonight at 6pm EST I’ll do something I’ve never done: actually watch Green Lantern. Happy #StPatricksDay

While we very much doubt Reynolds’ St. Patrick’s Day viewing was his first ever of the film, it didn’t much matter. His insights and jokes about the much maligned movie were wildly entertaining.

Starting GL now. First time ever. Too early to ask for a #SnyderCut of this fucker?

Right off the bat, Reynolds really nailed what made Hal Jordan such a rogue we can root for.

This protagonist seems reckless but likable

As he also pointed out, Taika Waititi is in this film. (Though they both want us to forget that.) No movie can be that bad when he’s in it!

The family that makes hated movies together stays together.

This was not bad foreshadowing for my life as a dad pic.twitter.com/sj5jzWrWUt

Speaking of this scene, Waititi also chimed in with some memories about this awkward moment.

I seem to remember asking to leave this scene because I felt like a 3rd wheel, but was forced to stay. I like to think I had something to do with what happened afterwards. https://t.co/YsGroIYVcK

This is either an amazing joke about his co-star Mark Strong or Ryan Reynolds was real deep into the gin at this point.

One thing everyone can agree on with Green Lantern: it had an amazing cast.

Honestly, this cast is incredible.

Actually, there are many things about this film everyone can agree one.

Oath still works. I stand by my oath performance.

Especially this. (The part about missing Michael Clarke Duncan. NOT all the CGI.)

Oh, yeah, the, uh, villains. Probably can’t avoid the giant headed elephant in the room. Or the floating yellow cloud either.

We are all Hector. pic.twitter.com/kntSxQxCrN

They spent 6 hrs each day turning Peter Sarsgaard’s head into an over-inflated beach ball. But the GL suit is a onesie made from old Frogger pixels.

But for me the best tweet of the night came when he was done watching.

Maybe it’s the Aviation Gin talking, but #GreenLantern was nothing to fear! Hundreds of incredible crew and cast members did amazing work — and while it’s not perfect, it ain’t a tragedy. Next time I won’t wait a decade to watch.

Exactly! I enjoy Green Lantern exactly because it’s not a total tragedy.When something is only a near tragedy that usually means everyone walked away with a fun story. Even if that storu definitely didn’t need a CGI suit. 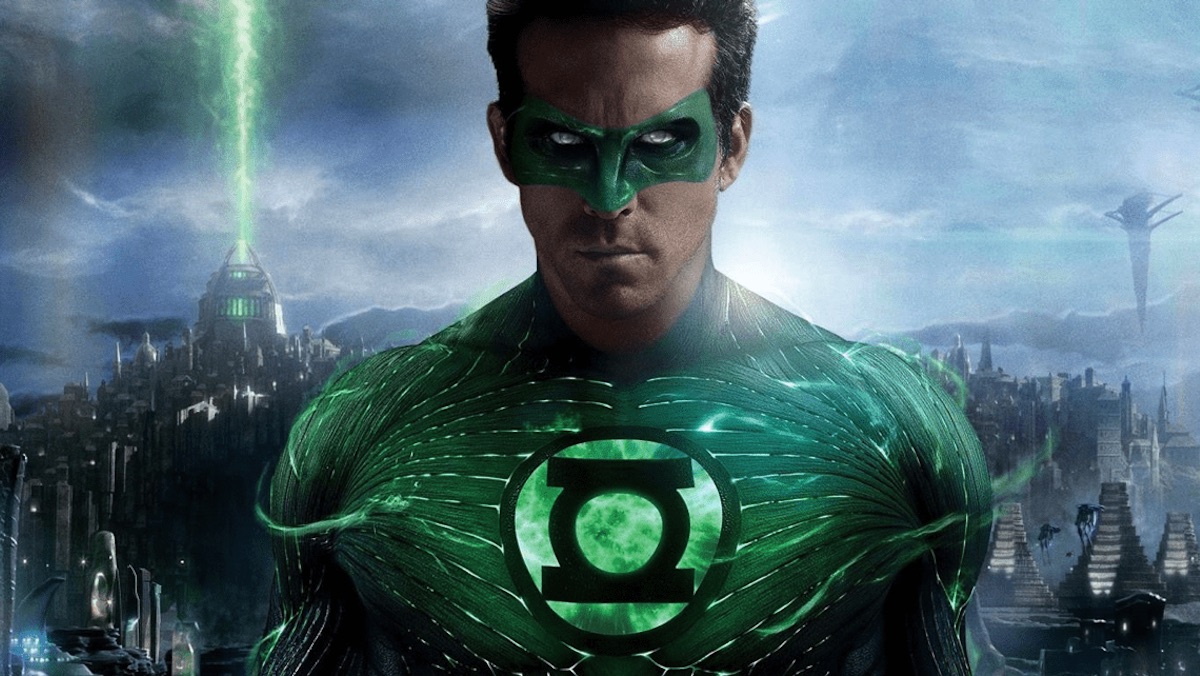